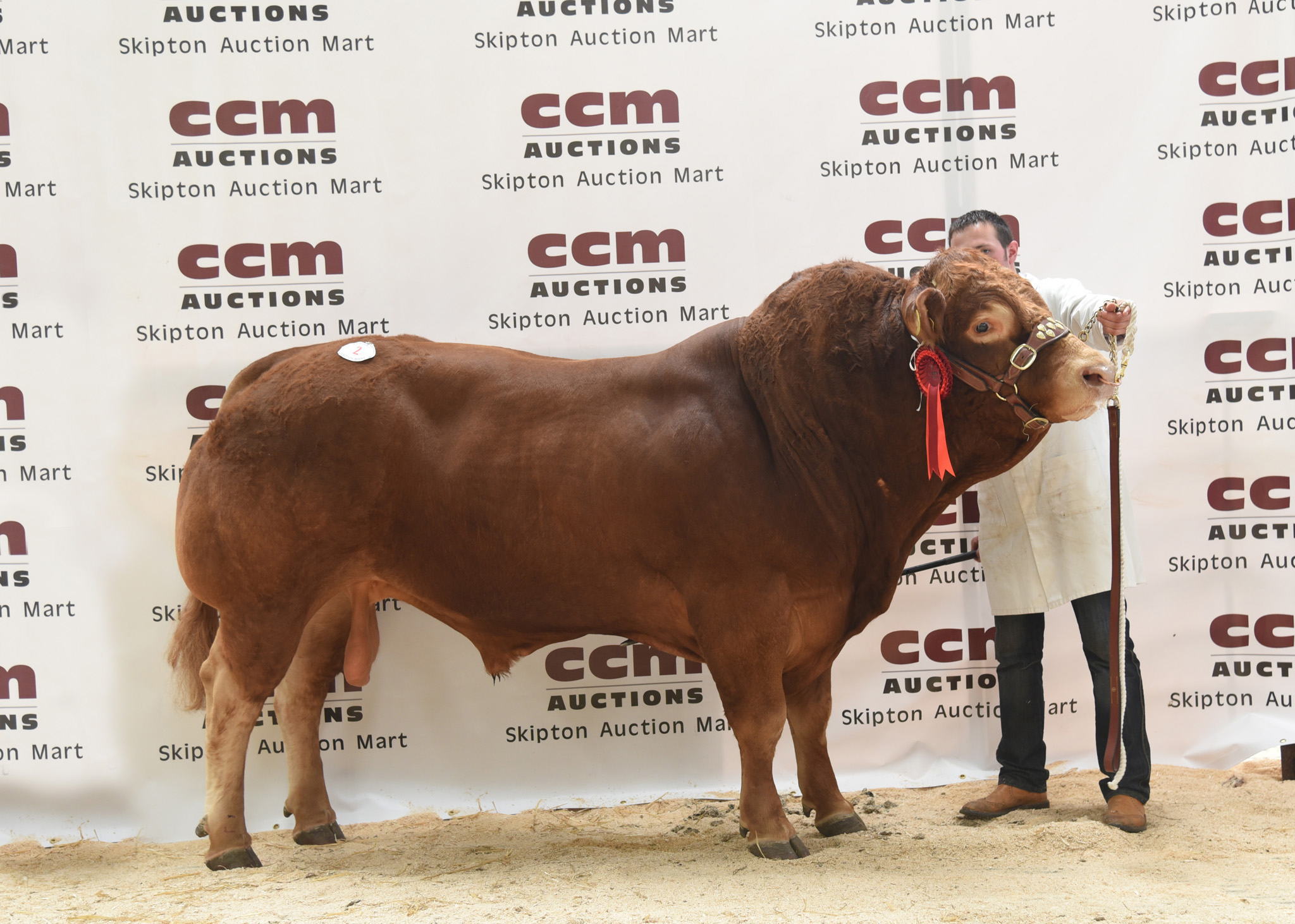 The afternoon on day one is set aside, as usual, for the show only Northern Limousin Extravaganza which is for 2017 born, halter-led, pedigree and cross-bred cattle. The show judge is Andrew Ewing of the Fairywater herd, Annan, Dumfries.

The show gives the opportunity for some pre-sale viewing of entries by potential buyers ahead of the following day’s high profile Craven Limousin Day feature, the annual spring show and sale of pedigree Limousin bulls and females. This main breed fixture is growing in stature year on year and the latest event has attracted a record 121-strong entry, comprising of 75 bulls, 36 maiden heifers and five cows with calves at foot. Both days are actively supported by the North East Limousin Breeders Club.

The fixture in 2017 saw Garrowby Hurricane return to his old hunting ground to lead the trade at 6000gns. He had won the Craven Limousin Extravaganza in 2013 where he had been purchased by Michael and Stephen Priestley for their Brontemoor herd in Cumbria. Having served his time at Brontemoor, the Glenrock Ventura son found a new home with RW Dalton of Barnard Castle.