British Limousin is the largest numerical beef breed in the United Kingdom accounting for 32% of the 1.8 million cattle registered with the British Cattle Movement Service. Each year approximately 600,000 Limousin sired cattle are registered representing an annual industry value of around £500 million. It is further estimated that some 75% of all beef cattle in the UK carry a percentage of Limousin genetics.  In the 20 years or so since BCMS (British Cattle Movement Service) was established in 1996, around 12 million calves, sired by Limousin bulls, have been registered. LMC figures also reveal the dominance of the breed in Northern Ireland. 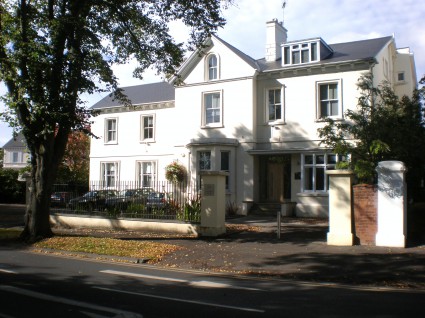 First imported into the United Kingdom from France in 1971, the Limousin breed has built its reputation on being ‘The Carcase Breed’, a breed able to produce quality beef with a low proportion of bone and fat.  Its influence on British Beef production has been borne through its advantages in calving ease, growth, milk, fertility, feed efficiency, killing-out percentage and meat yield.

2011 represented the 40th Anniversary of both the Limousin Breed and the British Limousin Cattle Society in the UK. To mark this significant milestone, a National Limousin Show & National Limousin Open Day took place in Cumbria 29-30th July 2011.

The sustained strength in demand for pedigree Limousin cattle, male and female, is reflected in pedigree sales figures each year. Trueman Jagger from Henry Savage & Sons set a Limousin new world record price, and an all-breeds UK and European record, when selling for £147,000 at Carlisle in October 2015.

The Limousin’s ability to produce ½ bred and ¾ bred carcases with excellent conformation, a top killing out percentage and a top yield of saleable meat (73.3%) make it well suited to the market needs of a consistent, quality beef product.  An early maturing breed, the Limousin provides young but mature beef in the medium weight range demanded both by butchers and supermarkets.

Limousin bulls are known for their fleshing qualities, lighter bone, fertility, and for the extra conformation they pass to all progeny, whatever the dam.  Limousin suckler cows can be found on both upland and lowland systems.  They are renowned for ease of calving and ease of management, vital factors in today’s farming economy. A good milking ability and excellent fertility is complemented by a natural hardiness and thriftiness.

The semenstore initiative, established under the trading company Limousin Solutions Ltd, has seen significant growth since its establishment in 2009. Semenstore.co.uk is an e-commerce site providing a one-stop-shop for online semen sales. Customers can search for bulls according to specific performance criteria, select and purchase via a straightforward shopping cart mechanism. Payment is taken up-front with all delivery and invoicing carried out automatically. The industry leader, Semenstore.co.uk offers semen from almost 100 Limousin bulls, 30 British Blue bulls as well as bulls from other breeds.

The British Limousin story is a remarkable one that the breed can tell over 40 years in the United Kingdom.  We rightly celebrated this in 2011 and at the same time took serious aim at the future.  From the initial import application to the UK Ministry made back in the 1960s, followed by the few pioneers importing those first 178 cattle, the breed which was largely unknown to UK farmers has now become the foremost in the country and is the industry benchmark for beef producers.

How has this happened? There are so many factors, breed pioneers and leaders, Society Councils and Chairmen have all played their parts, but mainly it is the quality of the breed, in harness with the commercial producers focussed on profit, who have driven this success.  We all have come to know the attributes of the Limousin during this period; a breed unique in the beef industry, perfectly suitable for the suckler producer, easy calved, good liveability with good growth; for the finisher, easy fleshed with good conformation and good feed conversion; for the meat processor, so versatile with excellent meat yields; and for the retailer, lean beef with a fine tender grain.  It was therefore perhaps unsurprising, but extremely welcome nonetheless, that the international research highlighting the F94L ‘Profit’ gene has given full confirmation to what we Limousin enthusiasts have long thought and believed.

The F94L gene, a modification of the myostatin gene, has been shown in international research to increase the weight of prime cuts in animals by as much as 19% and overall beef yield by 7%.  Published research has shown that in addition to the increased weight of prime cuts, and overall beef yield, animals with two copies of the F94L gene consume the same amount of feed as animals with no copies of the gene and as such are more efficient at producing beef.  The F94L gene also causes a 20 percent reduction in intramuscular fat and a 30 percent reduction in external fat cover resulting in healthier beef as well as higher yields of retail beef from each carcase.   Almost exclusive to the breed, the F94L gene is found with high frequency in Limousin cattle.