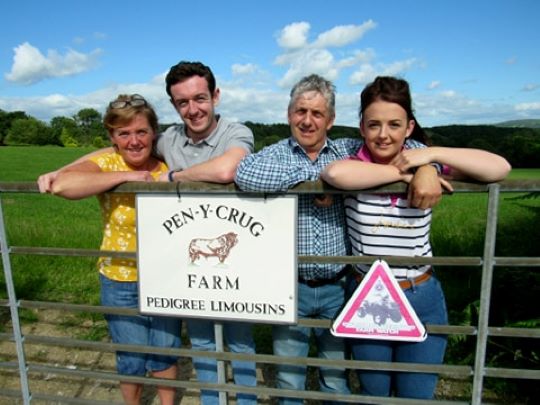 By Kind Permission of the Price Family, Penycrug Farm.

A day out in the rolling hills of Mid-Wales, admiring livestock and meeting like-minded people is something we are all longing to enjoy. It makes it especially important to put the Beulah Open Day in the diary for Saturday 5th September 2020. The day will take place at Penycrug Farm, Llanafan Fawr, just a stone’s throw from Builth Wells, easily accessible from the borders and beyond!

Penycrug is home to the ‘Beulah’ prefix of pedigree Beulah sheep and Limousin Cattle. The Price Family team farm just over 200 acres, running 30 pedigree Limousin cows alongside a flock of Beulah and Welsh Mule ewes.

Mervyn has been farming since he left school in the late ’70s, moving to Penycrug when he married wife Jackie in 1990. Shortly after in 1993, son Ieuan was born, closely followed by their daughter Rhian in 1995. Ieuan works for Dyfed Powys Police and often lends a helping hand on the farm. Daughter Rhian lives at home and is a mobile hairdresser by day. Rhian is very interested in the home farm and is no stranger to the show and sale rings!

The Beulah prefix was established in 2007. The farm prides itself on their high herd health status which boasts BVD accredited and Johnes level 1, which they have upheld for many years; keeping a close eye on their status reduces the impact of disease, one of the keys to the herd’s productivity. Since 2007 the farm has AI’d all cattle to access the best pedigree genetics on offer, using the likes of Objat, Gunnerfleet Hicks, and Gunnerfleet Lion. In recent years, the farm has bred show potential calves by crossing pedigree Limousin cows with British Blue bulls, then selling the calves at Brecon Potential Sale in February. 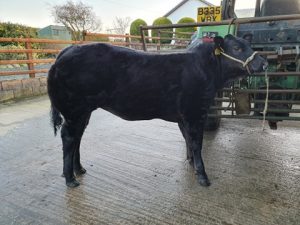 ‘Keeping a suckler herd, the Limousin breed was an obvious choice for our system’ Mervyn says. They were attracted by easy calving, excellent muscle development, beef values and growth rates all of which the Limousin breed boasts.  The family look carefully when choosing AI bulls, ensuring these factors remain at the heart of the herd.

The Beulah Prefix is a familiar name within the cattle circle the herd have had many successful moments to pick from! Kicking off with their first visit to Borderway in February 2009, the herd made a statement; gaining 2nd in their class with Beulah CocaCola, who then sold to the Hartsideanew Herd for 14,000gns.  Success continues in Carlisle for the herd, selling Beulah Ernie, Ferrari and Fivestar each achieving more than 7,000gns.

A highlight of last summer was the success with Beulah Otty, shown throughout the season in the capable hands of father and son team, John and Ifan Phillips. Otty promotes a strong profile with five summer interbreed titles and went on to win her class in November’s Borderway Agri Expo in Carlisle. After Otty’s success further afield she returned home, going onto lead the pedigree classes at the Welsh Winter Fair, winning a strong class of Limousin heifers, Reserve Supreme Champion Heifer and Reserve supreme Overall Cattle Champion.

The Price family have bred Beulah sheep for over 60 years. Mervyn’s Father, Bryn Price, was one of the founding members of the society. Following in his father’s footsteps, Mervyn and family farm 420 ewes, keeping around 150 ewe lambs a year for replacements. The family sell ewes for breeding purposes at registered society sales held a stone’s throw from the farm, at Builth Wells Market and the Royal Welsh Showground. Pedigree ewe lambs are sold in the October sale at Welshpool Livestock Market, an hour North of the farm. Alongside this, the remainder are crossed with Beltex X Texel rams and are sold as couples the following May. 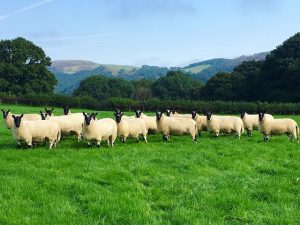 When it comes to Beulah sheep, very few society sales are left without Penycrug making a statement at the top! Setting the breed record for three-year-old ewes with a champion pen of 20, at £285 per head. The Price family also uphold the Mule ewe lamb record at £228 per head. The prefix’s home record is 7,900gns set in 2017 with a homebred shearling ram. The family are familiar faces at the local shows, including the Royal Welsh Show, claiming Breed Champion numerous times alongside Reserve Supreme Champion Group of Three in 2015. 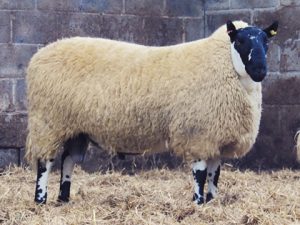 The British Limousin Cattle Society Breed Secretary Will Ketley commented ‘I wish the Price Family every success for the event. I am looking forward to meeting members on the day’. Preperation at Penycrug is well under way and the family are looking forward to welcoming everyone to Penycrug, to look at the excellent stock they produce, hopefully with some excellent weather to match! 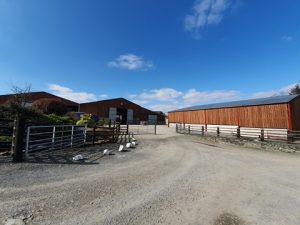 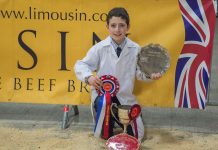 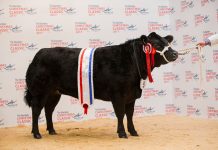 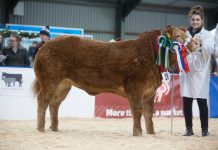 GARNEDD MODEL WALTZES TO VICTORY AT THE WINTER STOCK FESTIVAL 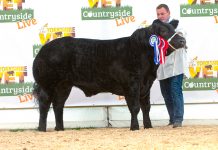 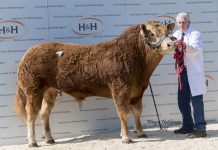