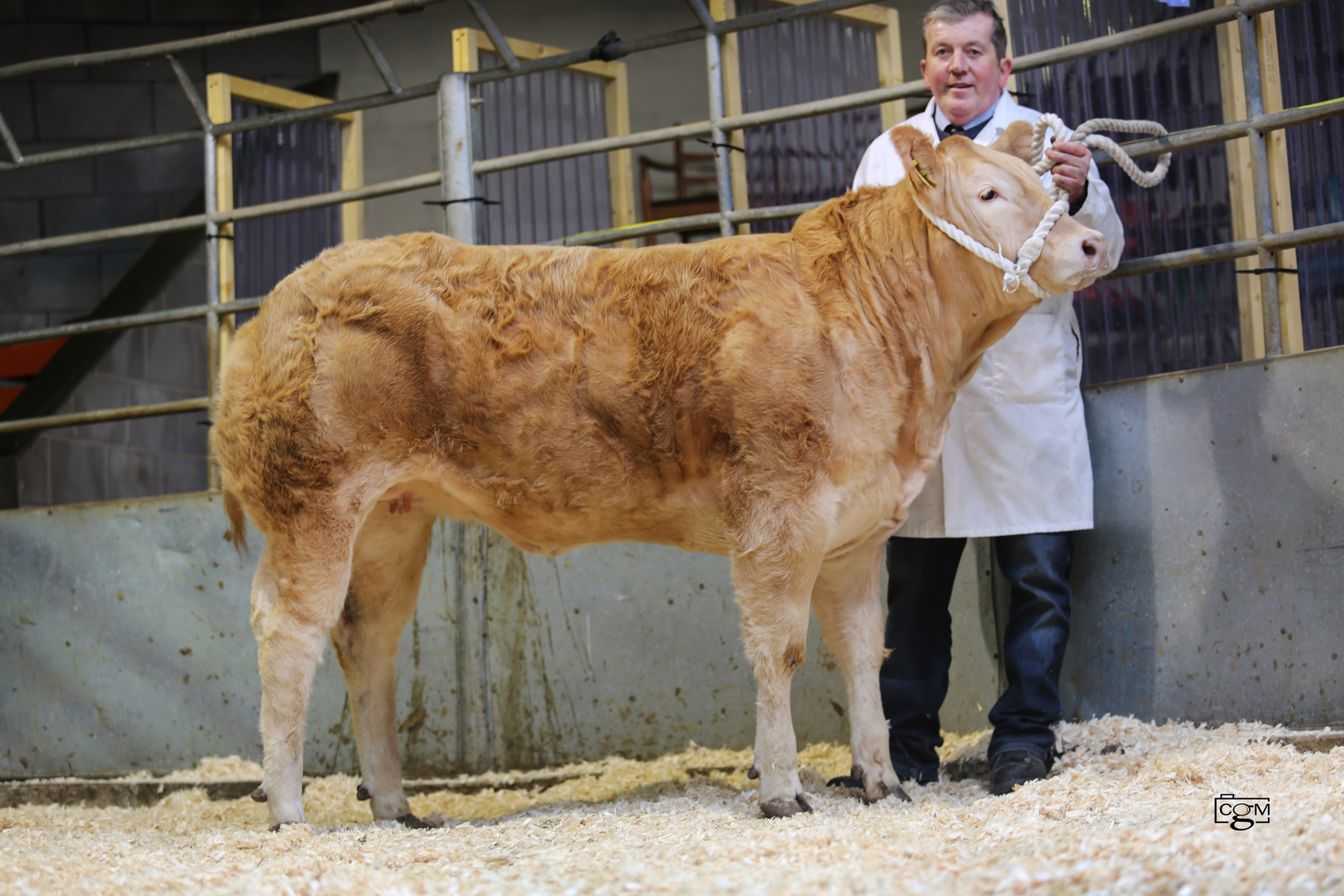 A top call of £5,350 was among a number of highlights at McCartneys’ sale of show potential calves at Brecon on Saturday 12th February – a sale which yet again saw Limousin-sired calves dominate proceedings.

Securing the highest price on the day of £5,350 was Pure Gold, a Limousin-cross heifer from Colin & Wendy Phillips, Weobley, Herefordshire. By Ballyrickard Pluto, a privately purchased stock bull, she is out of a homebred cross cow. She sold to Messrs WP & JM Pritchard, Norton Cannon, Herefordshire, with plans for flushing.

Second top at £5,000 was another Limousin heifer, this time Tysiaf Sweetpea from Phil & Tracey Jones, Erwood, Builth Wells. Sired by Garnedd Oatabix and out of Tysiaf Octavia, this purebred Limousin heifer stood first in her class and found a new home with Colin Harris, Torrington, Devon.

Then at £4,500 came Starlight, a Limousin-cross heifer from mother and daughter team Wendy Morgan & Caryl Howells, Llandeusant, Carms. By the family’s stock bull Garnedd Notice, this one took second place in the pre-sale show and sold to Sean Marsh, Dover, Kent.

Limousin breeding also shone through in the championship line-up under judge Paul Tippetts, Shifnal, Shropshire, as he tapped out Tango, a Limousin-cross heifer by Beulah Jurassic and out of a Limousin dam from Rob Jones & Family, Builth Wells, Powys. Purchased for £3850, she now joins the Foxhill Livestock show team of Michael & Melanie Alford, Cullompton, Devon.

Messrs Mills, Llanafanfawr, Builth Wells, then took £3750 for their best of the day, a Limousin-cross heifer out of a British Blue cross cow. She was knocked down to Phil & Sharon Sellers, Lincoln.

Top priced bullock of the day and top price in the unhaltered section was Omicron, a Limousin-cross from LJ & GV Rea, Dursley, Glos. This one is by the AI sire Lodge Hamlet and sold at £3,600 to join previous purchaser Colin Harris.

Next up in the steer section was Red Alert, a Limousin-cross from DG & E Lewis, Plumsaint, Carms. This one was taken at £2,550 by D Thomas, Lampeter.