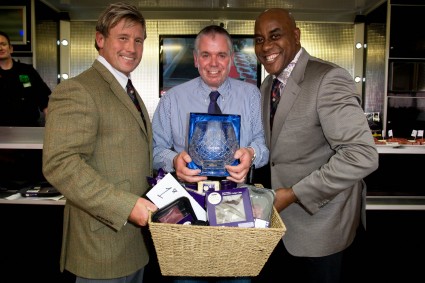 The taste and eating quality of Limousin beef was again to the fore as a steak from a 19 month old Limousin sired heifer won the top accolade in the Asda/ABP Beeflink steak competition held at the Royal Highland Show, Edinburgh.

This is the tenth ‘steak tasting’ title that the breed has won in the limited competitions held in the UK since 2002.

The winning steak at this year’s Royal Highland came from a 311kg carcass consigned to ABP’s Perth abattoir by Nairn-based farmers James and Donald Fraser of J M Fraser and Sons. This one is one of 120 cattle finished annually on the farm which carries a 110-cow British Blue cross suckler herd which are put to Limousin bulls. A few show calves are sold each year through Dingwall and Thainstone, with the remainder finished on farm. James Fraser said he was delighted with the win, more so as it was the first time the partnership had entered the competition.

“I was over the moon last week when we found out we’d qualified for the final eight, to win something on this scale is simply amazing.”

The steaks were again judged by celebrity chef Ainsley Harriot and a taste panel from the crowd.  In third spot was a steak from a Limousin cross heifer Thomas Sands. This one came from a carcase that weighed in at 310kg having been slaughtered at 22 months of age.

Asda’s senior meat trader Jim Viggars was on hand to present the prizes, and he commented on the high quality of all the entries.

“To have such a fantastic selection of steaks to pick a winner from is testament to the excellent cattle that Scottish farmers supply Asda with week in, week out.  “We are delighted with the number of entries we’ve received for the competition and the quality of the steaks on show made for a great spectacle.”

In congratulating Mr. Fraser, Iain Kerr, the Chief Executive of the British Limousin Cattle Society, said; “the number of wins that Limousin steaks continue to have in these ‘blind’ tasting competitions underlines the consistency of Limousin beef in taste, flavour and tenderness.  To have such a large market share of cattle combined with this level of product quality is quite a package,” he said. 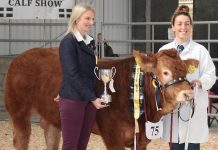 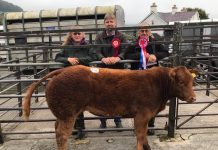