The British Limousin Cattle Society (BLCS) has initiated a Bull Buyer’s survey of over 1500 pedigree Limousin bulls sold at official Society sales throughout 2008 and 2009.

Buyers in the period, from across the United Kingdom, have been sent a wide ranging questionnaire covering their criteria for purchasing to how satisfied they have been with all aspects of the performance of their Limousin bulls to date.  The survey will ask purchasers the importance they place on areas such as pre-sale inspections, herd health information, and performance figures.  Thereafter questions will concentrate on the all-round working abilities of the bull including fertility, calving, docility, and quality and performance of progeny through to marketing.  An overall approval rating will be asked for and the survey respondents will also have the opportunity to comment generally on the Limousin breed and their thoughts on its future development. 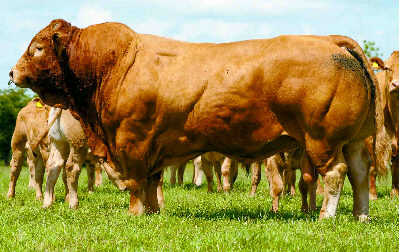 Approximately 600,000 Limousin sired calves are registered annually with the British Cattle Movement Service, a 32% market share that equates to a considered annual Limousin industry value of some £400 Million. As such, the British Limousin Cattle Society has placed emphasis on seeking the views of its commercial customer base and following the progress of bulls sold through its sales.  In commenting, the BLCS Chief Executive Iain Kerr said that feedback from the buyers’ survey was just one element of longer term breed planning and development.  “In addition to the bull buyers’ survey the Society will also be seeking the views of breeders, processors and retailers, on the performance and future priorities of the breed,” he said.  “The forward aim is always to keep the breed focused and relevant to the needs of the market place, and to maximise returns at every level.  In providing choices and directions for the future it is important to have the input of Limousin users at every level of the industry.”

The Limousin Bull Buyers’ survey will be conducted from present through until mid-November.  Thereafter, in the first instance, an overall summary of replies will be published to allow breeders the opportunity to consider the collective views of Limousin bull buyers.