Limousin sired cattle dominated the championships at this week’s Royal Highland Winter Fair, Ingliston, with the breed scoring a double in the overall championships and featuring in every section championship in the prime cattle.

In what is the breed’s 40th anniversary year and the Scottish Fatstock Club’s 100th year, it was fitting that the animal which led the way came from young cattle enthusiasts Jennifer Hyslop, Balluskie, Girvan in partnership with Andrew Richardson, Low Bank End, Appleby. 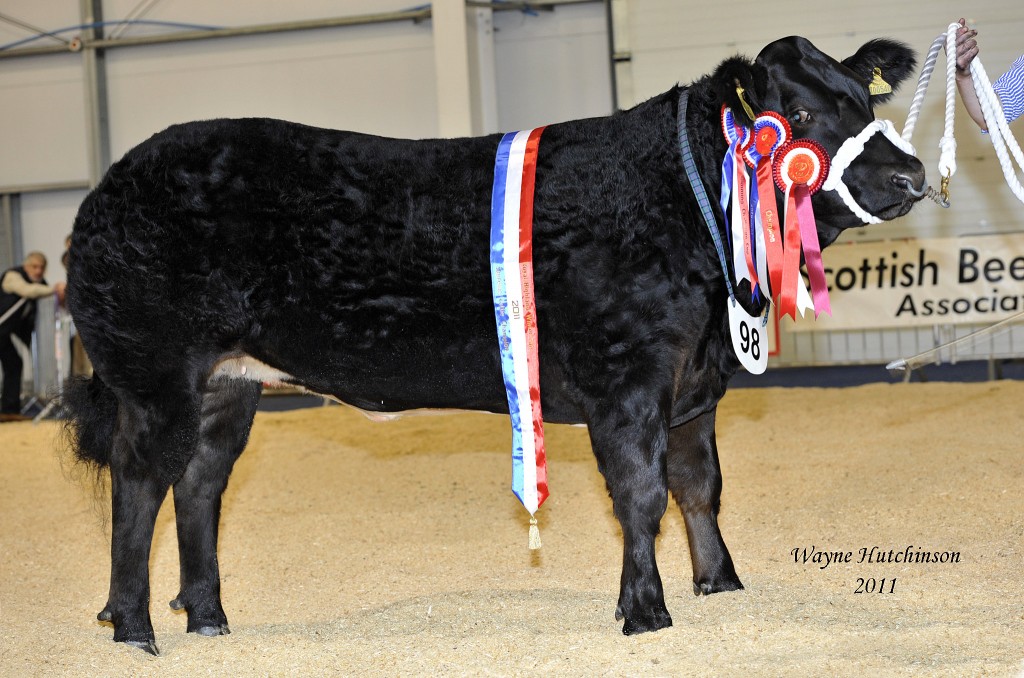 Weighing in at 540kg, this one which picked the event’s lightweight and overall heifer championships prior to her supreme win, was bought from John Smith-Jackson at Carlisle in March for £2700.

Mysticque was continuing her winning ways from the summer when she took the Supreme Champion commercial title at the British Limousin Cattle Society’s National Limousin Show at Carlisle in July. Her winter successes have also included standing second in her class to the heifer champion, at Agri-Expo in October and achieving the same result at Countryside Live in the same month. She sold in the show’s auction for £2800 (£5.18/kg) to Mark Phillips, Broadoak, Low Braithwaite, Ivegill, Carlisle, for breeding. 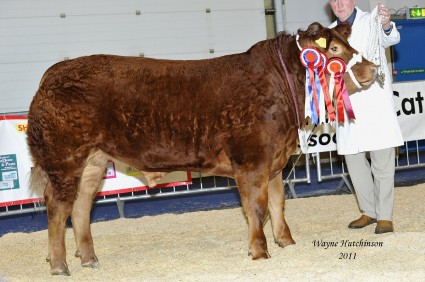 Standing Reserve Overall was the Intermediate and Overall Steer Champion, a Goldies Oswald son, I’m Your Man, from Michael and Melanie Alford, Devon. This one had been Reserve Steer at Agri-Expo and Countryside Live and is a full brother to the 2006 Royal Smithfied Christmas Fair supreme champion, Mark Hallam’s The Deerstalker. Bred by the Blandford family, Herefordshire, he was purchased privately and tipped the scales at 550kg.

Taking the Reserve Steer championship was another beast from Jennifer Hyslop’s team, this time lightweight steer champion Mickey Finn, a Craigatoke Butch son out of a Limousin cross dam. This one which weighed 520kg was bred by John Robertson, Pitlochry, and came forward from the Young Farmers class earlier in the day. 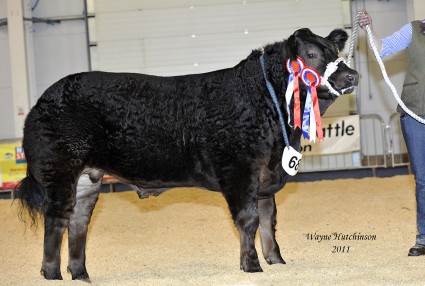 Neil Slack and Julie Sedgewick took the Reserve honours in the heavyweight steer championship with their Volcano son, The Real Deal. Born in July 2010 this one was bred by the Richardson family, Penrith, and has previously been reserve commercial champion at Northumberland Show in May. He was bought for £4000 at Penrith in March. 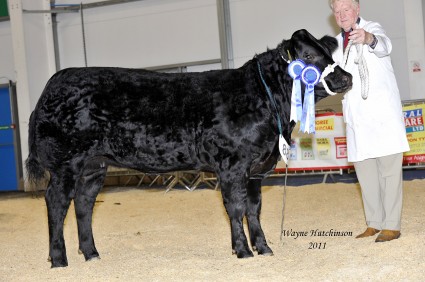 Rounding off Miss Hyslop’s success was Miss Dynamite, an Allanfauld Cracker daughter bred by Archie and John MacGregor. She stood reserve in the heavyweight heifer championship and was born in April 2010. She weighed 570kg on show day. 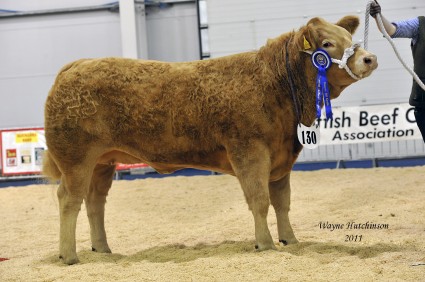 Limousins also ruled supreme in both the Baby Beef and Butchers’ cattle sections at the Royal Highland Winter Fair, with one of the season’s most successful commercial calves, Pokemon from Michael and Melanie Alford and daughter Charlotte taking the top title in the Baby Beef. 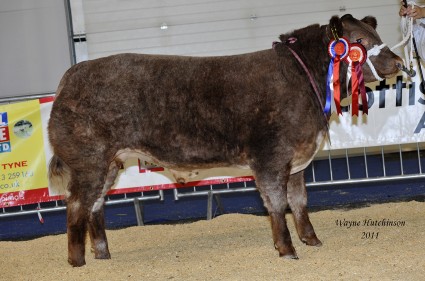 This 395kg March-born steer was bred by Messrs MacArthur Brothers, Nairn, and was bought from Messrs McArthur, Mid Fleenas, Littlemill, Nairn, at the Thainstone Spectacular in September. He has previously been Baby Beef champion at Countryside Live, Agri-Expo and the English Winter Fair. 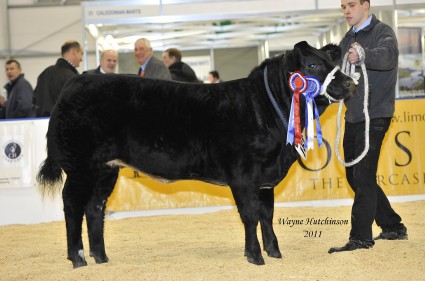 And it was a one-two in the Butchers Cattle competition too, with the winner here being Wilson Peters’ April 2010-born heifer Lady Ginger, a 605kg Normande Adventurer daughter out of a Limousin cross dam. This homebred entry went on to sell for £2800. 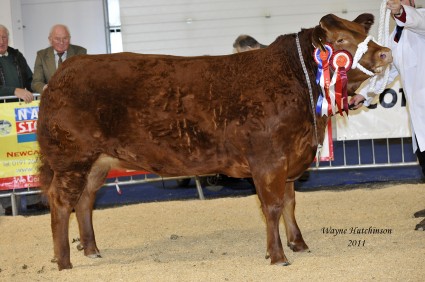 Taking reserve to Lady Ginger was another Limousin heifer, this time a 580kg entry from George and Aileen McFadzean. This one is by Culnagechan Captain and out of a Limousin cross dam. 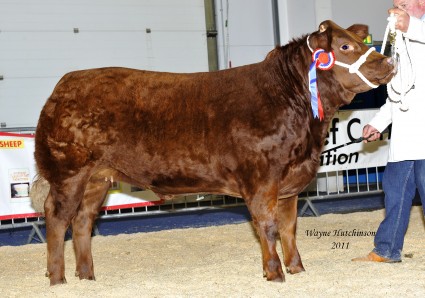