The Overall Cattle Championship was won by Geraint & Elizabeth Jones, Ty Gwyn, Llantrisant, Holyhead, Anglesey with their Limousin-cross heifer, Eyecatcher, which had earlier secured the crossbred heifer and overall crossbred titles. Homebred, and by the noted AI sire Fieldson Alfy, the May 2012-born Champion weighed in at 615kg and later sold for £4,400 in the traditional post-show sale. She was shown by Meleri Jones.

Championship Judges were Mr Michael Alford, Foxhill Farm, Blackborough, Cullompton, Devon and Mr Gwyn Edwards, Pencraig Fawr, Corwen, Denbighshire. “Our Champion had everything we were looking for, was seriously showy, well-balanced, with lovely architecture and conformation. With a good amount of fat cover and wonderful eating quality, this was a proper butchers’ beast,” said Mr Alford.

Making it a great day for Welsh exhibitors, Berwyn Hughes, Cwmhendryd, Lampeter, Ceredigion secured the Reserve Overall title with his homebred heifer, Cwtch. Not only is this calf homebred, but she is sired by the homebred bull Cwmlimo Eubank (Melys Asterix x Orllwyn Toya) and is out of a Limousin-cross cow. January 2012-born and scaling 610kg, she went bid to £4,000 but remained unsold.

Crossbred Steer Champion was Dipstick from Craig Bentley & Rachel Mudd, The Gables, Kepwick, a Limousin-cross bullock born in May 2012. Bred by I Powley, he is sired by Haltcliffe Doctor (by Rossignol) and is out of a Limousin-cross dam. Weighing 580kg, he was purchased at Carlisle earlier this year for £1,700 where he had stood Reserve Champion. Commenting, Judge Gwyn Edwards said: “With an even width, solid right through and with a great top, he handled extremely well.”

Standing Reserve in the pedigree Limousin classes was Paul Dawes, Kipperknowle Farm, Dinmore, Hereford with the steer Dinmore Hazzard. Born in April 2012, he is sired by Hafodlas Cymro, the Cloughhead Umpire son purchased for 6,200gns at the 2007 Carlisle Weaned Calf Sale, and is out of Dinmore Daffodil, Reserve Female Champion at both the 2011 and 2012 Royal Welsh Shows.

In the Carcase Competition, both Supreme and Reserve Championships were gained by JM & SM Rowlands, Dolwen Farm, Llanidloes, Powys. Taking the title under Judge Mr R Jones, Walter Smith Fine Foods Ltd was a Limousin-sired heifer and out of a Limousin-cross dam bred by Bowen & Bowen with a deadweight of 380.5 kg and grading U+4L. Mike Rowlands took a memorable one-two with the Reserve being a Limousin-cross steer bred by J Corfield & Son which killed out at 376.3kg and graded at U+3. 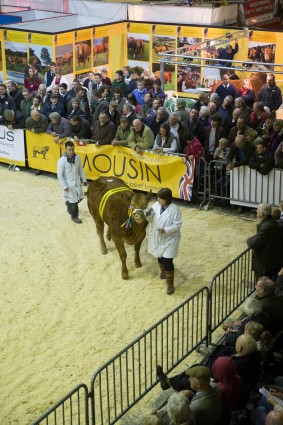 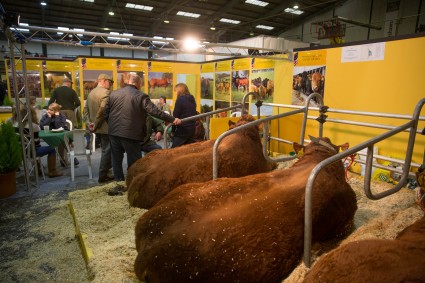 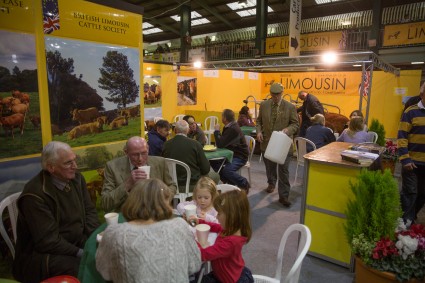