Leading H&H’s Annual Spring Calf Show & Sale at Borderway Mart, Carlisle, on 18th March was a pedigree home bred red Limousin heifer, at £3000, shown by Colin Little of Mayfield, Carlisle. The heifer is by Guards Goshi (a Sauvignon son) and out of Guards Elf.  Elf was also the mother of Betty Boop, which won the Commercial Championship at the 2014 Royal Highland Show amongst a number of show championships. The purchaser of the heifer was Messrs Atkinson of Newland, Lancashire. 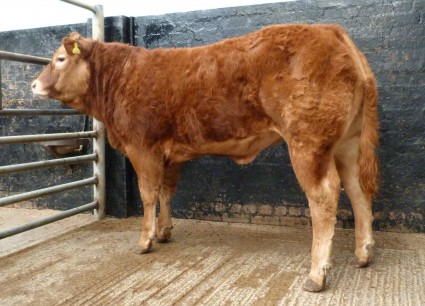 Judging the suckled calves was Gareth Small of Kilkeel, N.Ireland.  His Overall Supreme Championship in the pre-sale show was a black Limousin cross heifer shown by Andrew Harrison of Grange Farm, Great Asby.  This was an April born daughter of the homebred bull Noble Buster.  The Champion sold for £2500 to Messrs Dickinson of Askham, Penrith. 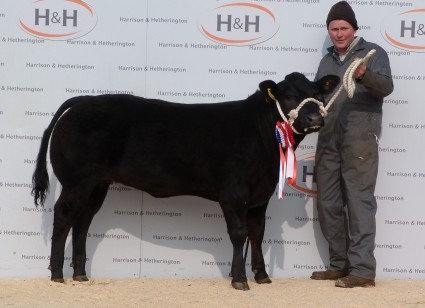