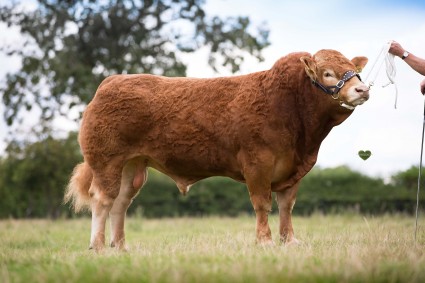 James, a son of the 10,800gns sire Heathmount Trojan, himself the overall champion at Balmoral in 2003, is out of Cockleshell Dishy, a daughter of the noted sire Winnington Trumps bought for 5500gns in October 2013 at Newark.

Commenting on the sale Alistair Smith, the Gascoine Group’s Farm Manager said James had been a stand out bull from early in his life. “He’s been a great bull at every stage and carries some top breeding lines. His combination of performance, pedigree and visual appeal is a rare package and one we valued highly. Dishy’s calf the previous year Cockleshell Issit, who was at foot when we purchased her, was Interbreed Junior Champion at Newark in May 2014.”