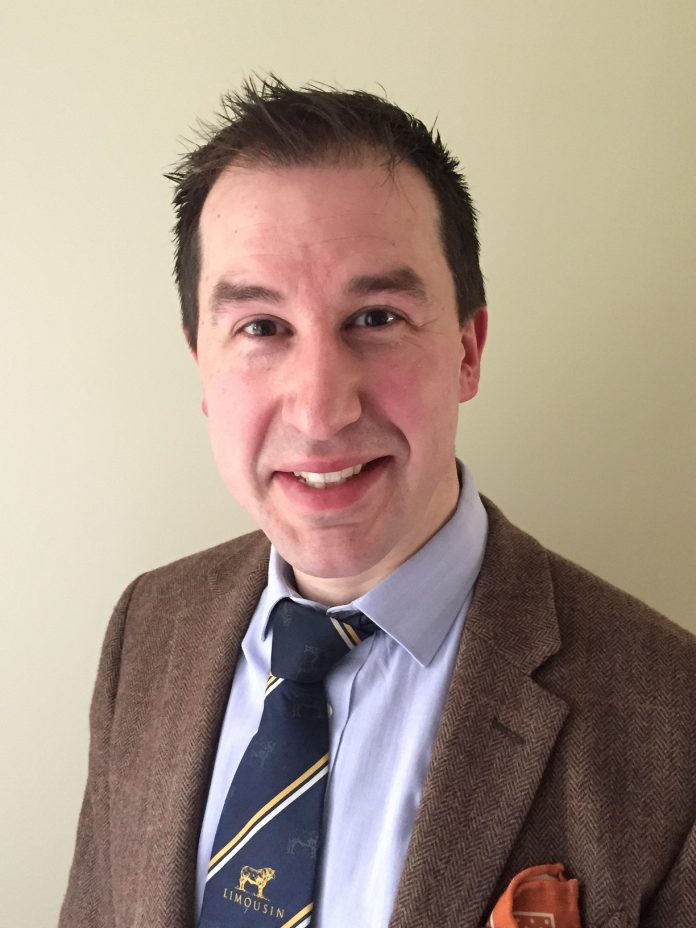 YLBC has welcomed James Callion as its new Honorary President following their AGM in February 2017.  James follows Kay Adam, who retired in February after a 3 year term.  James runs the Melbreak herd in Co.Tyrone, with his wife Alison and his three sons, Thomas, Angus and Toby.  His grandfather, former breed Chairman, Bill Callion, started the Lodge herd, now run by Ian and Wendy, in 1980 and this is where James’ passion for the breed began.  He has shown cattle at many of the major shows in the U.K and was a steward at the Royal Show.  James competed at stockjudging from a young age and through out young farmers alongside his brother, Stuart.  He works full time as a veterinary surgeon at his own clinic in Omagh and has a herd of nine breeding females, with the calves being aimed at the weaned calf sale at Red Ladies in Carlisle.  We welcome James to the YLBC fold as our President from 2017.