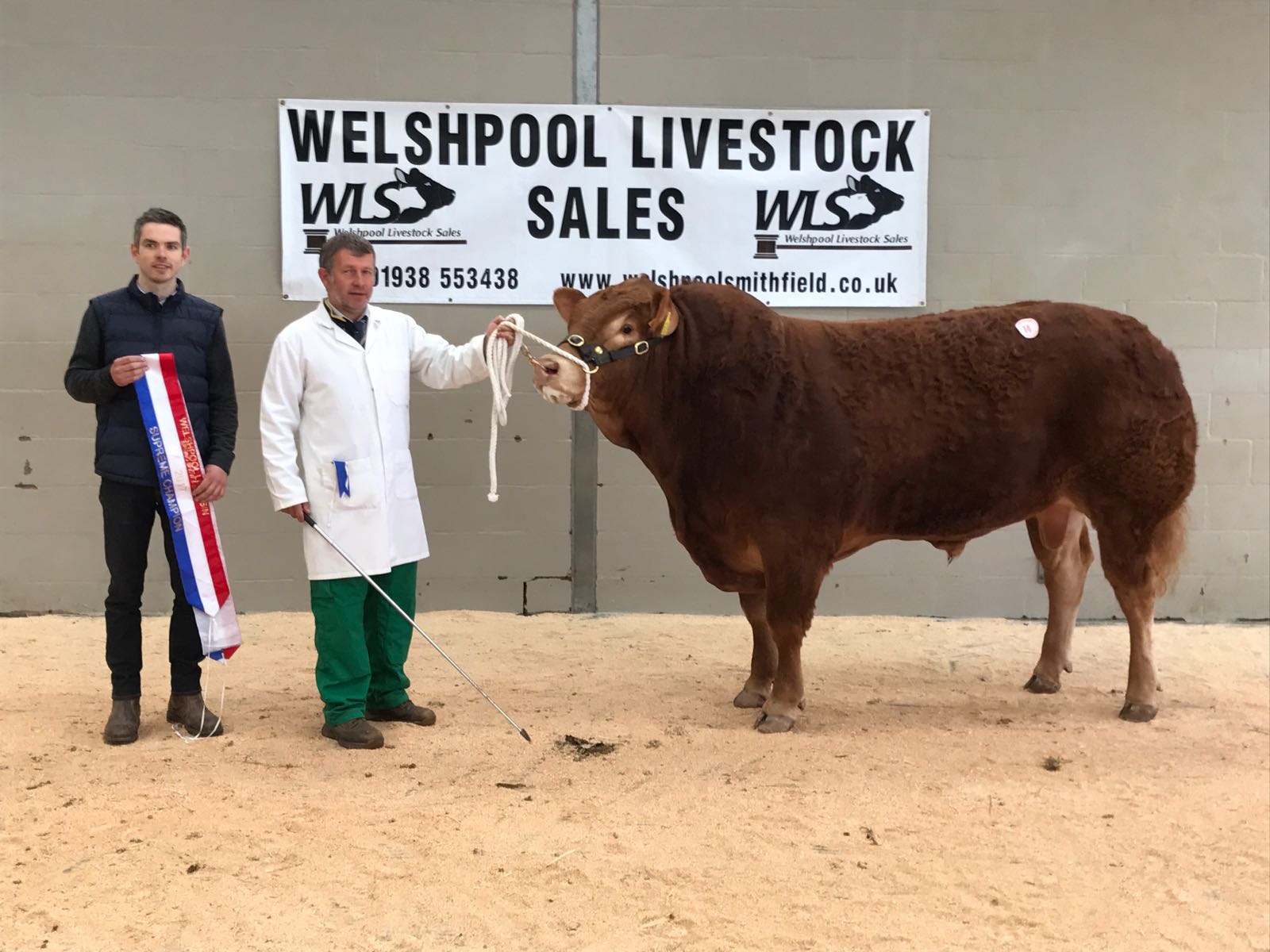 Topping the sale at the North West Midlands & North Wales Limousin Club spring show and sale held at Welshpool on Saturday 20th May was the Supreme Champion Wilodge Lennox selling for 8400gns.  This was the second year in a row that the Wilodge herd, Lodge Hill Farm, Park Lane, Shifnal had topped this annual fixture.  Wilodge Lennox is an embryo calf sired by Brutus Hashtag and is out of the noted Wilodge Vantastic daughter Wilodge Diamante, a cow who combines the very best of Wilodge breeding. Hashtag was purchased by Red House Farm for their Hafesp herd based near Newtown. Two weeks previously Wilodge had also sold Wilodge Lookout, another embryo calf out of Wilodge Diamante, for 60,000gns at Carlisle.

Another grandson of Wilodge Vantastic was the next best at 5600gns.  This was ML Thomas’ Nebo Liam who is sired by the Vantastic son Wilodge Fastrac and out of the Cloughhead Jurassic daughter Nebo Dora.  The successful bidder on this occasion was RJ Roberts from Llanegryn.

Alyn Edwards’ Banwy Llew sold for 5100gns to TH Davies & Sons from Llanbrynmair. This May 2015 born bull is by the Objat sired Chaumeil and out of Dinmore Hope.

Reaching 4800gns was another bull from ML Thomas’ Nebo herd. Nebo Logan was sired by the 32,000gns Ampertaine Elgin and out of the Mas Du Clo daughter Nebo Gingerspice. He was purchased by P Roberts from Llanerchymedd.

Following this at 4700gns was AJ & SD Heath’s Ternvalley Lamborghini, also by Wilodge Fastrac he was out of a Glenrock Spartacus daughter who goes back to the noted Glenrock Saspirilla cow and the successful bidder on this occasion was RM & O Watkins from Craswall in Herefordshire.

Topping the females at 2050gns was WL & JA Forrester’s Twemlows Lilith. Sired by Rainbow Simon and out of the Gunnerfleet Casino daughter Twemlows Hallelujah this maiden heifer was purchased by EW Humphreys & Sons from Llanymynech.