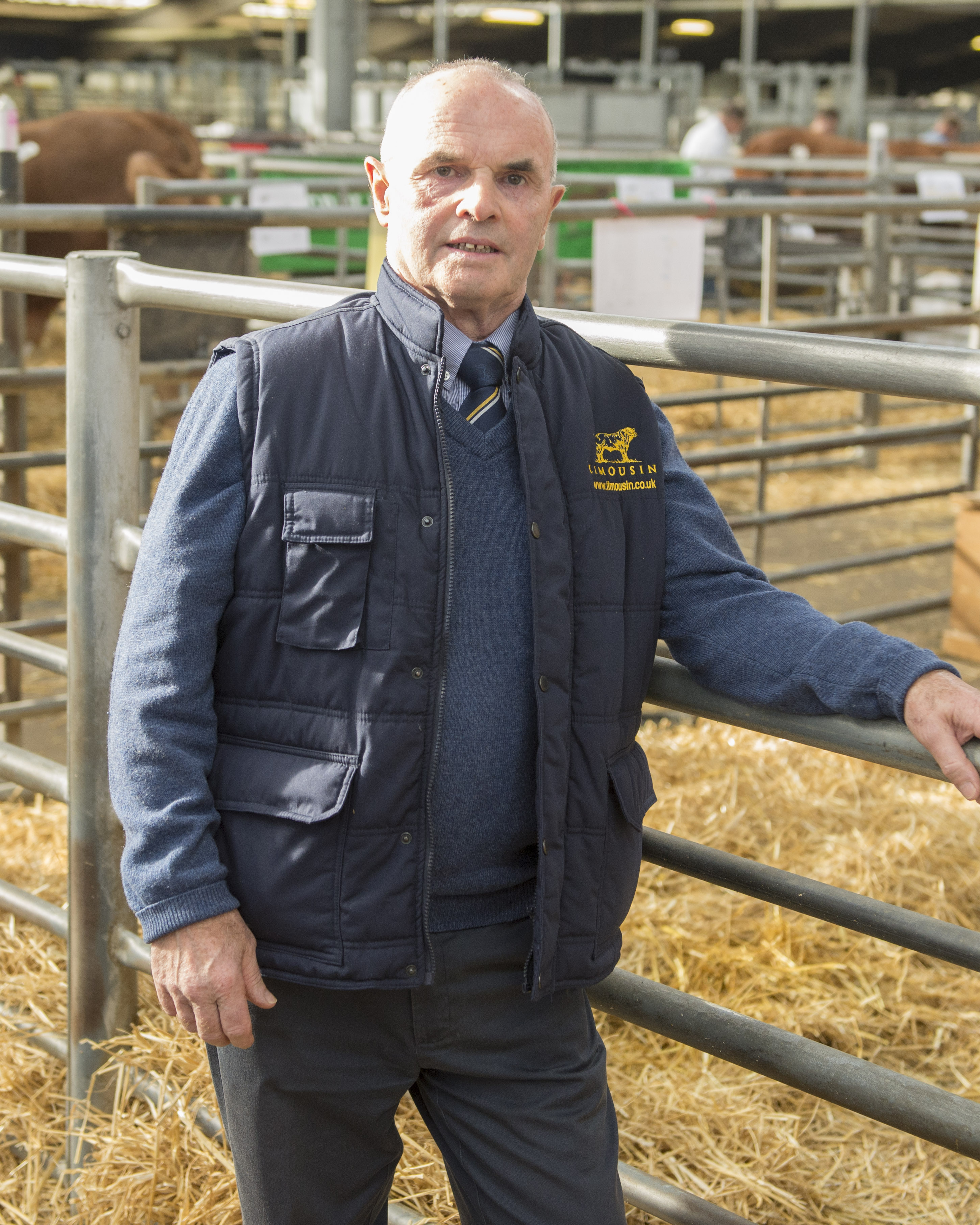 Increased sale demand, increased clearance rates and averages, consolidation of market share, and major progress with ground breaking breed improvement initiatives are just some of the highlights from an upbeat report to members from British Limousin Cattle Society (BLCS) Chairman and Carmarthenshire based breeder John Phillips.

Published within the Society’s recently released 2016 Annual Report & Accounts, Mr Phillip’s report outlines that the breed and Society have had another solid year of performance and achievement. A summary of highlights included:

As well as delivering Carcase Trait GEBVs, Mr Phillips notes that at the time of the report GEBVs for female fertility and calf survival traits had also just been launched, and that Limousin was the featured breed in the ongoing DEFRA funded feed efficiency project. The firm and long term commitment to breed improvement is a theme of the report and highlighted as being at the heart of the Society’s forward technical work.

Mr Phillips comments: “Over the years the Society has placed emphasis on meeting the needs of the commercial beef producer, and providing the Limousin cattle and genetics that meet and surpass their level of expectation in consistency, performance and profitability, and that are adaptable to meet current and changing markets. This objective will continue to be one that the Society will readily invest in on behalf of its members and work hard towards for the future.”

“Limousin cattle are the industry benchmark breed for commercial producers who are looking for productive, easy-calving, cheap-to-keep cattle. Efficiency will be the name of the game and producing cattle meeting the market for weight, age, and grades.”   Commenting on the possible implications of BREXIT Mr Phillips says: “The decision to leave the EU in June 2016 could well be a game changer for UK agriculture. Huge uncertainty still hangs over many issues as the UK embarks on its negotiations for departure from the EU. Consequently, our long range vision has been ever more relevant given that the industry may experience more volatility in currency, input prices and commodity markets as the nature of our new relationships with Europe and the global market emerges”.

Also in the Annual Report & Accounts, BLCS Hon Treasurer Gary Swindlehurst reports to members on another strong year of financial performance by the BLCS. Through efficiencies and good operating practice over many years Mr Swindlehurst notes that the Society had delivered a high range of services and breed improvement work whilst providing member’s core services at as a low a cost as possible. Commenting he goes on to say: “Over a period of time there has been a reliability and predictability in both Society income and expenditure. This is very reassuring in terms of the ongoing strong performance of the breed. Once again the core income areas of registrations, membership, and sales commission have been maintained at a high level, which is extremely pleasing in what remains a challenging time for pedigree and commercial beef farmers”

A summary of the main points of the 2016 BLCS financial year within the report included:

The 46th Annual General Meeting of the British Limousin Cattle Society is scheduled to be held on 14 September at Concorde House, 24 Warwick New Road, Royal Leamington Spa, CV32 5JG, commencing at 11.00am.