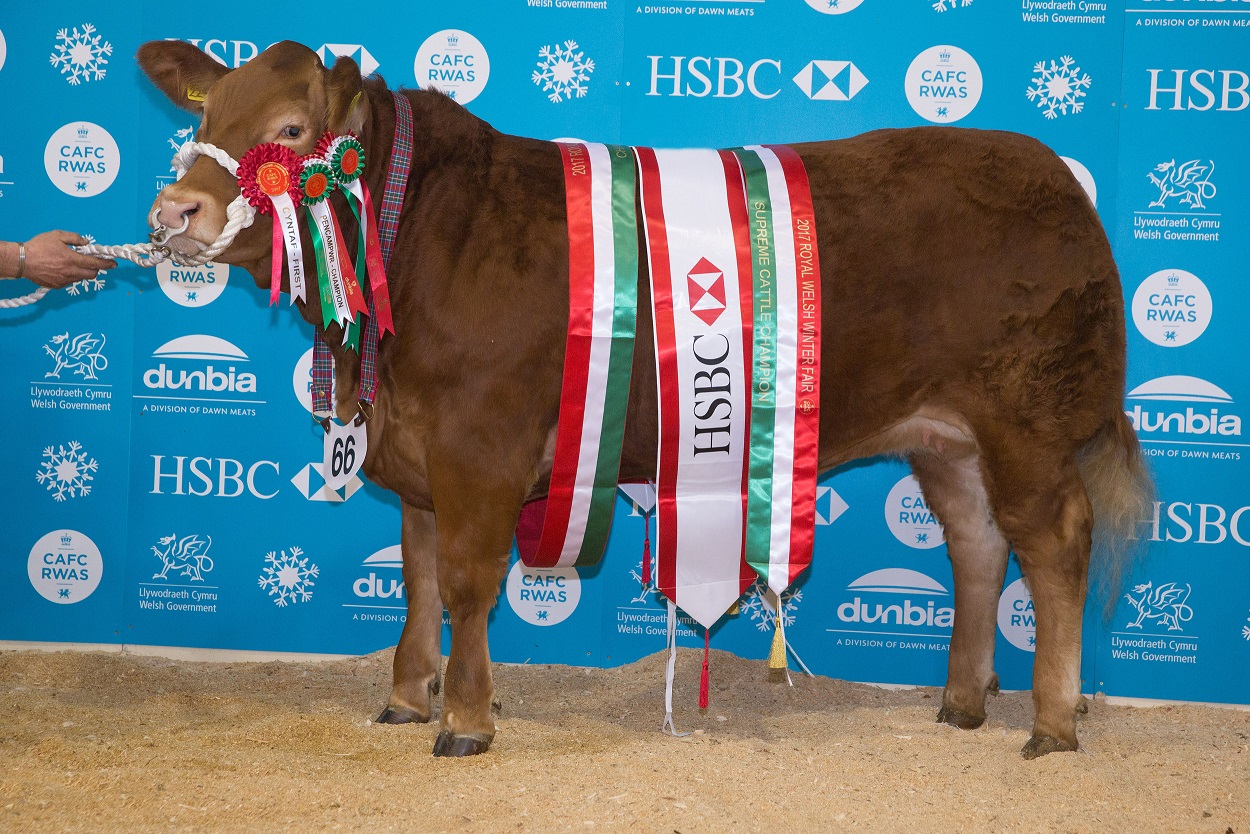 What a triumph there was for the Limousin breed and two generations of a Breconshire farming family at this year’s record-breaking two-day Royal Welsh Winter Fair.

After trying to win the keenly contested Builth Wells supreme cattle championship for many years the dream came true on Tuesday 28th November for Phil Price, his partner Julie Rogers and daughters, Maisie and Ella.

They farm Lower Skynlas, a Powys County Council smallholding at Glasbury-on-Wye, and were showing a Limousin heifer bred by his parents, Bernard and Mary, who farm just a few miles away at Hay-on-Wye.

A bout of flu, however, meant Bernard was not at the Llanelwedd showground to savour the moment and the tremendous ringside appreciative applause.

That came courtesy of Mouse, a March 2016-born heifer by the family’s stock bull, Bringewood Glen, bought several years ago at a Limousin society Brecon sale and out of a  Limousin dam purchased at the Ruthin Show Potentials sale.

That was not the only major championship success for the Limousins. Joint judges — Derbyshire’s Mark Hallam, from Wetton, near Ashbourne, who judged the heifers, and Richard Taylor, from Ripley, near Derby, the steers – were also united in the choice for the Reserve Supreme placing.

Stepping up for the award at the expense of the Steer Champion was Ice Baby, a home bred Limousin-sired entry from Richard Wright, of Bedlands Gate Farm, Bowers Hill, Somerton, Somerset.

An AI daughter of Brecon based Brian Jones’s Bailea Spunky and out of a Limousin crossbred dam, the May 2016-born entry weighed in at 556kg and sold for £3,900 to North Wales butchers, Websters of Rhyl. It also took the Exhibitor-Bred Award.

Another of Mr Wright’s entries, Wee Jimmy, led the steers and weighing in at 518kg was bought by Richard Taylor at £4.40 per kg, with Dark Shot from Neil and Sally Lloyd, Luston, near Leominster, Herefordshire, next in the line but leaving the sale ring unsold. Both were out of Limousin dams.

Justifying their decisions, the judges praised the high standard of the entries before them, stressing that all the meat was in the right places and of the quality being demanded by today’s consumers. 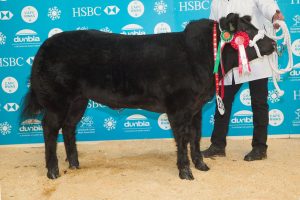 By the Colin and Wendy Phillips-bred Powerhouse Elite, who has previously sired no less than three Welsh Winter Fair Supreme Champions, the January 2017-born entry is out of a home bred Limousin dam.