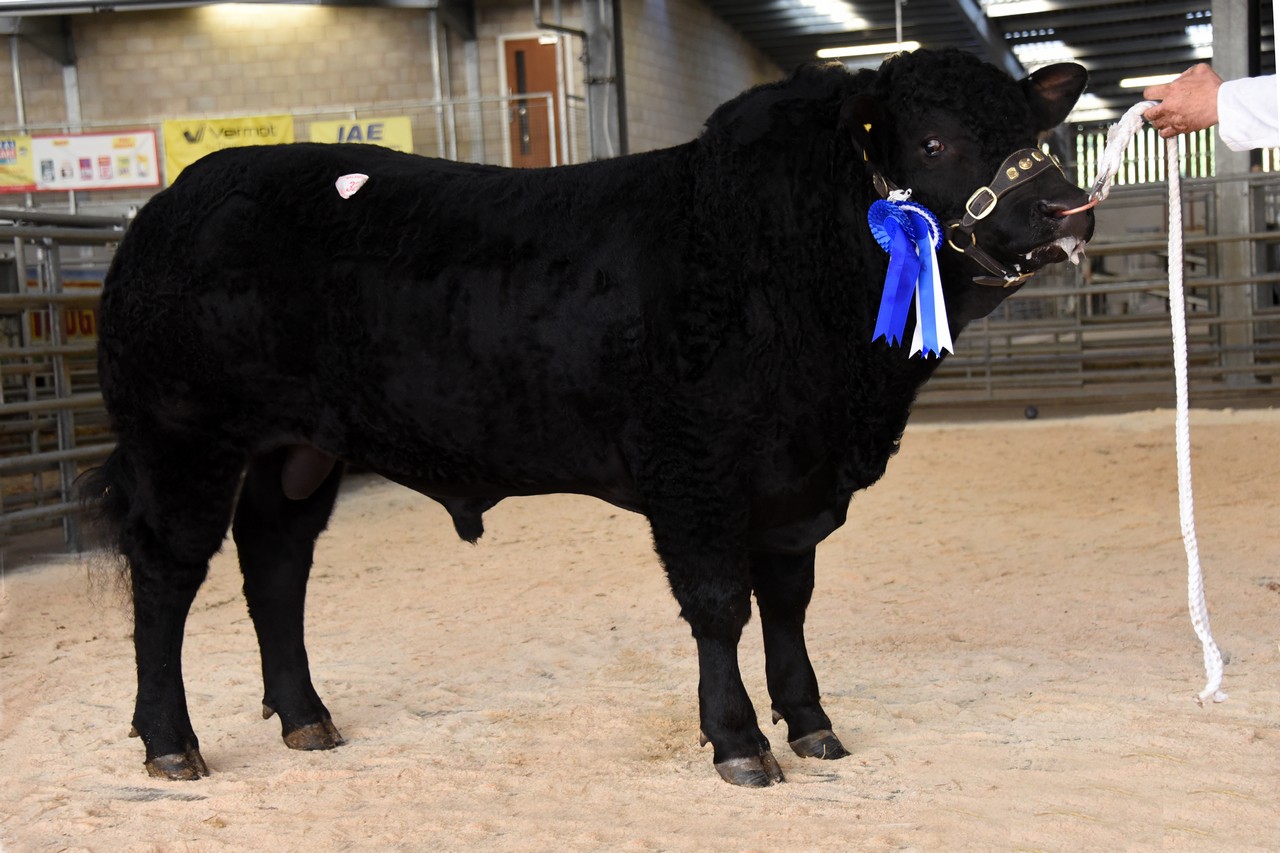 Heading up the NW Midlands & North Wales Limousin Club Autumn Show and Sale at Welshpool on Saturday 25th November was the day’s Reserve Champion, Esmors Black Montgomery shown by Esmor Evans which scooped the top bull price of 4,900gns.  This 18 month old black son of Knock Glencoe and out of the imported cow Gentille, caught the eye of Messrs Cherry, Newtown, Powys.

Following at 4,500gns was the first of two bulls from Sarkley shown by Messrs Pennie.  Sarkley Marlow, a March 2016 born son of the noted Lodge Hamlet and out of the great Jen family at Sarkley.  He won first prize in the pre-sale show and was knocked down to Messrs Powell of Newtown.

A further four bulls sold at 4,000gns, the first being Wilodge Marshall offered by the Wilodge Herd, Shifnal, Shropshire.  Marshall, a 1st prize class winner, is a son of  Brutus Hashtag and bred from a Procters Cavalier daughter, Wilodge Gaga.  He was purchased by WL Hamer of Montgomery.

Following a few lots later at the 4,000gns mark was Seisog Max put forward by Tecwyn Jones.  This March 2016 born entry by Mas du Clo and out of Breizizel, was a member of the 1st prize winning pair of bulls.  He sold to ST Jones of Aberystwyth.

Heading up the Sarkley Heifer Sale for the Pennie family was Sarkley Linzee, a Dinmore Goldeneye daughter bred from a Haltcliffe Banker cow, Sarkley Duralee.  This eye catching heifer was sold for 5,000gns and purchased by Sean Cooney, Co.Caven, Eire.

One of the younger heifers in the consignment, Sarkley Manella, secured the next leading price tag of 3,200gns.  This muscly heifer, a Lodge Hamlet daughter, carries style and length and is out of Glangwden Ianella whose pedigree goes back to the great cow Paluche.  Manella also travels across the water for N Quinn of Co.Derry, Northern Ireland.

Selling for 2800gns was Sarkley Mandie, a great heifer with weight and power.  She is a daughter of one of the herds main sires, Sarkley Influx, and is out of a Domino bred daughter Sarkley Amanda.  Successful purchasers were Messrs Edwards Bros, Bettws GG.