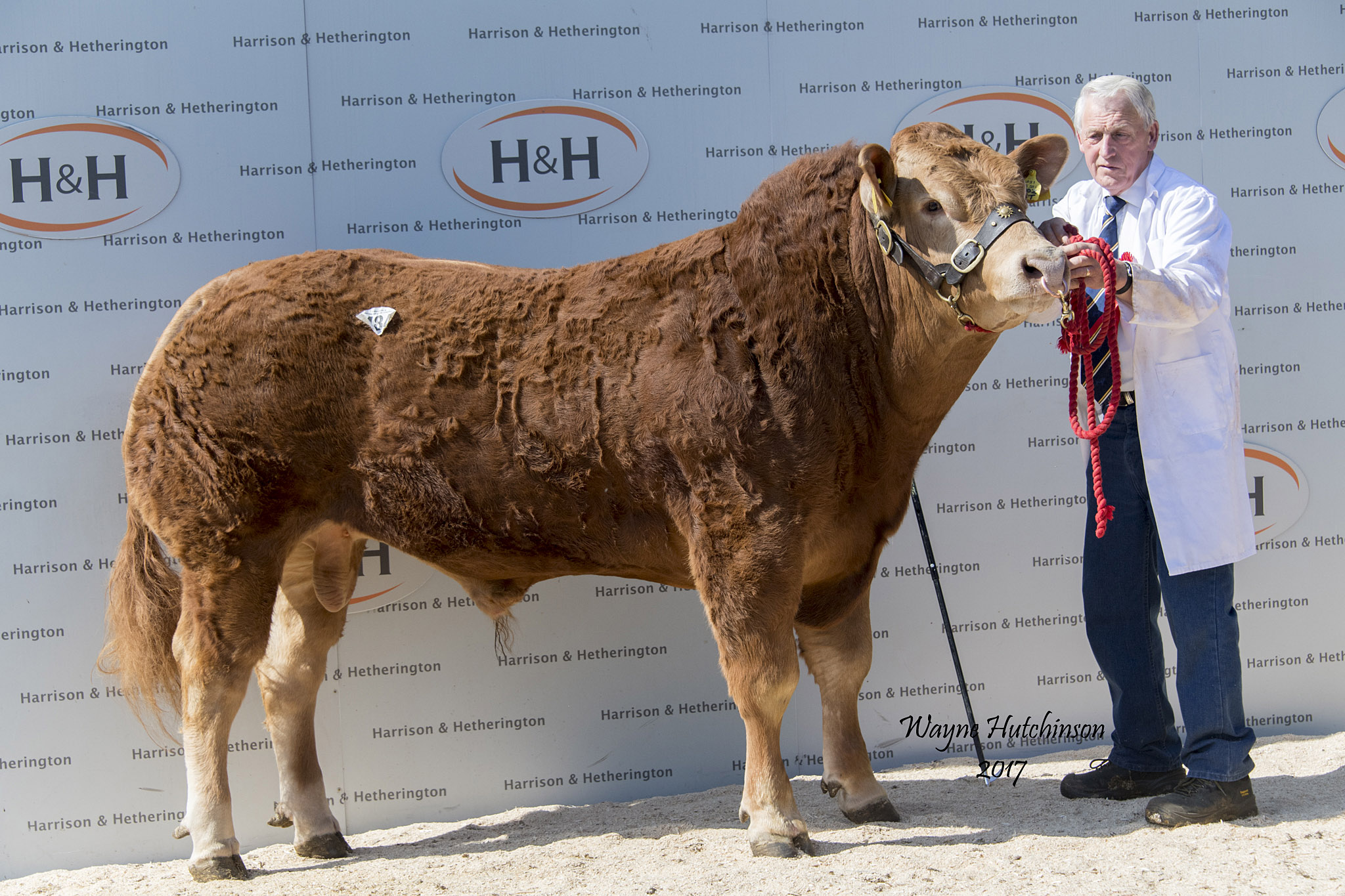 Gross sales of pedigree Limousin cattle, sold at official British Limousin Cattle Society (BLCS) auction sales in 2017, increased in the year by over £665,491 to a figure of £6,311,650. The closing fixture of the year, the Red Ladies & Weaned Calf Sale held at Carlisle, saw a gross of £420,000 to push official Limousin sales in the year through the £6 Million mark.

In the course of the 2017, eighteen collective sales held at Carlisle, Stirling, Brecon, Newark, Dungannon, Ballymena and Aberdeen respectively, in addition to Official BLCS Breeders’ Sales, comprising of Production, Reduction & Dispersal Sales, saw 1,523 animals sold in all. This represented an increase of 78 year on year.  Through the year 756 bulls sold to average £5470.30 whilst the ongoing demand for Limousin females saw 767 sell, predominantly heifers, to average £2837.14

“There is such a sale demand and momentum for Limousin cattle at the premier pedigree sales, regional sales, off farm, and in store and prime rings right across the UK. At its heart this is driven by commercial producers and their focus on all-round efficiency and profitability. Across the Society sales during the autumn it was evident that there was a big demand for easy calving genetics, and this is likely to be a continued trend going into the new-year. Added strengths in feed efficiency, age to slaughter, and the ability to produce high yielding carcases at the target weights and grades required by the market place also position the breed extremely well going forward.”

In further comment Mr Kerr said: “In what continues to be a challenging time for the industry pedigree Limousin sales in the year have seen an increase in numbers sold, averages, clearance rates and overall gross. Breeders are bringing forward some first quality bulls and females and finding their reward. Commercial producers are seeing the advantages of market ready genetics and are confidently investing in Limousin as the ‘go to’ breed”.

Leading the pedigree Limousin prices in the year was the 100,000gns paid for the January 2016 born bull Ampertaine Mozart from James McKay, Maghera, Co Derry. The highest priced female came in the form of the 42,000gns Foxhillfarm Mammamia from Mike and Melanie Alford, Devon.