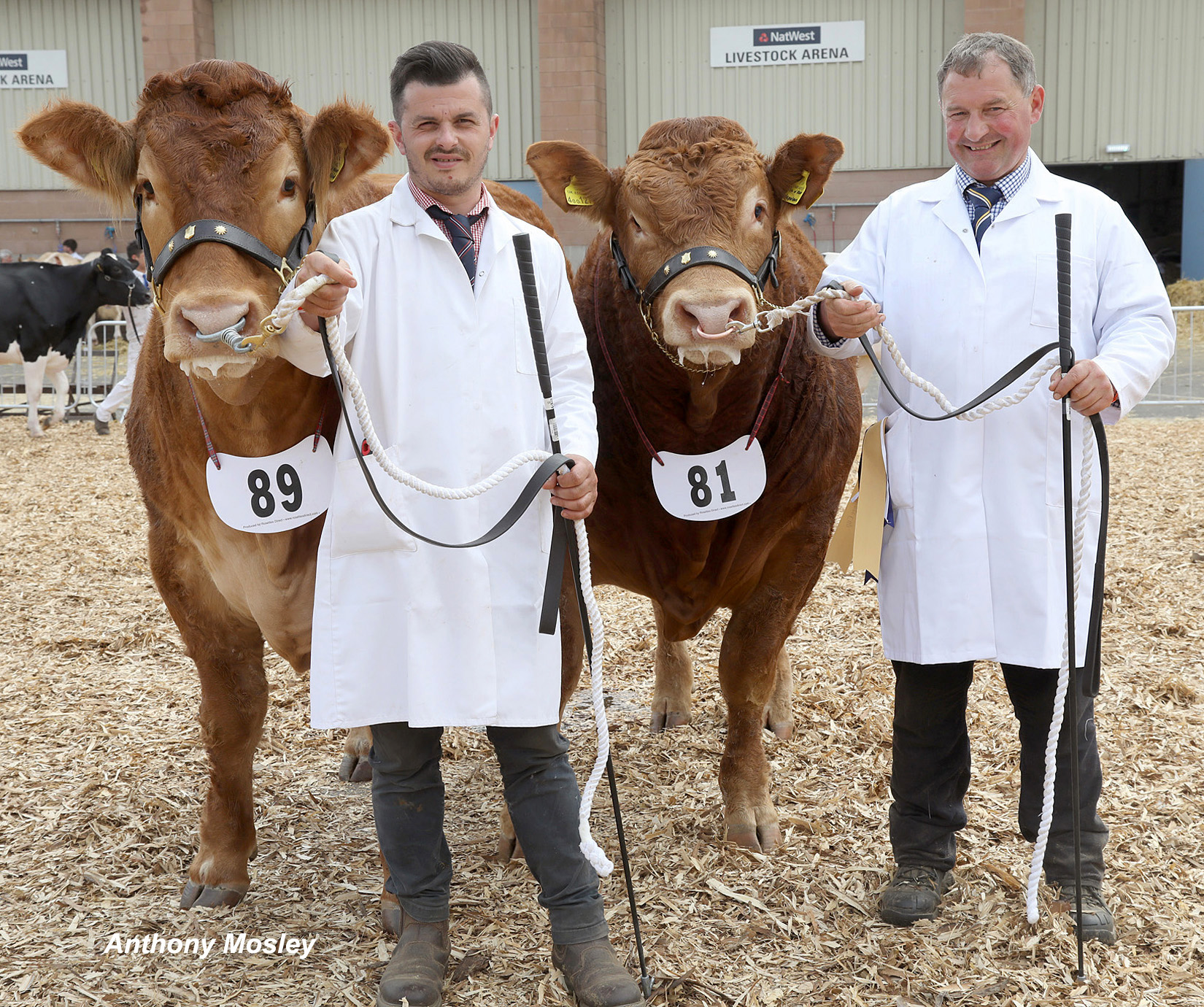 The Blue Riband Burke Trophy was contested at the Devon County Show held over the three days of May 17th to May 19th. The beef trophy, judged by Mike Yeandle, who has a herd of pedigree Devon cattle near Dorchester, delivered a runners-up spot for a pair from the Foxhillfarm stable of Mike and Melanie Alford, Cullompton, Devon. The Burke Trophy, a highlight at the Royal Show between 1951 and 2009, has since moved around the country to different shows to be presented to the best pair of beef animals – one male and one female – chosen out of all the breed classes at the event.

The show proved to be a great success for the local Foxhillfarm team. In the Limousin section under Judge Eric Norman they were placed first a number of times. They took the Male Championship with Foxhillfarm Napoleon, an April 2017 born son of Foxhillfarm Jasper out of the record priced female, Glenrock Illusion. On the second day of the show Napoleon stood as Junior Interbreed Champion.

These three teamed up to stand as Interbreed Group of Three Champions and then in the coveted Burke Trophy championships, Napoleon and Minesagin paired up to take the reserve spot against a super pair of Blues.