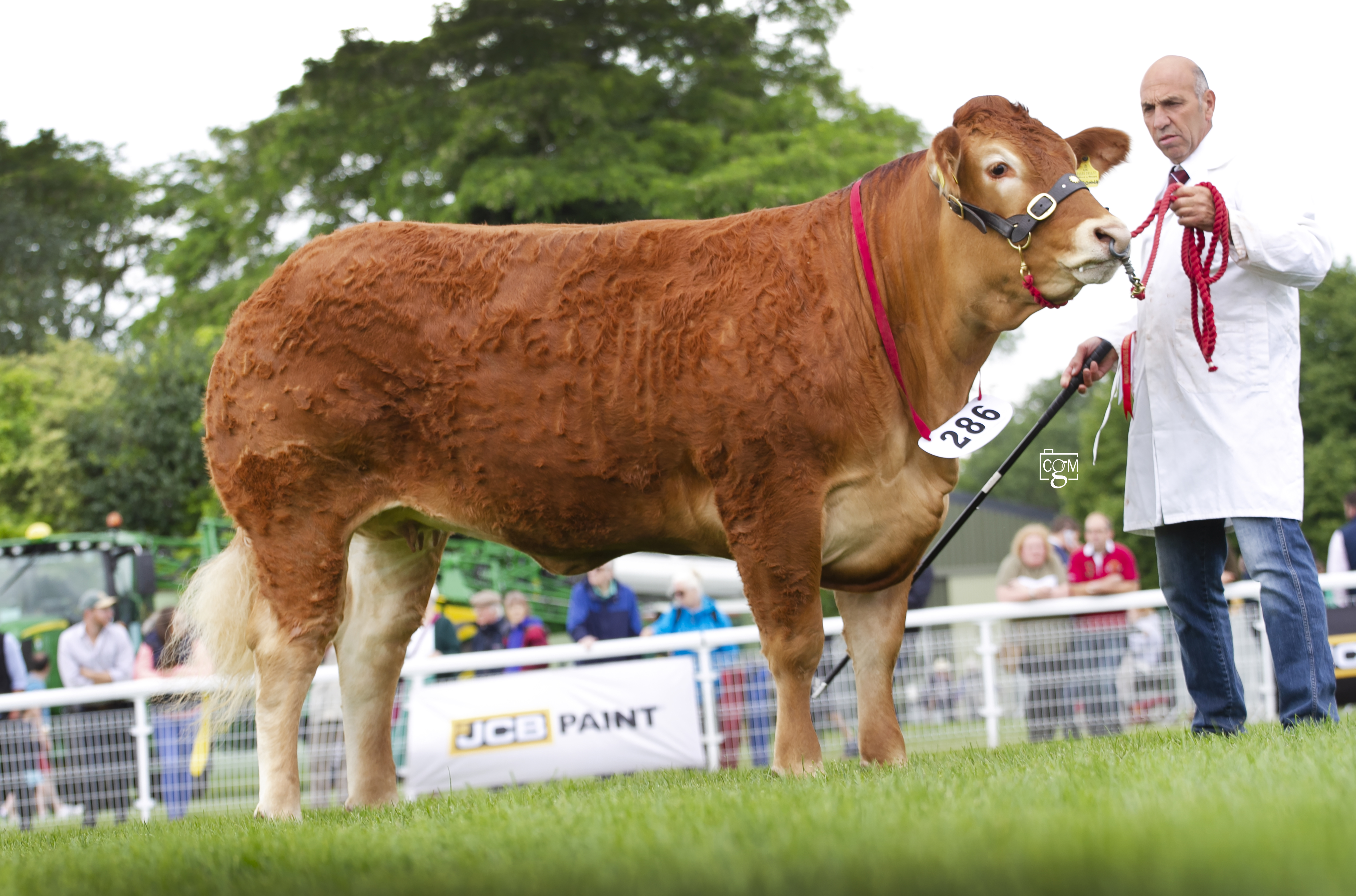 In what turned out to be a spectacular weekend, the quality of Limousin cattle exhibited at the Royal Three Counties Show at Malvern on 15th – 17th June proved to be consistently impressive. Judged by Mr Peter Kirton, Shropshire, Dinmore Madonna scooped the Limouisn Overall Championship on her way to take reserve spot in the Beef Interbreed Championship when she was put before Judge Mr E W Quick, Devon.

The 21-month old home-bred heifer is from the Dinmore Herd of Paul Dawes, Hereford. She is a Trueman Jagger daughter out of the Sympa daughter Ampertaine Estelle.