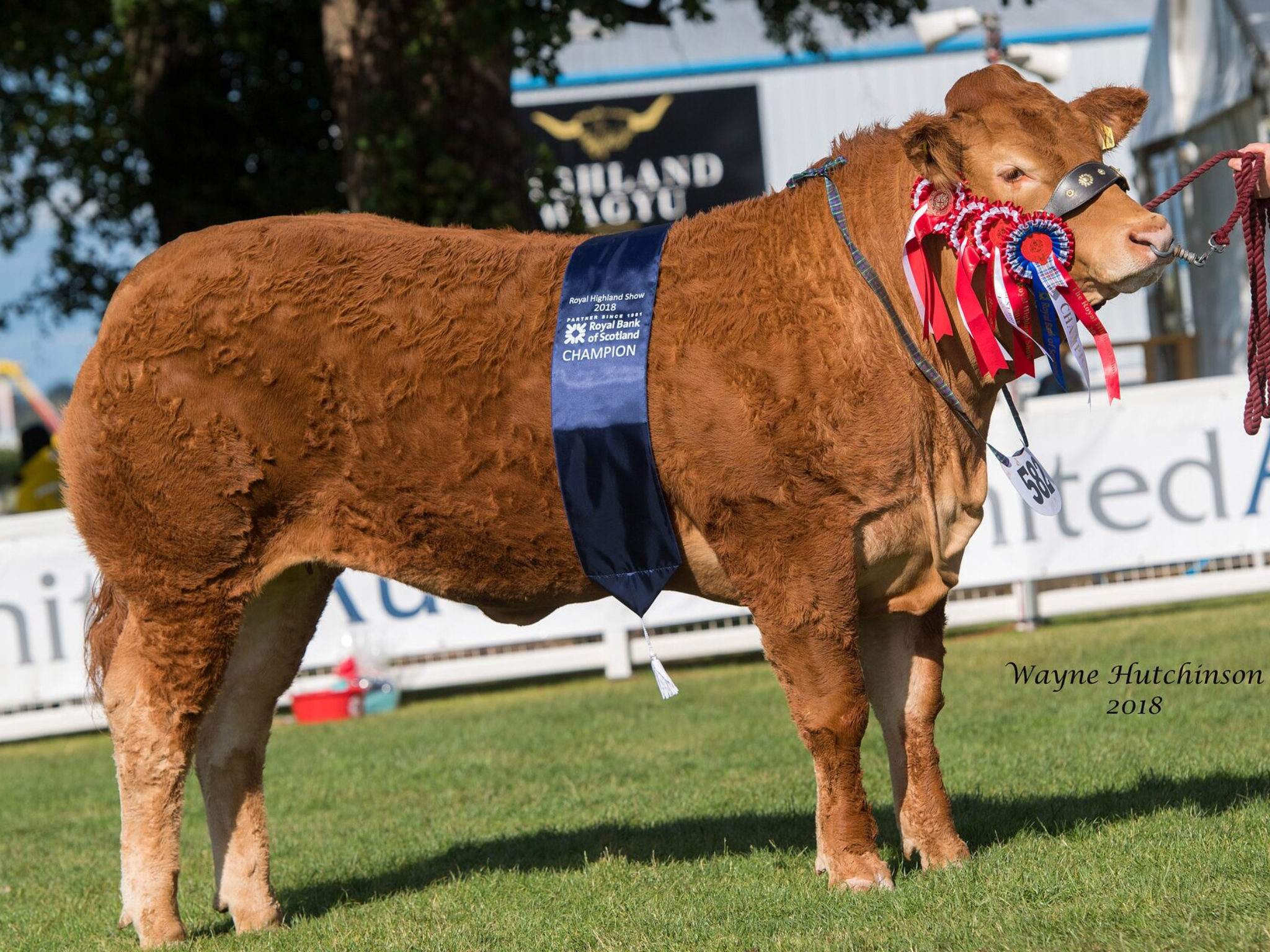 The stylish heifer had come through the classes to be tapped out as Champion Junior Female before taking the top spot. Bred by Mr & Mrs R & J Graham, Bridge of Allan, Stirling, the January 2017 born heifer is by Claragh Franco and out of Grahams Coffee.

The blue rosette went to another heifer, this time in the shape of Foxhillfarm Minesagin from Mike and Melanie Alford, Cullompton, Devon. This September 2016 born Trueman Jagger daughter is out of Foxhillfarm Justtheone.

Female in calf – any age