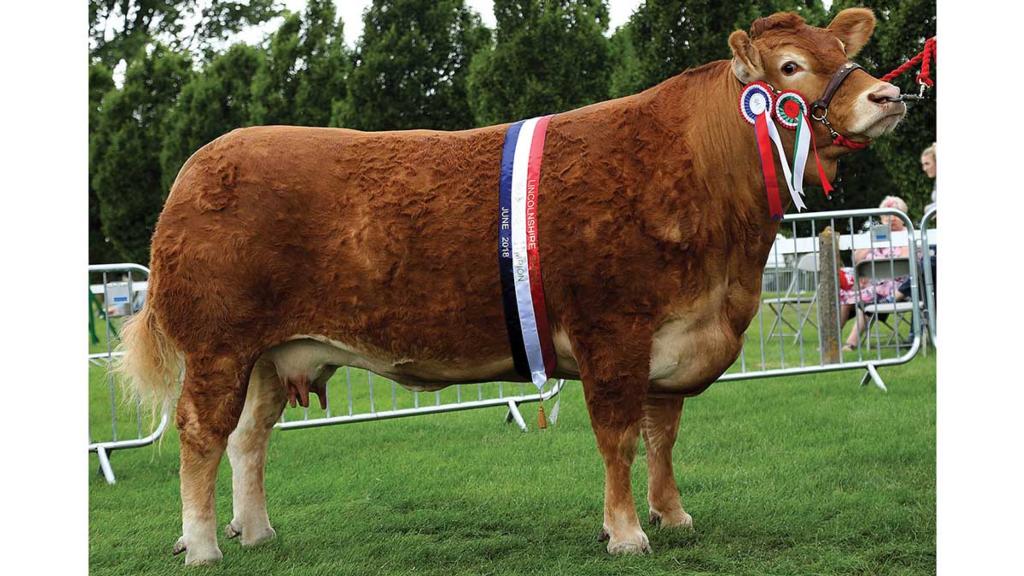 Anita Padfield and Paul Barwood of Great Yarmouth had something to smile about at the Lincolnshire Show on June 20th and 21st. Their four-year old Limousin cow Burnbank Jenny took the Interbreed beef Championship after coming through the Limousin judging as Breed Champion under the watchful eye of Judge Mr I Turner, Bakwell. 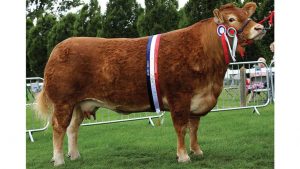 This win adds to an impressive line-up of wins from multiple shows for Jenny. She has already taken inter-breed titles at Nottinghamshire, Suffolk and South of England shows to date this year as well as several on the show circuit’s in previous years. She teamed up with her stable mate, the July 2016 born Trueman Jagger son, Trueman Mozart, and, the January 2016 born heifer Cockleshell Misty from Gascoines Group Ltd, Newark, to take the Interbreeed Team of Three accolade. Another from the Gascoine Group took the Junior Supreme Championship. This time in the shape of Gascoines Nebraska, a 17-month old young bull by Mereside Hallmark and out of Gascoins Izzy.

The Wilodge Fastrac daughter Jenny, who is out of Burnbank Bezique was bred by D and L Graham, Blairdrummond, and was bought at the 2014 Red Ladies sale at Carlisle as a calf. Not only has she gone on to take the Overall Limousin, Interbreed Female Beef, Reserve Interbreed Supreme titles at the 2018 Royal Norfolk Show she also played her part in the successful group who won the coveted Heygates Team of Five Championship.