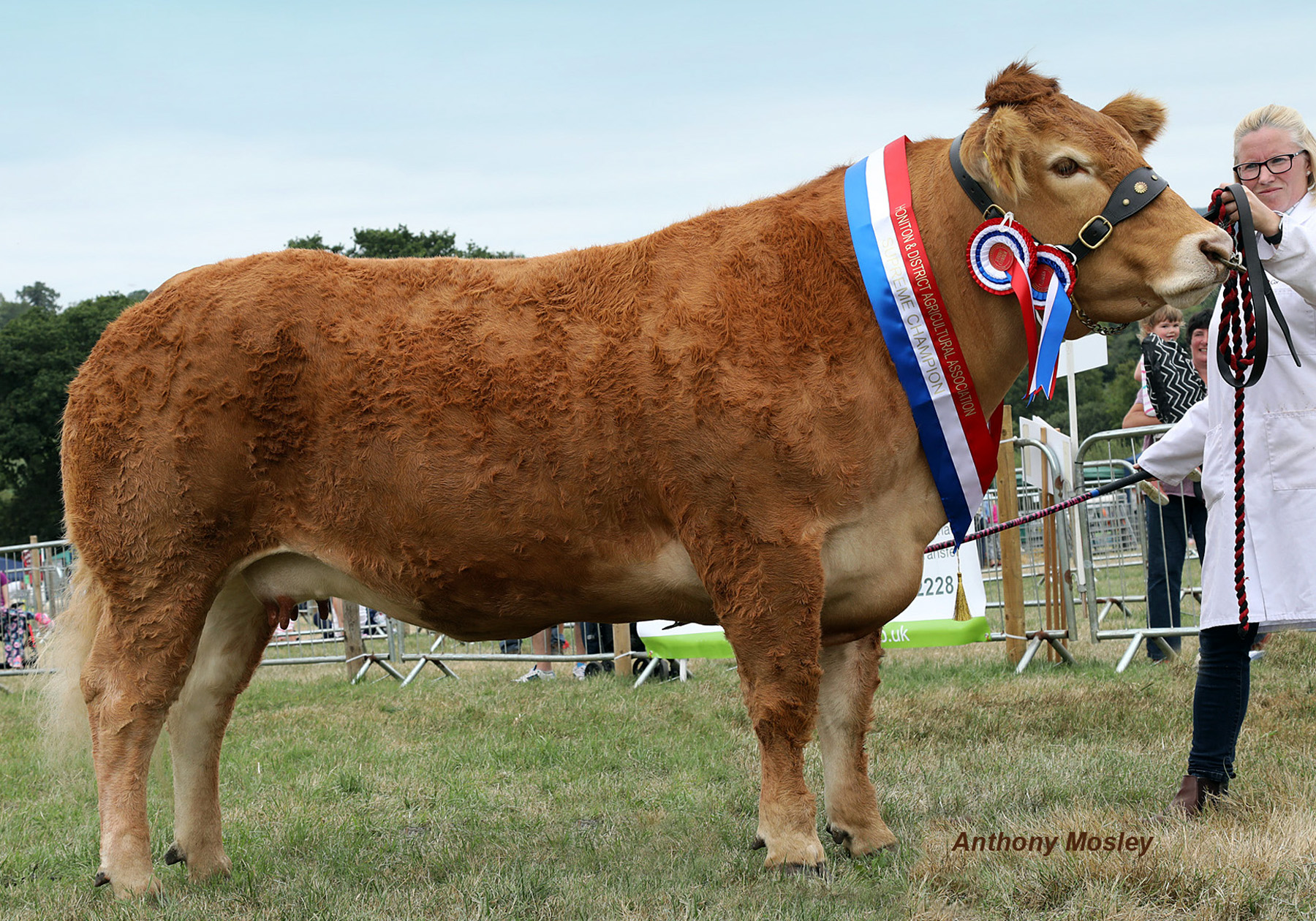 A three year old cow, Smithy Lacey, has been strutting her stuff across a handful of local shows across the West of England this summer.

Bred by A K and J K Smith of Bude in Cornwall the super stylish young cow, by Dinmore Goldgrest out of Breisisel, a Neuf daughter, took the Interbreed Championship at the highly regarded Honiton show in Devon at the start August. She had her impressive Lodge Hamlet January 2018 born heifer calf, Smithy Opal, at foot.

Speaking about her success, a delighted Jo Smith, who runs a small eight head pedigree Limousin herd with her husband, said “We are absolutely delighted with her performance over the summer. The fact that she is home-bred makes her success even more pleasing”