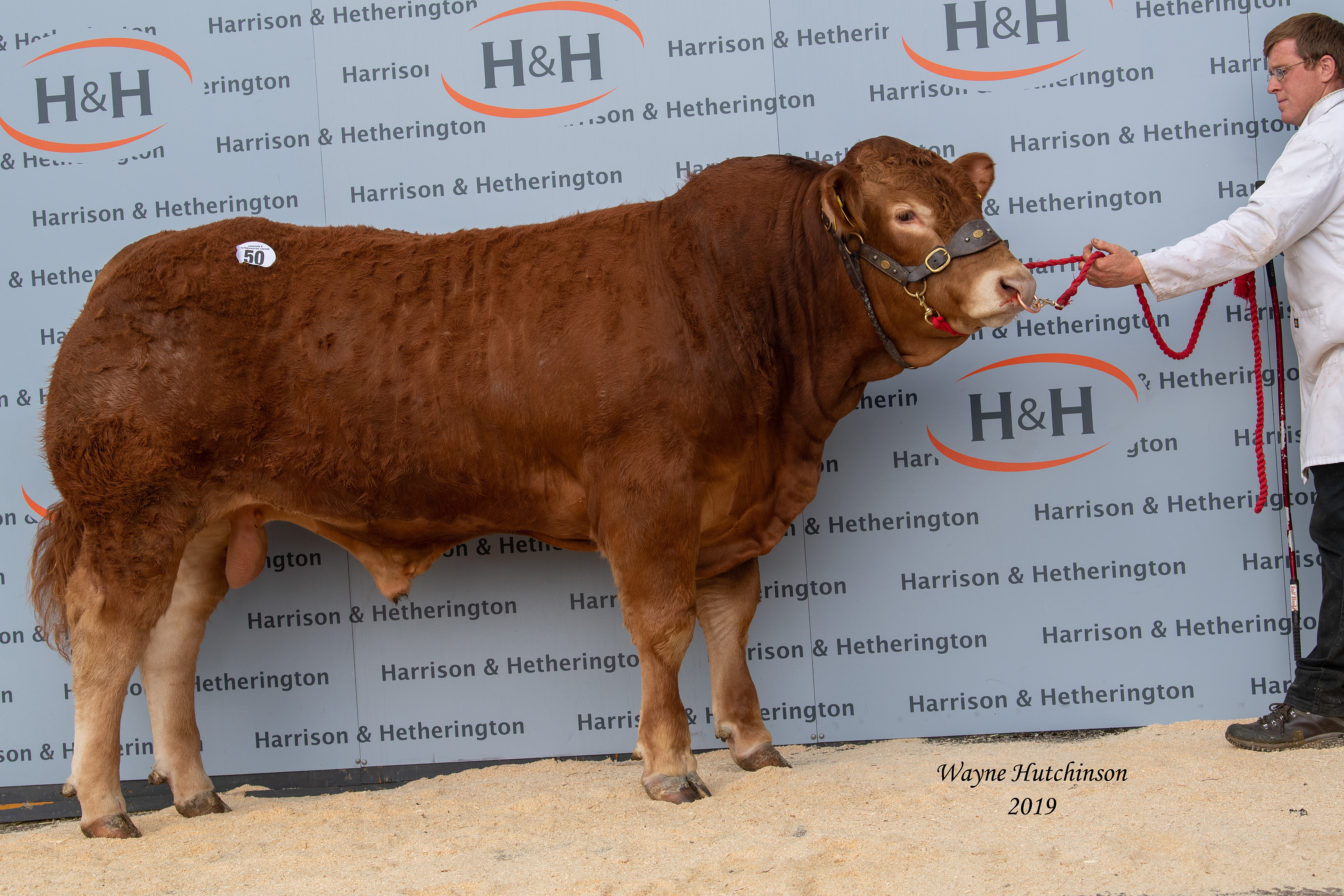 In all 20 bulls sold on the day to average £3904 and with a clearance rate of 67% of the 30 bulls forward.  Five bulls made 5000gns and over at this traditional end of sale season fixture.

The March 2018 born Goldies Olympus is an embryo calf by the AI sire Fairywater Haig and is out of Millington Gorgeous who has previously bred bulls up to 16,000gns.  The top price bull, carrying two copies of the F94L Myostatin gene, was bought by Messrs Walton & Sons, Newbrough, Hexham, Northumberland.

Three bulls made 6000gns.  The first of these was Eves Nighthawk from JW & DN Eve, Stubbsgill Farm, Aspatria, Cumbria.  This time December 2017 born, this bull is by the AI sire Mereside Lorenzo and is out of the ten year old Eves Emily.  Heading to Wales, Eves Nighthawk was snapped up by Messrs Evans, Llanrhaeadr, Denbigh.

Also at 6000gns was another Mereside Lorenzo sired calf in the shape of Petteril Oklahoma from Stephen & Ann Morley, Petteril Bank, Southwaite, Carlisle.  This February 2018 calf is out of Petteril Lucy whose great grand dam is the prolific Bankdale Alice.  Petteril Oklahoma went to the Garnedd pedigree herd of Ken Jones, Padog, Betws-Y-Coed, Gwynedd.

The final bull at the 6000gns mark was Arradfoot Oklahoma from Thor Atkinson, Arradfoot & Newland Pedigree Livestock, Newland, Nr Ulverston.  An embryo calf, this March 2018 born bull is by the AI sire Ampertaine Gigolo and is out of Greenferns Lucky.  Purchasing this bull was Messrs Thomas, Kinnersley, Hereford, Herefordshire.