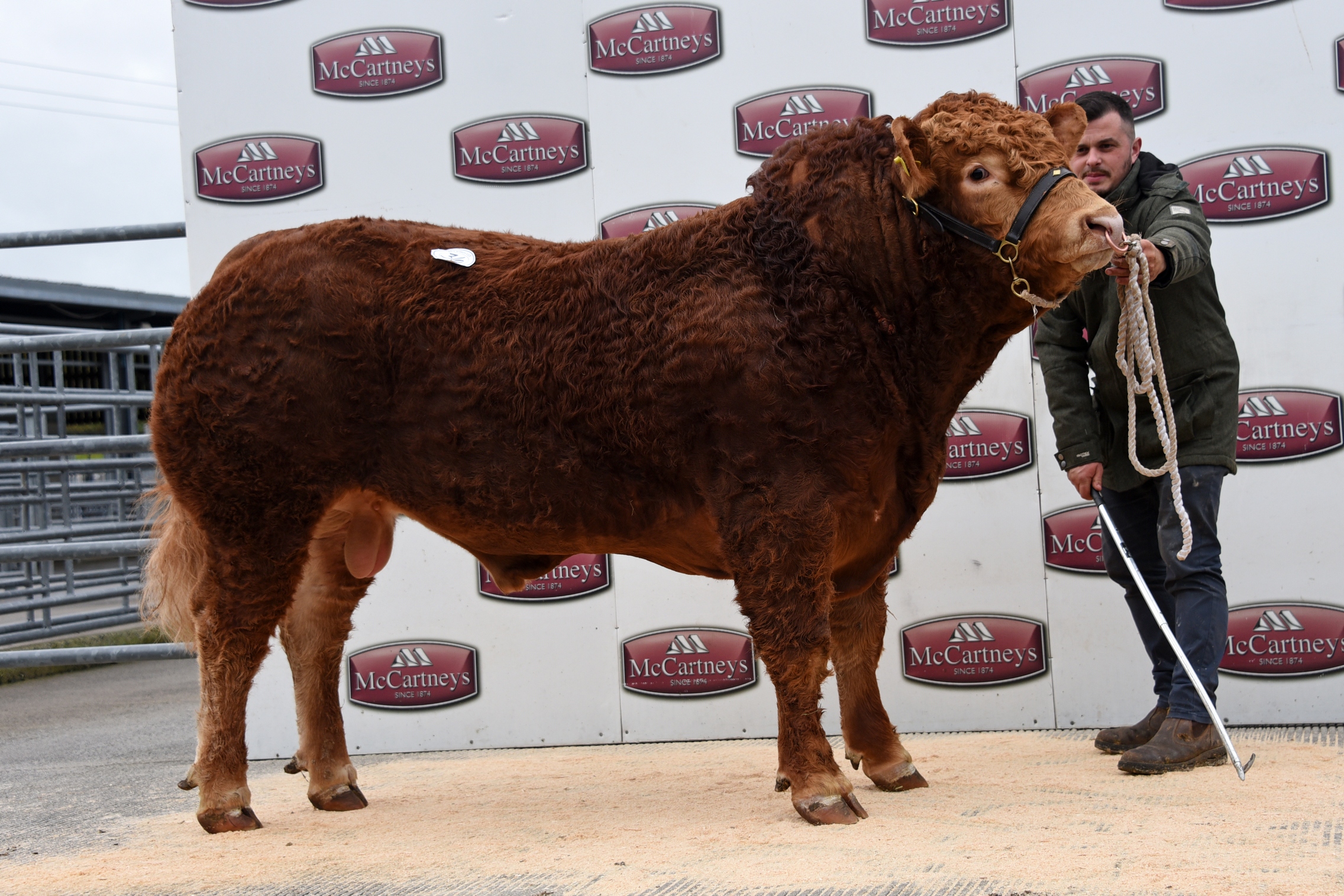 Taking the next two top prices at 3,100gns & 3,000gns were bulls from JH Neale & Sons, Wilkie Down, Boyton, Launceston, Cornwall. At 3,100gns was the Reserve Junior & Reserve Overall Champion Nealford Oak sired by Ampertaine Inferno and out of the Procters Cavalier daughter, Nealford Joyce. Judge Hefin Jones of the Garnedd Herd, Padog, Betws-Y-Coed, Conwy described this April 2018-born bull as ‘very correct, square on his plates with a good topline.’ He was purchased by F & M Williams, Belgate Farm, Shobdon, Leominster. Making 3,000gns was the second prizewinner, Nealford Orkney, by Procters Cavalier and out of Nealford Feather, who sold to WCR Cooke & Sons, Nantyderi Farm, Llantillio, Crossenny, Abergavenny. Roundng off a good sale for James & Chris Neale was their 2,850gns red ticket winning Nealford Oakhampton, by Ampertaine Inferno and out of Nealford Icywind, who went under the hammer to A Thomas, Llanliggo, Monaughty, Knighton. 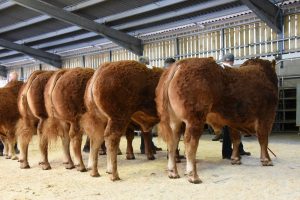 The cow-and-calf outfit of Deri Jaylo with her February-born bull calf at foot Deri Polo from Mr & Mrs TB Griffiths, Brynderi, Llangain, Carmarthen led the female trade at 2,500gns. The five-year-old cow Jaylo is by Haltcliffe Blaze and out of Derosa Trapeze and sold back in calf to the sire of her bull calf, the French bull Julius. New owners are PL & OJ Watkins, Caenant Melyn, Hay-on-Wye. The same purchasers also took home Glenross Gigolette with her bull calf at foot Glencross Priceless for 2,400gns. This rising eight-year-old cow is by Carmorn Dauphin and out of Ardbrack Evette with her bull calf sired by Mereside Lorenzo. This duo was consigned by Mrs C Davies, Glanyfer, Crosswell, Eglwyswrw, Pembs who had earlier sold the Wilodge Tonka daughter Glencross Gloria with her heifer calf at foot, Glencros Pippa,  for 2,250gns to PD & IW Pritchard Wenllan Farm, Hillside, Llangattock, Crickhowell. 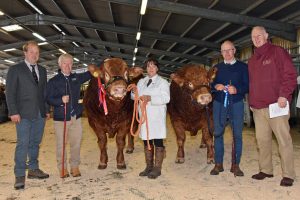