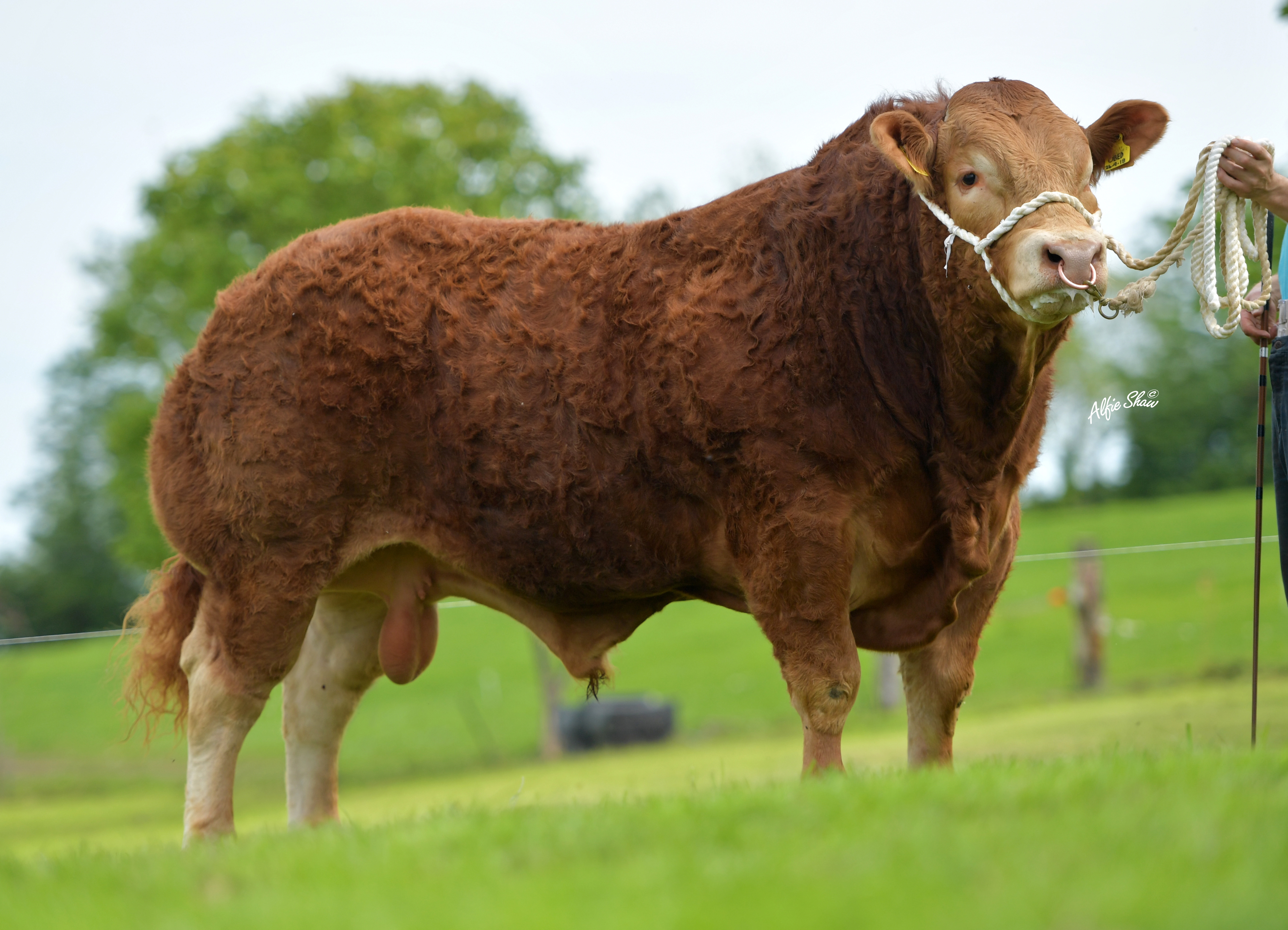 This was for their September 2018-born Limousin bull Rahoney Obed who sold to Stuart Perkins, Somerset for his establishing Hartmoor Herd at Haywood Farm, Terry Hill, Radstock, Bath. With ‘style and exceptional muscle’ according to his breeders, Rahoney Obed is an AI son of Plumtree Fantastic and out of Rahoney Hazel by Haltcliffe Vermount. 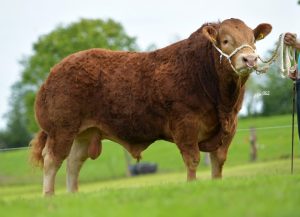 Overall, 16 bulls sold to average £3,281 – up £496 on the year. Females sold to a top of 2,300gns twice for two Heathmount heifers from Messrs McKinney Brothers, Craigadick Road, Maghera – a total clearance.

As this was the first live pedigree breeding sale since lockdown started, there was a very strong interest in this sale. Commenting, Mart Manager Sam McNabney, said: “Working with our partners, we were able to bring buyers and sellers together under strict distancing measures, and all parties were happy overall with how the sale was conducted given present circumstances.”

The second highest priced bull was Carnew Ordiscoll at 4,500gns bred by Messrs J & J Aiken, Dromore, Co. Down. This December 2018 bull is by Gerrygullinane Glen, a grandson of Ronick Hawk, and out of the dam Carnew Ladyjane which is a Lynderg Hero daughter. He caught the eye of Mr Norman McBurney, Moorfields, Ballymena, Co. Antrim. 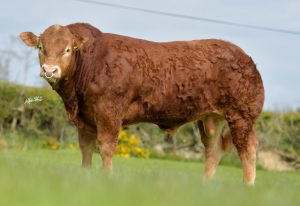 Droit Orkney was next best when fetching 3,800gns and brought out by Mr Richard James Mowbray, Newtownstewart, Co. Tyrone. By Wilodge Cerberus and out of Hatcliffe Harriot who is by Larkhill Firmount, this October 2018-born bull sold to Messrs Kennedy, Mill Road, Downpatrick, Co. Down.

Another bull from Messrs H & D McFarland came in the shape of Rahoney Omega when going under the hammer for 3,400gns to Mr Philip J Savage, Ballywalter, Newtownards, Co. Antrim. This September 2018 bull is by Plumtree Fantastic and out of dam Rahoney Jem who carries Wilodge Cerberus and Homebyres Visitor breeding. 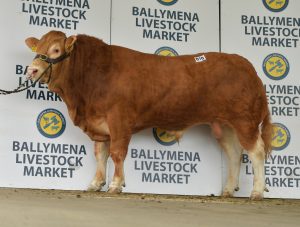 In the heifer section it was the McKinney brothers who had both top priced females at 2,300gns. Heathmount Octet is by Gunnerfleet Landmark 9by Broadmeadows Cannon) and out of the dam Heathmount Aileen, a daughter of Jockey. This July 2018 born heifer sold to Mr B. McAlister, Glenarm, Ballymena, Co. Antrim. The second heifer was Heathmount Passionate, which was a rising yearling born in June 2019. Also by Gunnerfleet Landmark, she is out of the dam Heathmount Jovial, an Etudiant daughter, and heads to Mr James Alexander, Randalstown, Co. Antrim.

The British Limousin Cattle Society and N.I. Limousin Cattle Club would like to thank the auctioneers JA McClelland & Sons as well as partners across Northern Ireland for all their effort leading up to this sale and on the day of the sale itself. The measures taken ensured a live sale could take place to the benefit of all. Also, to our sponsors Ulster Bank and Connon General Merchants, Ballymena.