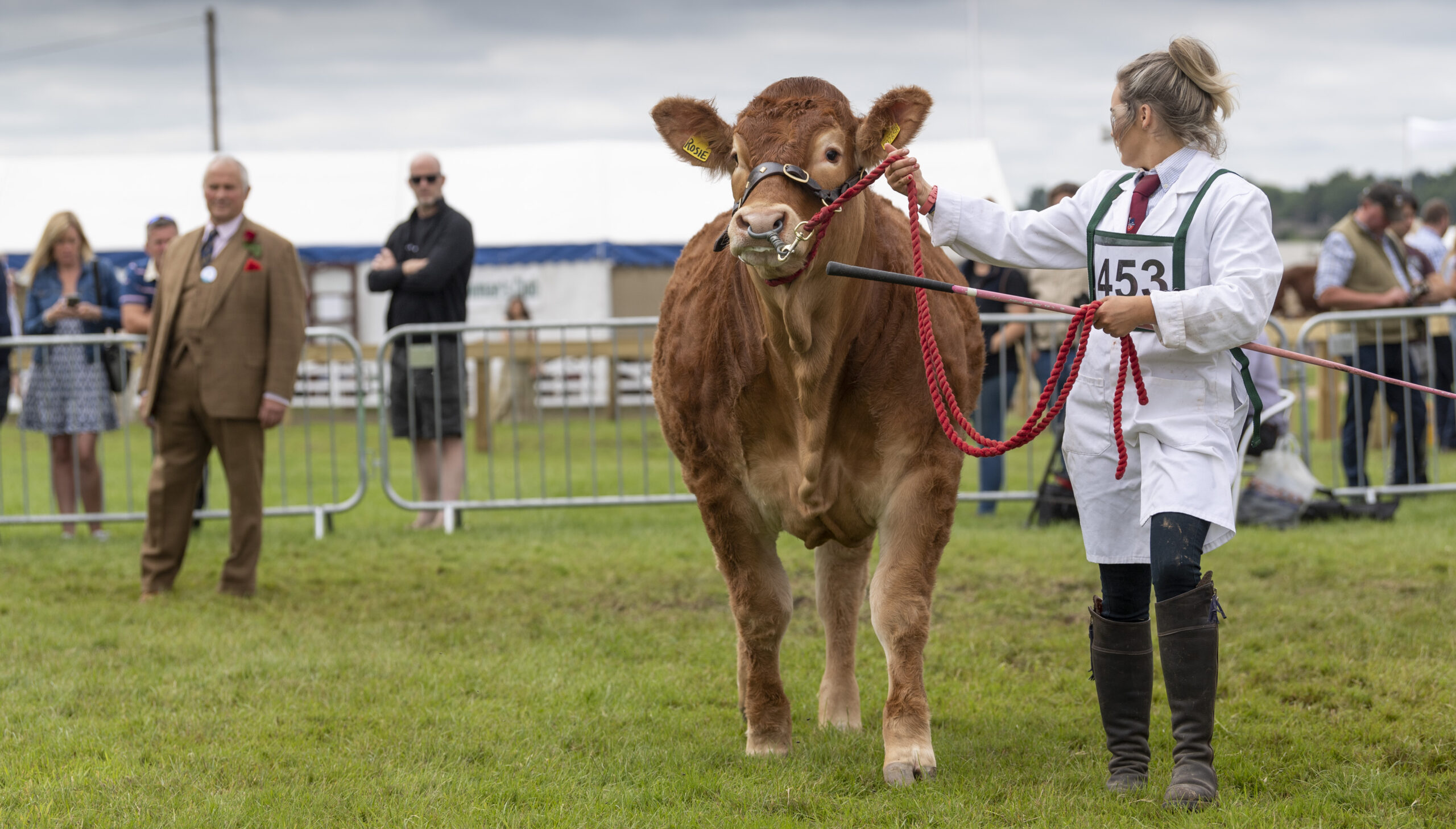 On Thursday 15th July 2021, the greatly anticipated Great Yorkshire Show returned after having to be cancelled in 2020. The 183rd show returned with COVID-19 restrictions still in place, the event had to resort to limited capacity, however this did not affect the quality of animals on display. The British Limousin breed had a tremendous showing in the pedigree beef classes on the Thursday as well as in the commercial section on Wednesday.

Whinfellpark Lupin stole the show, claiming the title of British Limousin Breed Supreme Champion with her heifer calf at foot, Whinfellpark Rizzo. Lupin also picked up Champion female after being placed first in her class. Lupin is a daughter of 120,000gns Dolcorsllwyn Fabio and out of homebred cow Whinfellpark Eirwin. This five year old cow was exhibited by Messrs Jenkinson of the Whinfellpark herd based in Penrith Cumbria.

Foxhillfarm Primadonna was crowned reserve champion after winning her class and reserve female champion. Primadonna is a daughter of Ampertaine Gigolo and out of Foxhillfarm Mammamia who stood breed and interbreed champion at the Royal Highland Show in 2017. Primadonna was exhibited by A Renton & HSB Redden Partners, Meadowrig herd after being purchased from the Foxhillfarm Foundation sale for 19,000gns in August 2020.

Maraiscote Ribery was tapped out as junior champion. by 50,000gns Bassingfield Machoman and out of 17,000gns Sarkley Ellajen, this May-2020 born bull won a tough class of 9 young bulls. Ribery travelled down from North Lanarkshire with Mr J Nimmo to be exhibited.

GROUP OF THREE ANIMALS, the property of the same exhibitor
Open to animals already entered and SHOWN in this breed section

PAIR OF ANIMALS BY THE SAME SIRE, the property of the same exhibitor but not necessarily bred by the exhibitor Open to animals already entered and SHOWN in this breed section.