BCMS figures released for 2007 again confirm British Limousin as the leading beef breed sire in Britain as well as the largest numerical cattle breed – beef or dairy. This is the twelfth year in a row, since official figures first became available, that the Limousin breed has held the number one position.

The recently released figures show that 642,847 Limousin sired cattle were issued with passports in 2007, the equivalent of 34% of available market share. Since the establishment of the British Cattle Movement Service twelve years ago to record all British cattle births and movements, just under 8 million (7,962,470) Limousin sired birth registrations have been recorded. The 2007 figures also re-affirm that Limousin is the UK’s dominant cattle breed, beef or dairy. In the dairy herd Holstein-Friesian or Holstein-Friesian crosses amounted to 577,168 – a number which has remained firm on the year.

Charolais remains the second largest beef breed with 309,729 passports in the year representing 16% of market share. Aberdeen Angus is the most popular native breed with 225,167 registered births representing 12% of the market. The numerical advantage of the Limousin breed is highlighted by the fact that the combined total of the second and third breeds, Charolais and Angus, is a collective 534,896 passports, some 107,951 behind the Limousin figure.

Commenting, Iain Kerr, Chief Executive of the British Limousin Cattle Society, said: “These are again excellent figures that reflect the popularity of the breed with the customer. The industry emphasis is on economic trait efficiency, feed efficiency, easy calving, growth, carcase traits, flexibility, good fertility and herd health. The Limousin breed can provide all of these traits of economic importance that impact directly on profitability.” 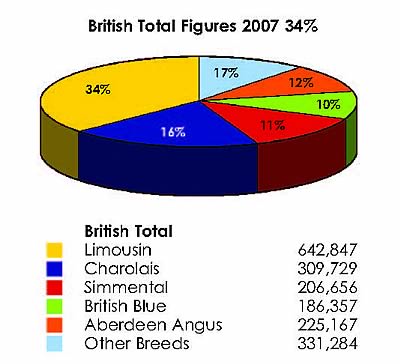 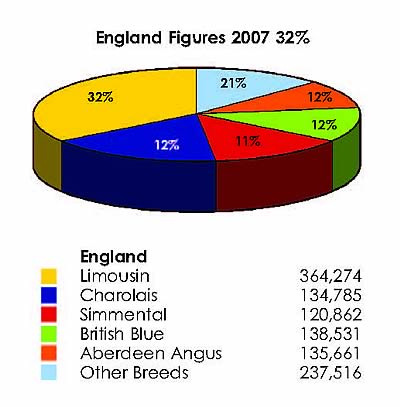 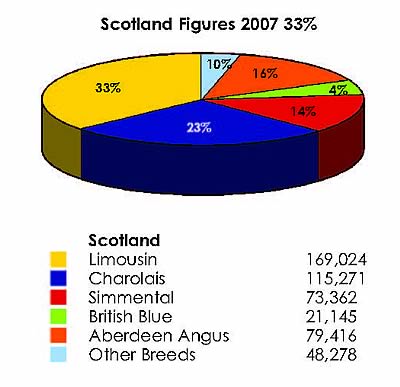 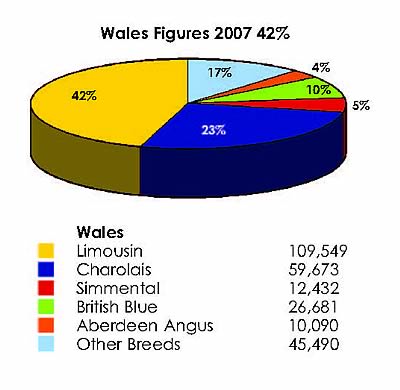