The fifth annual Borderway Agri Expo held at Carlisle on Friday 28th October 2011 saw a clean sweep of championship titles for the Limousin breed. Limousin-sired animals won the Supreme & Reserve Overall titles following on from a clean sweep of the steer and heifer sections, as well as a one-two in the Baby Beef Championships held earlier in the day.

Judging the cattle classes was Mr Archie MacGregor, Allanfauld, Kilsyth, Glasgow who selected as his Overall Champion the Limousin-cross steer Jager Bomb, exhibited by Tecwyn Jones, Ty Newydd, Nebo, Llanwrst, Conwy at the conclusion of seven hours’ judging and from an entry of almost 250 head.

The July 2010 born Jager Bomb is sired by Saphir and was bred by M Jones & Son, Plas Yn Llan, Llangynhafal, Ruthin.  Purchased at Ruthin in February, the 658kg Jager Bomb has performed impressively on this year’s commercial show circuit, having won the National Spring Spectacular Show at the NBA’s Beef Expo 2011 at Newark; the Champion Steer title at the Royal Welsh Show; the Supreme Champion of Champions at Shropshire & West Midlands Show; the Reserve Overall Championship at the 2011 National Limousin Show; together with the Overall Supreme title at Countryside Live. 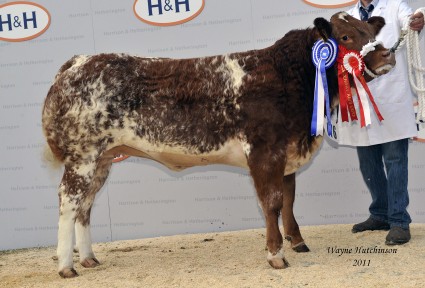 Minnie Me from ML Howatson – heifer champion and reserve overall

Having earlier picked up the Heifer title, Minnie M, brought out by ML Howatson & Son, Ty Newydd, Nantglyn, Denbigh claimed the Reserve Overall title making it a one-two for North Wales exhibitors. The 510kg Minnie M is June 2010 born, exhibitor-bred, and sired by Hartsideanew Crackerjack, a Greenwell Ronick son.  Minnie M came to Agri Expo having previously secured the National Limousin Show Reserve title and having won the Baby Beef Championship and the Overall Supreme Reserve within the Commercial Championships at the Royal Welsh Show, together with the Heifer title and Overall Reserve at Countryside Live. 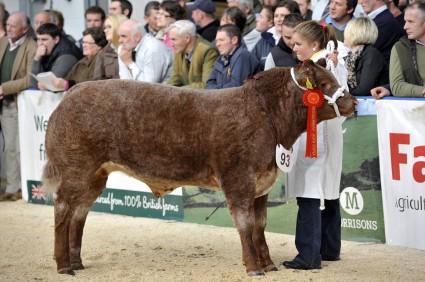 Under the eye of the judge Mr John Robertson, Newton of Logierait, Ballinluig, Pitlochry, the Baby Beef award was another heading to the Alfords this time with their March 2011 born steer calf Pokemon.  Bred by Messrs McArthur, Mid Fleenas, Littlemill, Nairn, and bought for £3,000 at the Thainstone Spectacular where it was also Supreme Baby Calf, Pokemon will also be competing at the English, Scottish, and Welsh Winter Fairs. The Borderway title came hot on the heels of the Countryside Live Baby Beef title secured in the previous week. Reserve Overall Baby Beef was another steer, this time in the shape of JW Smith-Jackson’s Golden Eye, sired by Shire Apollo and bred by exhibitor at Hightown, Melkridge, Haltwhistle, Northumberland. 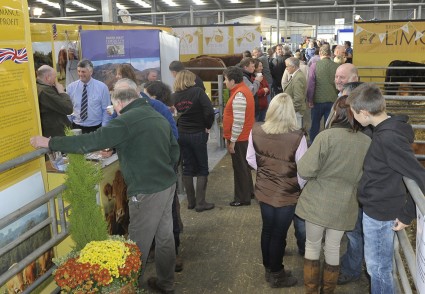 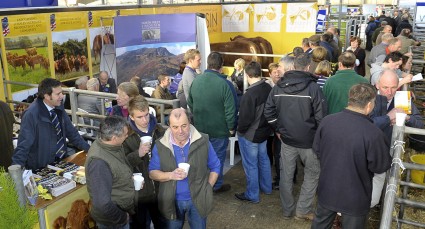