The e-commerce Semenstore.co.uk, has announced that semen from five Limousin bulls has been exported to the USA.

The consignment comprises of a total of 145 straws from the bulls Goldies Terence, Procters Cavalier, Wilodge Cerberus, Wilodge Tonka, and Milbrook Alistair. The Cheshire based Cogent Breeding handled the export delivery, on Semenstore’s behalf, which was made to Jerry Turner of Hidden Creek Beefmasters based in Alabama, US. 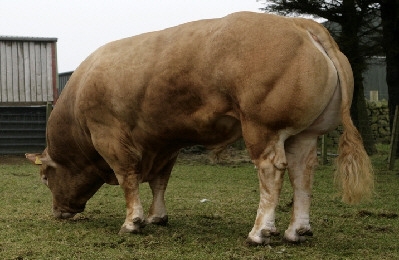 Commenting on his order, Jerry Turner said, “We came across Semenstore as a result of an online search for some of the top Limousin cattle in the world. After extensive research, we found ourselves looking in the direction of the UK. “

“The bulls selected were on the basis of muscling, growth and milk performance. The muscling that we are seeing in these bulls impresses us greatly and we feel that this bred-in trait will certainly add a tremendous phenotype to any breeding program,” he continues.

Mr. Turner plans to selectively breed the bulls with some top cows in order to reap the benefits of the results of superior breeding. It is hoped the resulting offspring will go forward to influence their seedstock programme and in due course their commercial and feedlot programmes. “We believe that the growth and muscling performance in these bulls will positively affect the performance and carcase values of the cattle in our operation,” adds Jerry.

“It is with much anticipation that we await the progeny from UKpedigree Limousins crossed with some of our top purebred Beefmasters. With the exceptional milking ability, hardiness, feed efficiency and easy-keeping traits of our Beefmasters coupled with the strong points of the top UK Limousins we believe that such a mating will produce a very efficient, easy keeping, top performing animal.”

The Beefmaster breed originated in the US in 1954 based on a three-way cross between Hereford, Shorthorn and Brahman cattle and is based on the “Six Essentials” of disposition, fertility, weight, conformation, milk production and hardiness.

At the time of going to press, Semenstore.co.uk has also confirmed a further order of forty straws of Wilodge Cerberus semen to Henbase Limousins inSouth Africa.  The enquiry was initially taken by Semenstore at the French National Limousin Show held in September in Cournon. 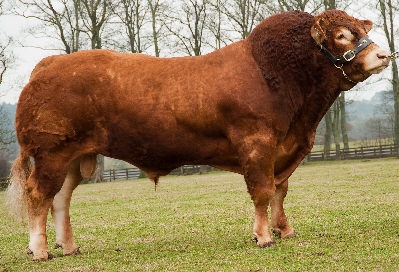 Commenting on the export orders Semenstore Director Iain Kerr said: “The increase in full-value export sales has been a real feature of Semenstore’s business this year.  The export interest in, and demand for, British genetics is a ‘good news’ story for the UK pedigree industry as a whole.”