Limousin-sired cattle were to the fore again at the final major primestock show of the winter season, the inaugural East of England Smithfield Festival, the new home for the Royal Smithfield Club’s primestock championships. 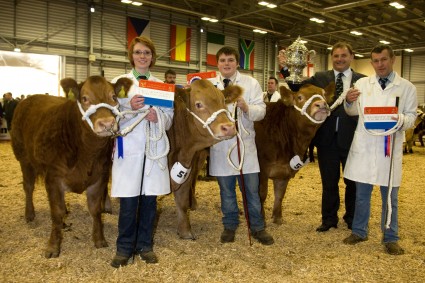 Once more dominating the entries, the Breed featured in all the major championships at Peterborough 2nd-3rd December 2011 and claimed one of the most prestigious prizes on the primestock circuit when it took the Duke of Norfolk Trophy for the best three purebred animals. 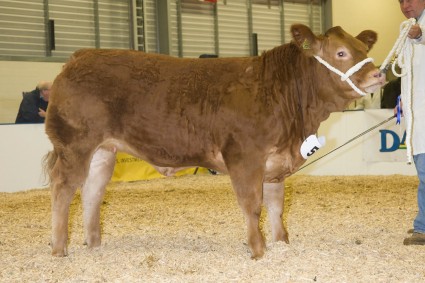 In this team were the Limousin steer Powerhouse Frigate from Elfed Williams, Sennybridge, Brecon together with two heifers in the shape of Wilodge Flawless from Christine Williams & Paul Tippetts of Shifnal, Shrops and Hightown Fantasy from the partnership of Andrew Richardson, Appleby, Cumbria& Jennifer Hyslop, Balluskie, Girvan. 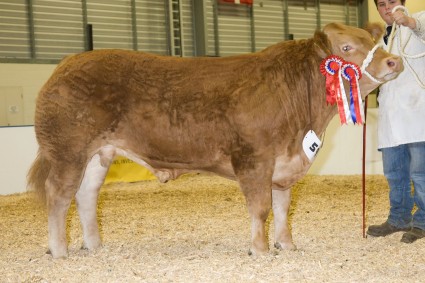 Frigate, a Soleil son bred by Colin & Wendy Philips, Weobley, Hereford is out of Chatsworth Bridgette and weighed in at 582kg. The homebred Wilodge Flawless is by Objat and out of the noted Wilodge Diamante and tipped the scales at 538 kilos and Hightown Fantasy is by Brontemoor Andover and was bred by John Smith-Jackson. She weighed 457kg and is out of Newsham Nina. Wilodge Flawless had earlier secured the pedigree Limousin Championship ahead of Powerhouse Frigate in Reserve. 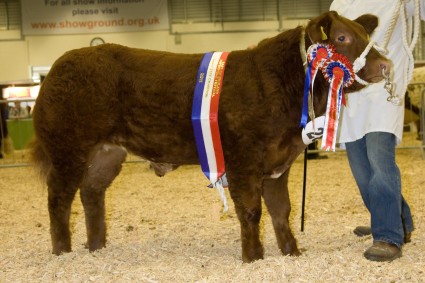 Baby Beef Champion Golden Eye
In the event’s Baby Beef championships, Limousins took both the supreme and the reserve title, again with Mr Smith-Jackson’s breeding. Golden Eye, a Shire Apollo son born in May this year which tipped the scales at 314kg from John Smith-Jackson, Melkridge, Haltwhistle took top honours. He had previously been Reserve Baby Beef Champion at Borderway Agri-Expo in October. 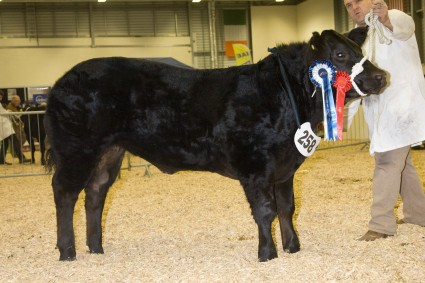 Standing reserve to Golden Eye was Daisy from Kevin Ludgate, Leighton Buzzard, Beds. This April-born heifer is by the prolific 42,000gns Wilodge Vantastic and is out of a Limousin-cross dam and weighed in at 417kg on show day. 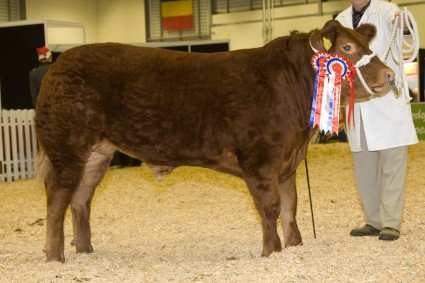 Taking the Reserve Overall Championship along with the Steer Championship and Continental Steer Championship was I’m Your Man from Michael and Melanie Alford, Devon. This September 2010-born steer is a Goldies Oswald son bred by the Blandford Family and is a full brother to the 2006 Royal Smithfield Christmas Fair Supreme Champion, Mark Hallam’s The Deerstalker.

I’m Your Man weighed 548kg and had previously been Reserve Overall Champion at last month’s Royal Highland Winter Fair. He later sold in the show’s auction for £4.35/kg, being bought by L Brown & Son, Lincoln. 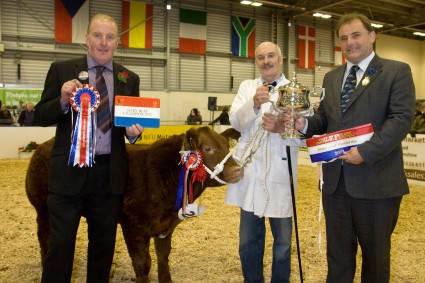 A Limousin sire was also behind the Reserve Overall Heifer Champion in the shape of Secret Obsession from Arfon Jones. She weighed 710kg. Limousin-sired cattle then took a one-two in the East of England Agricultural Society classes for exhibitors who had shown at both the East of England Show in June and the East of England Smithfield Festival. Leading this line-up was Cher, a 596kg Limousin-cross heifer from Trevor & Jonathan Lyon, Lincs while Reserve was Ali Kat from Mike & Jean Dickens, Bucks.