Mr Mulholland, who backed his judgement when paying £4700 to buy the heifer in the event’s auction sale, described her as “Quite simply the best heifer I have ever seen”. 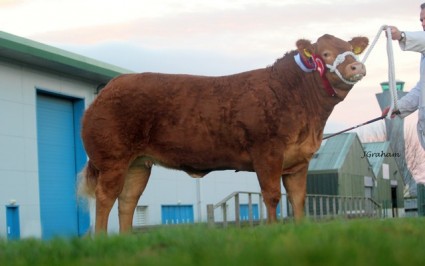 Bred by the Stevenson family, Pitlochry, Needing TLC, a Naby Director daughter, was bought at the Caledonian Marts calf sale in September and marked Mr Peters’ first championship win at the event having previously won the Butchers Cattle championship on a number of occassions.

It was the turn of the Alford family, Mike, Melanie and Charlotte, of Devon, to take the reserve overall title, winning through with their steer champion Harlem Shake.

This Cawfields Dazzler son weighed in at 688kg and came to the Scottish Winter Fair having been steer champion at the Royal Welsh, Great Yorkshire and Royal Highland shows this summer.

He was bred by O J Kendall, this one was bought at the Leyburn Spring Spectacular and was also steer champion at Beef Expo in May. 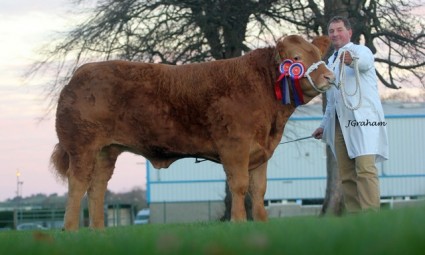 Reserve in the steer championship was Richard Wright’s second prize steer from Harlem Shake’s class, Tip Top. This 660kg Limousin cross steer was bred by the Jerman family and is by Powerhouse Emblem and is out of a Limousin cross dam.  He’s previously stood second at Agri-Expo and is now entered for the Royal Welsh Winter Fair.

Taking the top title in the lightweight steers was another Limousin sired bullock, with the Robson family winning here. Their section leader was Will I Am, a Limousin x Saler x Galloway sired by Glangwden Downtown. He weighed 495kg. Reserve here went to the second prize steer from the same class, Mobot. Bred by Balfour Baillie, this one was shown by Stewart Bett and Lynsey McKay and weighed 538kg.

A Limousin sired bullock then took the reserve intermediate steer championship, with this title falling to D Blair and Son with Birsay Boy. Bred by the Boghill family, this one is by Beck Chester and weighed 562kg.

And Limousin breeding was behind the reserve Lightweight heifer and reserve heavyweight heifer too, with the reserve lightweight award going to Allan Campbell with Bootylicious. This heifer was bred by Messrs Munro and Son and is by Murrayfield Unique and weighed 520kg.

Then scooping the reserve heavyweight heifer championship was Melanie Alford at the halter of Daddy’s Big Bucks, who stood second in her class to the overall champion. This one was bred by the George family, Huntly, and was champion at Agri-Expo Carlisle, earlier in the month.

Leading the way here was Robert Cininghame’s 327kg heifer, Ciara. This one is by Spittalton Drew and is out of a Limousin cross dam. 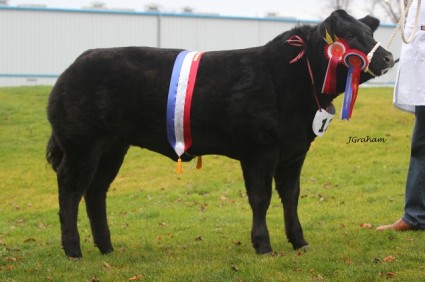 Reserve to this one was the second prize from the same class as the champion, Alistair and Liz Vance with Bonnie Betty, a Wilodge Azur daughter out of a Limousin cross dam and  weighing 316kg. 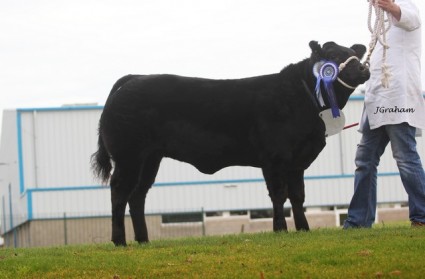 This son of Plumtree Fantastic is out of the French-bred Nova, dam of the multi-award winning sire Samy. He has previously been reserve senior Continental interbreed at the recent Stars of the Future Calf Show.

Standing reserve was one of the well travelled team from the Alford family, Foxhillfarm Izzy. This one is by the noted Wilodge Vantastic and is out of Bankdale Alice, making her full sister to last year’s champion and multi award winning heifer Foxhillfarm Gracie.