Home 2017 COMMERCIAL SUCCESS FOR LIMOUSIN AT THE GREAT YORKSHIRE SHOW 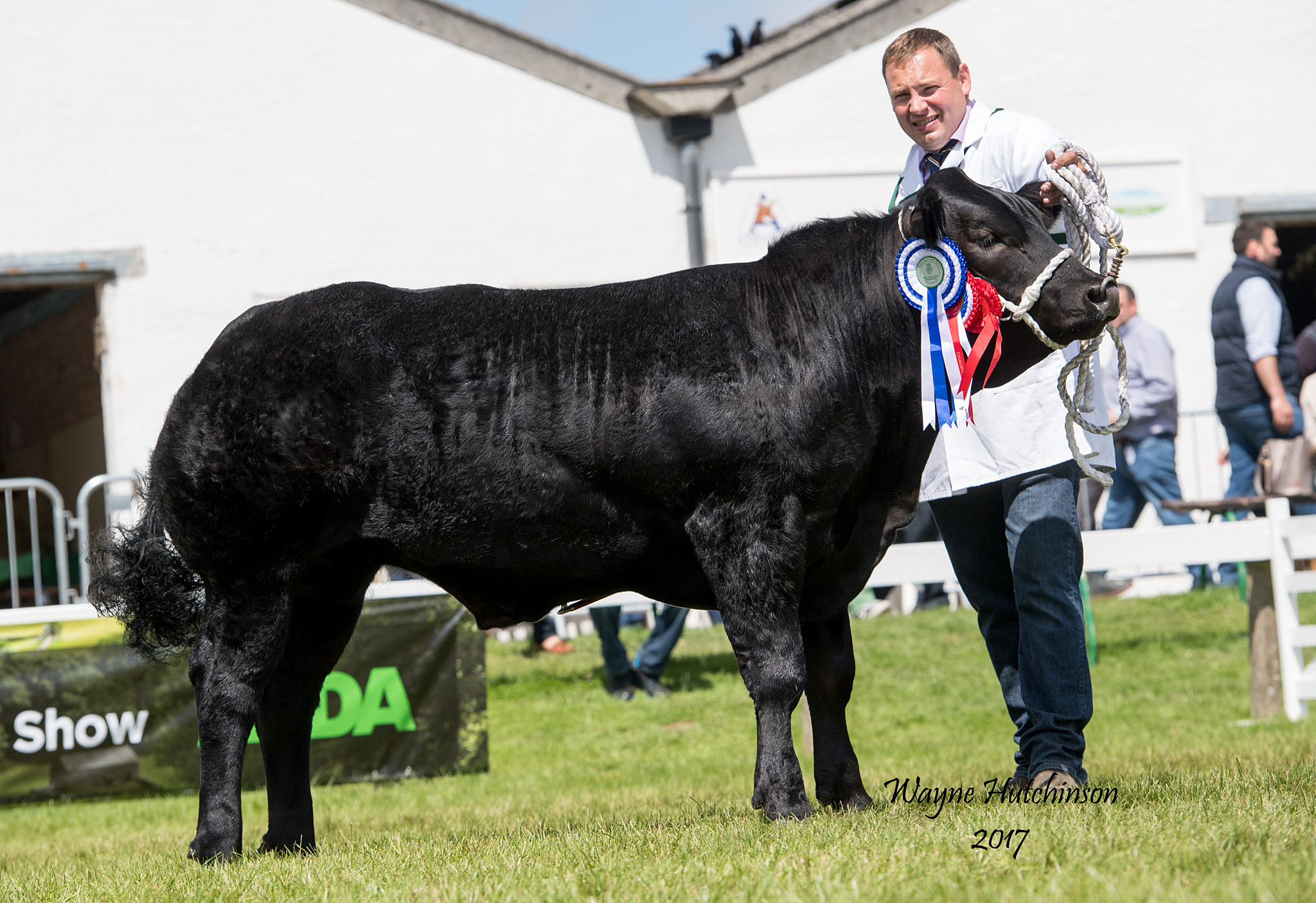 The keenly contested Commercial Cattle section at the Great Yorkshire Show on Wednesday 12 July featured an impressive display of Limousin cattle. It was a May 2016 Limousin cross from Mark Harryman and Sarah Warriner from Pickering who took the Champion Commercial Beef Steer award home before going onto take the reserve spot in the Supreme Championship.

Reserve champion heifer went to a Limousin cross from Neil Slack, Penrith, Cumbria. The home-bred heifer, born in January 2016, is by a Rossingnol sire and out of a British Blue heifer. She has many wins already under her belt including reserve champion at Beef Expo earlier this year and baby beef champion at Smithfield in 2016.

Asda’s extra special steak eating competition came to a head at the show with a cook-off in front of a large audience. Eight steaks had been chosen as finalists from an impressive 150 entries from ABP’s processing facility at York. Five out of the eight finalists were from carcases featuring Limousin genetics which gave a great advert to the audience as to how strongly Limousin cattle feature in the beef production mix.

The fantastic eating qualities of Limousin prevailed, just as they had done in the same competition at the Royal Highland Show just a few weeks ago. After deliberation, the judging panel gave the top score, by some margin, to a sirloin steak from a Limousin cross steer. Taking the honours was Rob Matten, from Thirsk for a steak from a steer which weighed in at 367.9kg deadweight with a U=3+ grading. Rob’s commercial enterprise finishes around 1,000 head each year. While Asda’s senior meat buyer Paul Geary gave praise to all the finalists, he commented that the flavor, succulence and tenderness of the winning steak was impressive and delivered exactly what consumers are looking for.

These successes at the commercial end of the business are key for the Limousin breed. As the Agriculture industry speculates on what the Brexit vote means for the United Kingdom’s beef farmers, pedigree and commercial, there is no doubt that changes and challenges are on their way. The industry is already moving to one being more driven by efficiency and profitability and cattle with the genetics to convert food efficiently, reach slaughter weights earliest and deliver carcases consistently hitting supermarket specifications will be in greatest demand. The change in market focus is one that fits the Limousin breed extremely well; medium sized cows delivering fast growing quality calves with top grades, good yields and high killing out percentages.

At the trading side of the equation, it is well established that consumers have benefited from the deflationary environment in the retail sector over the past couple of years or so. However, it is reasonable to expect that increasing food prices could be around the corner. The effect this has on purchasing behaviour for higher priced proteins could well be a negative factor playing on the sector going forward. In addition, with convenience of increasing importance, primary red meat cuts look vulnerable in the context of modern lifestyles. Consequently, for consumers, eating quality and value for money will become even more critical factors than they already are. The evidence presented on the ASDA stand at the show once again revealed how products from Limousin cattle are already delivering both these things for the consumer.