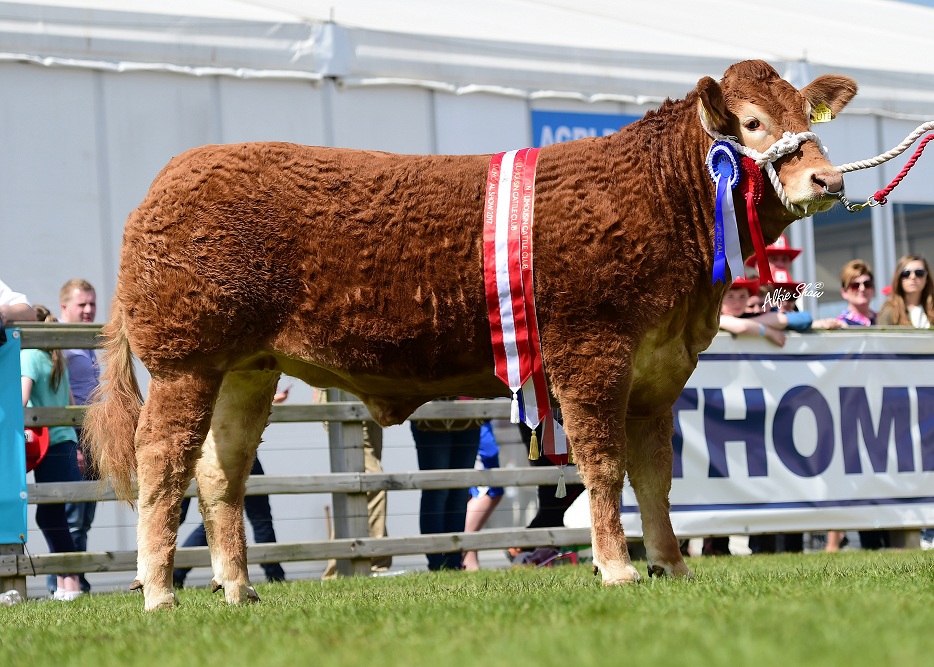 Share on Facebook
Tweet on Twitter
The breed has been on spectacular form throughout the summer show ‘majors’ as it surpassed the previous three years total of 14 Interbreed titles by some margin. Limousin cattle claimed a mighty haul of 22 Interbreed titles at the Balmoral, Royal Highland, Great Yorkshire and Royal Welsh shows combined.
Kicking the season off in memorable style was success in seven Interbreed championships at the Balmoral show in early May. In a remarkable achievement, the Trueman Limousin team of Henry Savage & Sons from Newry, Co Down took all these Interbreed titles, including the Supreme Individual Championship with the stylish heifer Trueman Lute plus the group of three and group of five. This prize winning haul for the Savage family is thought to be the most dominant show by one breeder and one breed at any of the modern day summer ‘majors’.
In the commercial championships around the shows, as would be expected given the position of the breed in the UK’s cattle herd, Limousin genetics have dominated the entries throughout the UK. With standards high across all breeds it has been fantastic to see so many championship titles being awarded to Limousin sired or Limousin influenced cattle. This success continues to clearly demonstrate why Limousins are so relevant in today’s competitive commercial market.
The summer shows, ‘majors’ and county alike are not only an important vehicle for the promotion of animals coming forward for breeding but also a ‘shop window’ for the industry. The Highland show alone reported a record breaking 190,000 visitors attended the four-day celebration of farming, food and rural life. Livestock producers get a chance to showcase their product first hand to the end consumer. Hats off to all the Limousin exhibitors who seized this rare opportunity over the summer of 2017.