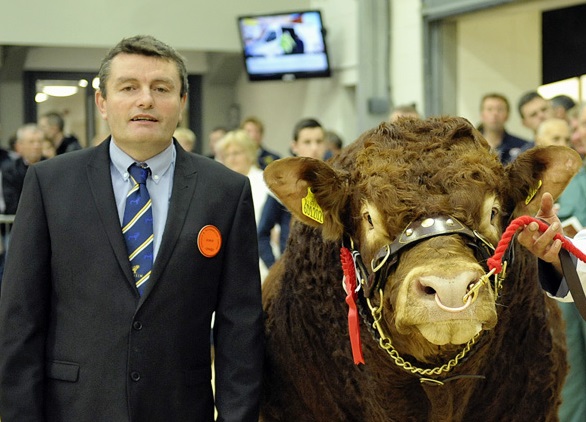 He takes over from John Phillips who had served as Chairman for a three year term of office. Mr Cursiter, who has been the Society’s Scottish regional representative on the Council of Management for nine years, becomes the 16th Chairman of the BLCS in its 46 year history. 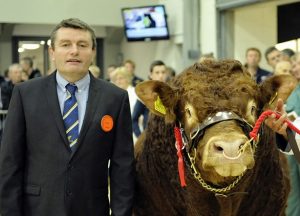 Michael, together with his wife Ruth, run the Lagas Limousin Herd from their farm in Evie on the island of Orkney, just about as far north as the map of the UK extends to. He joined the BLCS in 1994 when the pedigree herd was established with the purchase of two Newhouse heifers plus a further two privately from the late Doug Edgar. Laga Farm is a family run business, which as well as the pedigree herd consists of a commercial cattle enterprise, a sizeable sheep flock and a children’s nursery. Of the 1,700 acres of land, which is a mixture of pasture and rough grazing, the family own 700 acres and rent the remaining 1000. The farms current position is a long way from the original 60 acres of Laga which was bought by Michael’s grandfather and father back in 1952.

A well-known Orcadian Michael has held many local office posts over the past 20 years, while nationally he has served as director of NFU Scotland, and Hi-Health Ltd, which was Scotland’s largest and only farmer led cattle health scheme.

On his election to Chairman of BLCS Mr Cursiter commented “I am very honoured to have been elected as Chairman of the UK’s leading beef breed Society. Continuing to drive the strong position of the breed and the Society within the industry, I will be working hard with the Council and its members in sustaining and building upon the outstanding achievements of the past three years. In line with the Breed Improvement Plan, further development of the breed and adding value through new breeding technologies as they become available will remain at the heart of the work we do”. He went onto say “The early results from the feed efficiency project indicate that there is a financial opportunity for producers to exploit. I will continue to place emphasis on robust communication and promotion of messages like this to every level of the industry so that this kind of research is translated into real, tangible outcomes for members and commercial producers”.

At the same meeting, Brian Lear, who runs the Turville Herd at Creslow, Buckinghamshire was elected as the British Limousin Cattle Society’s Vice Chairman. In addition, Jonathan Watson of the Tweedale Herd, Berwick-upon-Tweed, Northumberland, becomes a new face to the Council of Management having been elected as a National Representative.