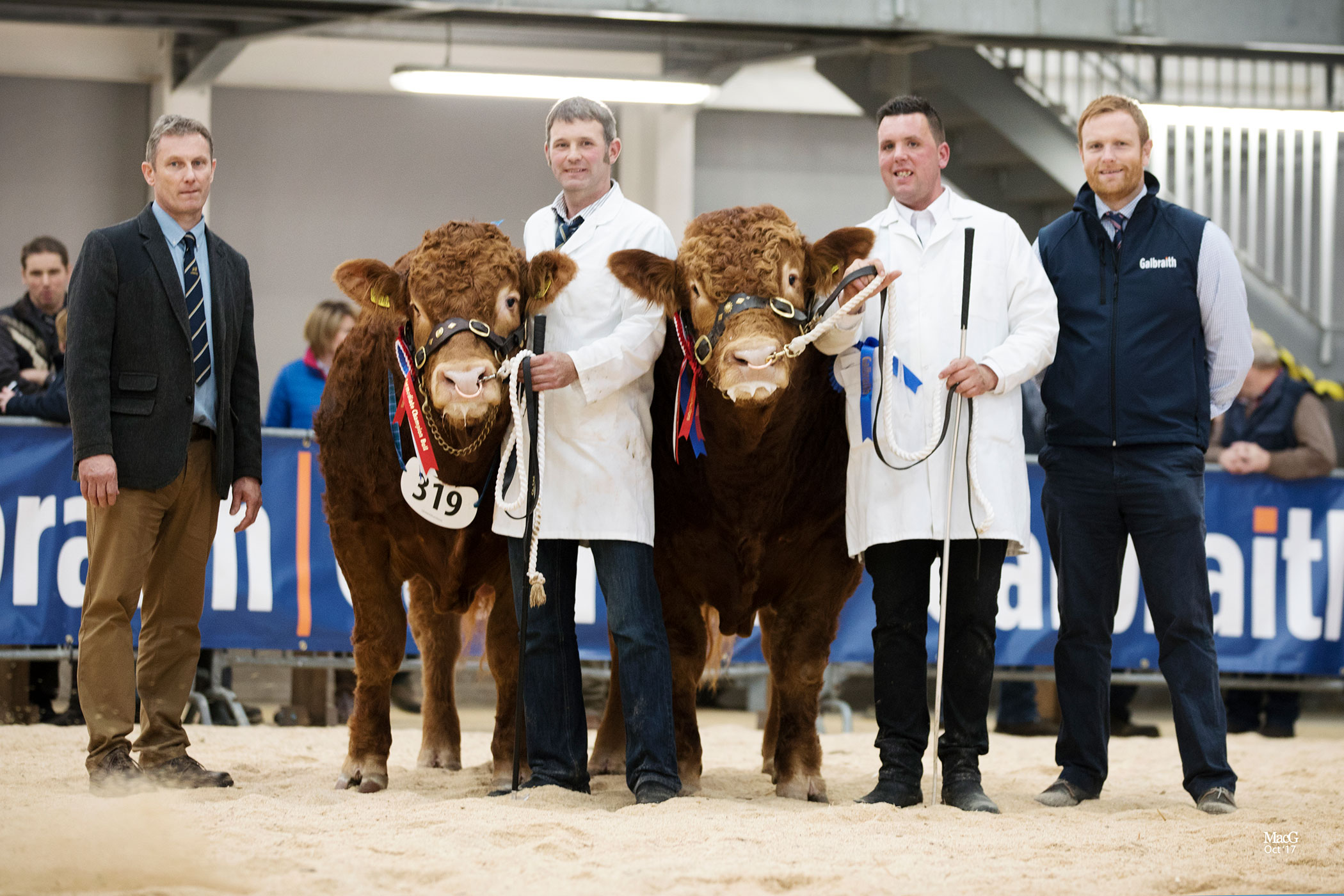 The April 2016 natural born calf by Wilodge Granville out of Ronick Fallise comes from local breeder Ronald Dick, Mains of Thrisk Farm, Stirling. In placing him as Champion Judge Mr Chris Pennie of the noted Sarkley Herd, Montgomery commented that he had “spotted him straight away when he came through the Intermediate classes” he said “I liked his smartness in the ring, he is a powerful clean bull with real class”.

On his way to the Overall Champion accolade Ronick Moose had stood as the Intermediate Champion, edging his stable-mate the March 2016 born Ronick Mason into Reserve Intermediate Champion position. Also by Wilodge Granville, Mason is out of Rathconville Honeycombe, herself a full sister to the Ronick Herd stock bull Rathconville Eugene, who has bred females to a top of 20,000gns.

The Senior Championship went to another bull from the Dick family Ronick Merchant. The February 2016 born bull is by Rathconville Eugene out of Ronick Hylvia. Eugene has proved himself to be an exceptional stock bull within the Ronick herd producing progeny selling well into five figures. The Powerful Irish son Anside Maximus from Mr and Mrs Irvine, Drummuir, Keith was tapped into Reserve Senior Champion position. 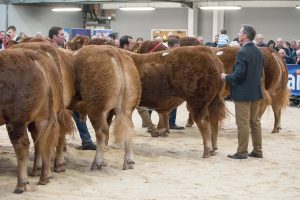 There was a compliment of females presented to the Judge later in the afternoon. Females  from the Bruce Goldie stable at Townfoot, Mouswald took the awards, Goldies Meg was tapped out as the Champion and Goldies Marge stood as Reserve. Both by Goldies Fortress, Meg is out of Goldies Dame while Marge is by Goldies Foxtrot.