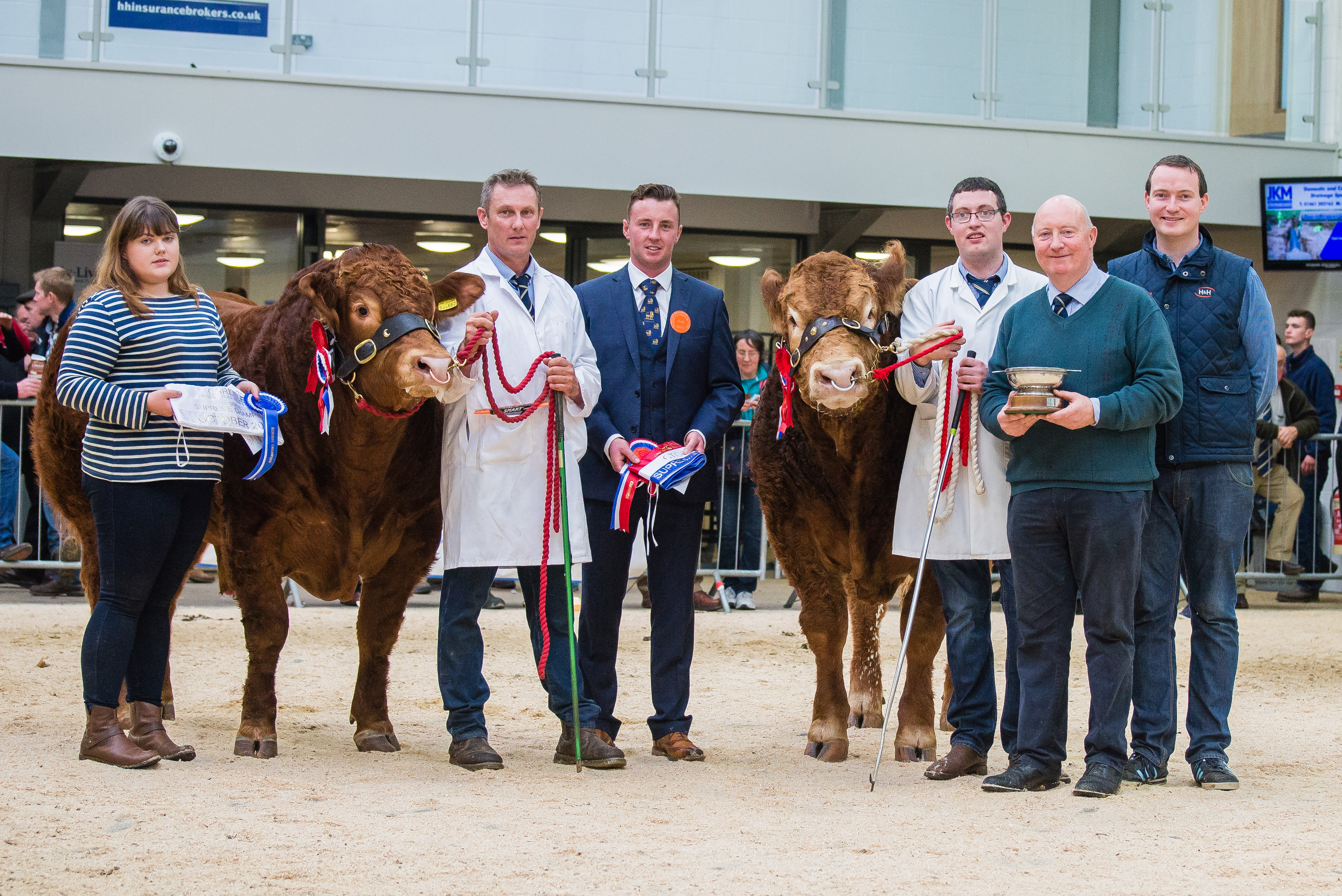 Trueman Mozart followed up his impressive haul at the Balmoral Show earlier this year by taking Supreme Champion position at the British Limousin Cattle Society’s pre-sale show at Carlisle on Friday 13 October.

The May 2016 born embryo calf Trueman Mozart, from Henry Savage & Sons, Co Down, is the first bull by the 147,000gns world record price holder Trueman Jagger.  Out of Trueman Honey, herself a past Overall Reserve Supreme at Balmoral Show he was tapped out as champion by Judge Mr Duncan Hazard, Mereside Herd, Grantham, Lincs.

In praising the Champion bull Mr Hazard commented that “he has great width for his age, an impressive top line over the plates and enough muscle where it was needed”. Mr Hazard extended his commendation to the Intermediate Champion Sarkley Moray, who he selected as his reserve Overall Champion. From Messrs Pennie & Son, Powys, the natural calf born April 2016 is one of the first sons to be offered for sale by the 13,000gns Ampertaine Interest. His dam, Sarkley Hosanna is a very smart daughter of Sarkley Oriana, who was a prolific show winner through 1999 and 2000. Mr Hazard remarked that he was a “quality carcase bull with good locomotion who had performed well in the ring”. He added that “he could do well in either a pedigree or commercial herd”.

The Carlisle Three Award, a special award for the best pen of three home bred bulls went to Stuart Fotheringham, Ballinloan Herd, Dunkeld, Perth and Kinross. His team of three consisted of Ballinloan Mountain, Marshmallow and Master all who were sired by the Wilodge Cerberus son Ampertain Foreman. Mr Hazard praised the “impressive balance” throughout the group. Reserve group of three went to the cohort of bulls from R & J Graham, Bridge Of Allen, Stirling.