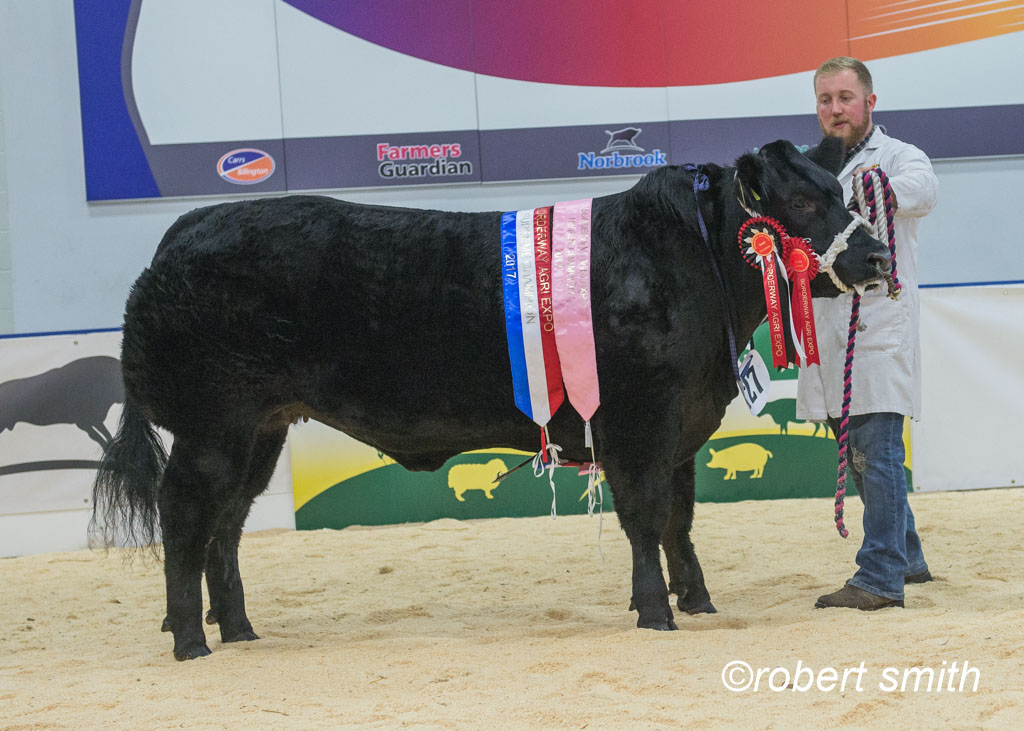 Limousin sired cattle enjoyed a clean sweep of the top awards at Borderway Agri-Expo on Friday 3rd November. Cattle with Limousin genetics took the Overall and Reserve Championship titles, as well as the Heifer Championship, the Steer Championship and Reserve, and the Baby Beef Championship.

At the conclusion of over seven hours of judging and in front of a considerable crowd, the stylish heifer Bexy Boo from Robert and Leanne Workman, Northern Ireland was tapped out as the Overall Champion by Judge Mr Chris Pennie from the Sarkley Limousin Herd, Montgomery Powys.

Although well-known on the judging circuit, with highlights including the Balmoral Show, Tullamore Show and the Royal Highland Show, as well as the Carlisle Limousin Society Bull Sale, this was Mr Pennies’ first role judging at the Agri-Expo event.

In an event where the ring was dominated by Limousin genetics, earlier in the day Bexy had been selected as Overall Heifer Champion by Mr Pennie. The 15-month old heifer, the family’s first Borderway Agri-Expo commercial entry, arrived at Carlisle having won the calf-championship at Allams late last year. When, after some deliberation the Judge finally made his selection, a clearly overjoyed Workman family could be heard celebrating throughout the entire exhibition hall. A visibly jubilant Leanne described the feeling of winning as “totally unreal”, however, she did add, that “from a young calf I always knew Bexy was something special and it’s brilliant to see her fulfil her potential by winning here today”. Bred at home by Robert and Leanne, Bexy Boo is sired by the noted Limousin bull Wilodge Vantastic and is out of the family’s show cow Gabby. Very popular on the yard at home, she will now go back to Northern Ireland to be retired for breeding.

Chris Pennie was full of praise for his Champion and for the overall show of cattle and said:  “I was thrilled to have been invited to judge the cattle classes at Borderway Agri-Expo this year.  The calibre of entries has been outstanding all day and the decisions were difficult. The heifer Bexy Boo came to the ring with style and show presence, as well as natural width, a great top line and excellent conformation. She is the epitome of what the commercial market is looking for at the current time”

Placed as Overall Reserve Champion was the Steer Champion from earlier in the day Jon Snow. The Scottish-bred bullock comes from fellow Northern Irish competitors Dermot and Gareth Small. They purchased the September 2016 born bullock for £6,000 at the Thainstone Spectacular from John and Craig Robertson, Logierait Commercials, Newton of Logierait. Sired by the much admired Objat son Calogale Irresistable, his outing at Carlisle was the first since Dermot and Gareth bought him.

The Reserve Steer Champion was the May 2016 born Jimmy from Mark Harryman and Sarah Warriner, Pickering. By Keskadale Fame out of a Limousin cross cow Jimmy was bred by Messrs Richardson of Gatesgarth, Cumbria, and purchased by Mark and Sarah at Cockermouth Market. In what has proved to be a successful autumn so far Jimmy came to Borderway on the back of taking the Reserve Champion spot at the recent Countryside Live event in Harrogate.

Even more success came for Limousins in the Baby Beef Championship where the task of judging fell to a regular face in the show ring Sarah Wareham of Little Tottingworth Farm, near Heathfield in East Sussex. Sarah brought a lifetime of experience in farming and judging to the ring and she has been a very regular exhibitor at Borderway Agri Expo since its inception. In judging the Baby Beef classes, Sarah commented that she “was looking for a stylish animal with plenty potential combined with real show quality and appeal”

She found exactly this as she tapped out a home-bred Limousin cross heifer Little Mix from Tecwyn Jones, Llanwrst, Conwy as the Overall Baby Beef Champion. The January 2017 born heifer is by another Objat son Powerhouse Elite, and out of a Limousin cross dam. Sarah placed Robert and Jean Graham’s April 2017 born heifer Grahams Nova as Reserve Baby Beef Champion. Another home-bred success, this time with a full pedigree, she is by the Fieldson Alfy son Kilcor Iceman who the Graham’s purchased back in 2015 for €28,000 at Roscrea.

Backing up the breed’s dominance as the complete beef breed was the presence of an excellent display of Limousin pedigree and crossbred cattle on the Society’s tradestand which drew a strong crowd of visitors throughout the day. Cattle were kindly provided by Messrs Jenkinson and Messrs Chappelhow both from Penrith, the Bell family in Appleby, H L Whitfield in Haltwhistle and Thor Atkinson, Ulverston. Some first-class hospitality was provided by the North West Limousin Club and Michael Cursiter, the recently appointed BLCS Chairman was also on hand to meet with members, breeders and commercial producers. 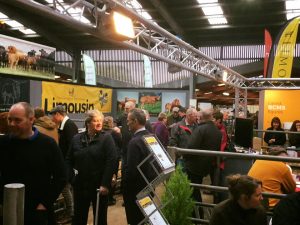 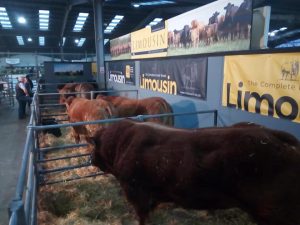