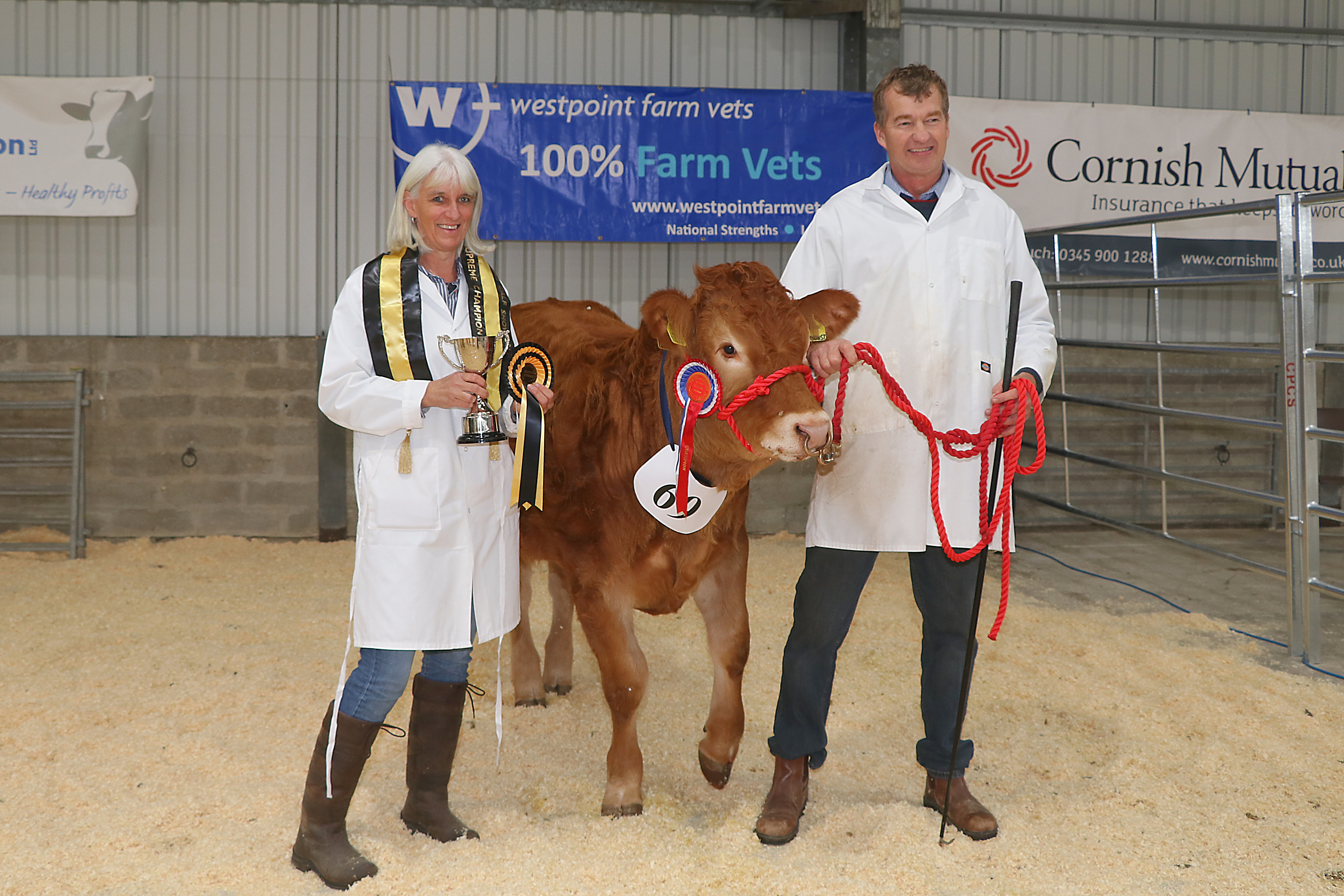 The Cornwall Pedigree Calf Show has a firm place on the agricultural calendar in the South West. Traditionally, it is held on the last Sunday in October, which this year happened to coincide with the clocks going back, giving exhibitors an extra hour in the morning to prepare their animals.

The event at the Royal Cornwall Showground in Wadebridge saw a handful of Limousin exhibitors bring their calves into the show ring under the watchful eye of Judge Mr Patrick Greed of the Killerton Herd, Exeter. Mr Greed tapped out Highridge Moondust from Garry and Lorraine Dunn, Okehampton as the Champion Limousin. The November 2016 born heifer, which is by Ampertaine Foreman out of Proctors Essa, then went onto take the Overall Reserve Supreme Championship.