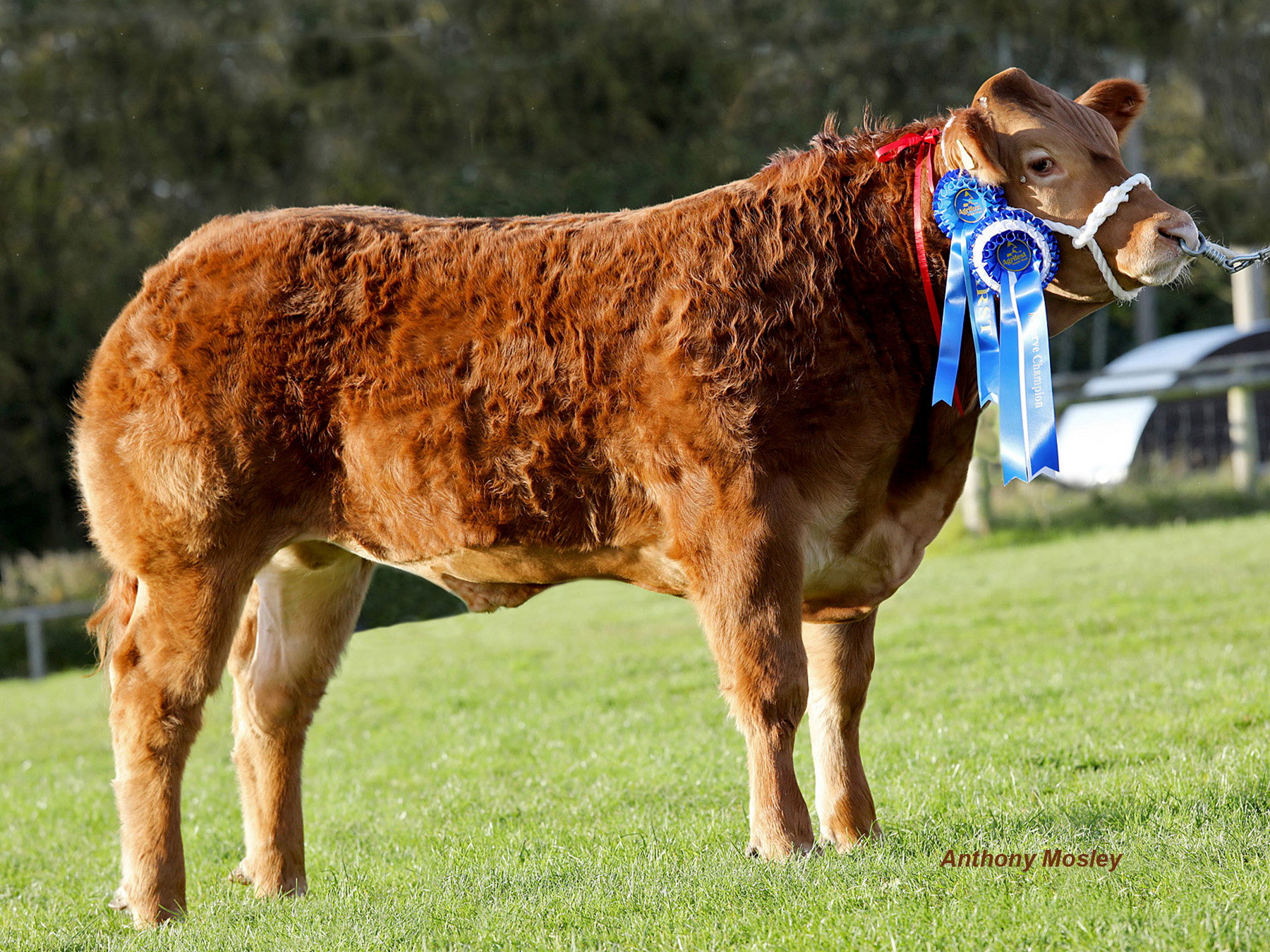 Agrifest South West took place at Westpoint, Exeter, Devon on Wednesday 8th November 2017. Organised by the National Beef Association South West, the event showcased the breadth and depth of quality livestock breeding and production in the region. The one day event, in its eighth year, welcomed Her Royal Highness the Countess of Wessex in her role as President of the Devon County Agricultural Association.

Limousin cattle were well represented in the livestock classes and claiming the Reserve Supreme Beef Champion title was Graham Ward of Torrington with Morse. The June 2016 born Limousin sired steer was bought at the Sedgemoor calf sale from Messrs Lewis, Carmarthen and was being shown for the first time.

Lin Calcraft, Honiton took the Bred and Fed championship with Miss Independent, an 18-month-old Limousin heifer by Swarland Eddie and out of a Limousin cross dam.

The Baby Beef championship went to the Alford family with the May 2017 born pedigree Limousin heifer, Foxhillfarm Naomi, by Trueman Jagger out of Foxhillfarm Isla. Sarah-Jane Layton from Leominster took the reserve spot with her second placed Limousin-sired heifer, 10-month-old Lady De Beaut who had been reserve champion in the Baby Beef class at Beef Expo and second at the Royal Welsh earlier in the year. Foxhillfarm Nigella, a six-month-old Limousin heifer by Neuf out Glenrock Illusion took the Reserve Continental and Reserve Overall Champion Pedigree Calf titles for the Alfords.

The Society’s stand by the ring was busy all day serving tea and coffee. The Duchess was welcomed onto the stand by Society staff, Debbie Butcher and Alison Glasgow and the Limousin South Western Cattle Breeders Club secretary Diane Richards. The group chatted to the Duchess about the sizeable contribution Limousin cattle make to beef production in the UK and her recent 450 mile charity bike ride. Debbie also spoke on the seminar program about the Society’s on-going Breed Improvement Programme and how the outcomes will improve profitability for producers.