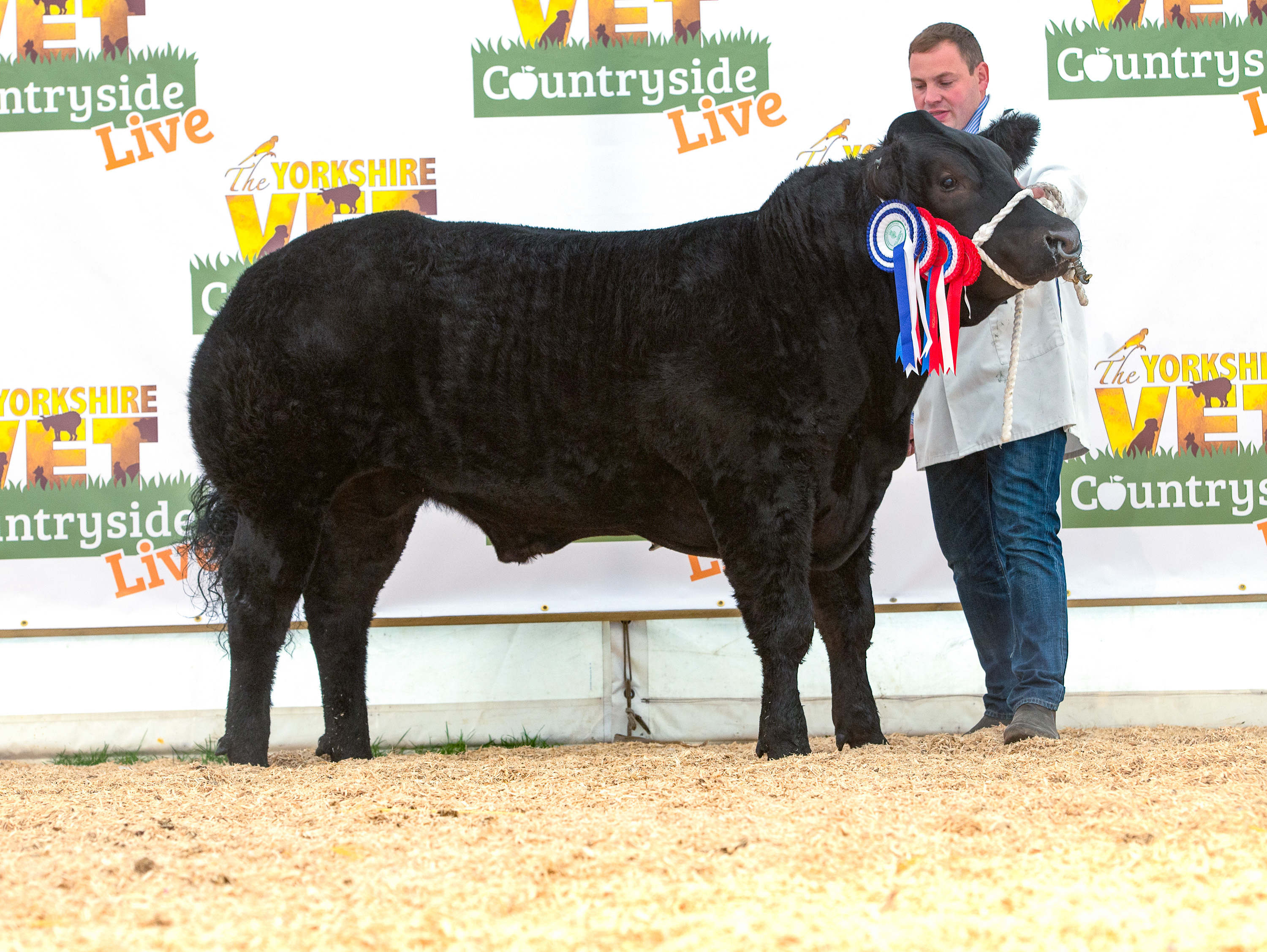 he 15th Countryside Live held in Harrogate during October welcome a record number of visitors and marked the start of what turned out to be a successful winter show and sale season for the Limousin breed.

Judged by Chris Stubbs, Northwich, Cheshire the Limousin-sired Champion and the Overall Reserve Supreme Champion was the steer Champion Jimmy from Mark and Sarah Harryman, Pickering, North Yorkshire. The May 2016 born steer, by Keskadale Fame out of a Limousin cross cow was bred by Messrs Richardson of Gatesgarth, Cumbria, and purchased by Mark and Sarah at Cockermouth Market. The autumn proved to be very fruitful for the 18-month old steer, he went onto take the Reserve Champion spot at Borderway Agri-Expo just a fortnight later and then the steer Championship at the English Winter Fair later in November.

Beau took the Reserve Champion Heifer spot for the Lyon family, Bourne, Lincolnshire. The home-bred May 2016 born heifer is sired by the family’s stock bull Ironstone Hornblower, a Rathkeeland Dylan son, who is breeding very well for them. As with Jimmy she too went onto further success over the autumn in taking the Homebred and Fed Championship at the English Winter Fair. Reserve Champion Steer was Maximus, a 12-month-old home bred son of Lodge Hamlet from Phil Price, Glasbury-on-Wye.

On what was a great day for the Price family, Phil’s parents Bernard and Mary Price, Hay-on-Wye, Hereford, won the Champion Exhibitor Bred with their March 2016 born heifer Mouse. By the family’s stock bull, Bringewood Glen, bought several years ago at a Limousin society Brecon sale and out of a Limousin dam purchased at the Ruthin Show Potentials sale, she too went onto feature in the winter fare accolades in winning the overall Championship at the Welsh Winter Fare.

Heifers led the way in the baby beef section with the Championship going to Jennifer Hyslop, Ayrshire with Sexy and I know It. Home-bred by the Limousin, Shire Apollo and April 2017 born, it weighed in at 258kg. She came to Harrogate having been champion baby beef at Coylton Show earlier in the year. Judge John Mellin, Long Preston said that his champion had caught his eye as soon as it entered the ring and was “a real show beast which was very correct on its legs.”

Standing second in the class to the baby beef Champion and then going onto take the Reserve Overall title was Toffee, a home-bred June 2017 born heifer from Taylor Charlton, Penrith. By Emslies Galileo she had won at the Westmorland Show in September.