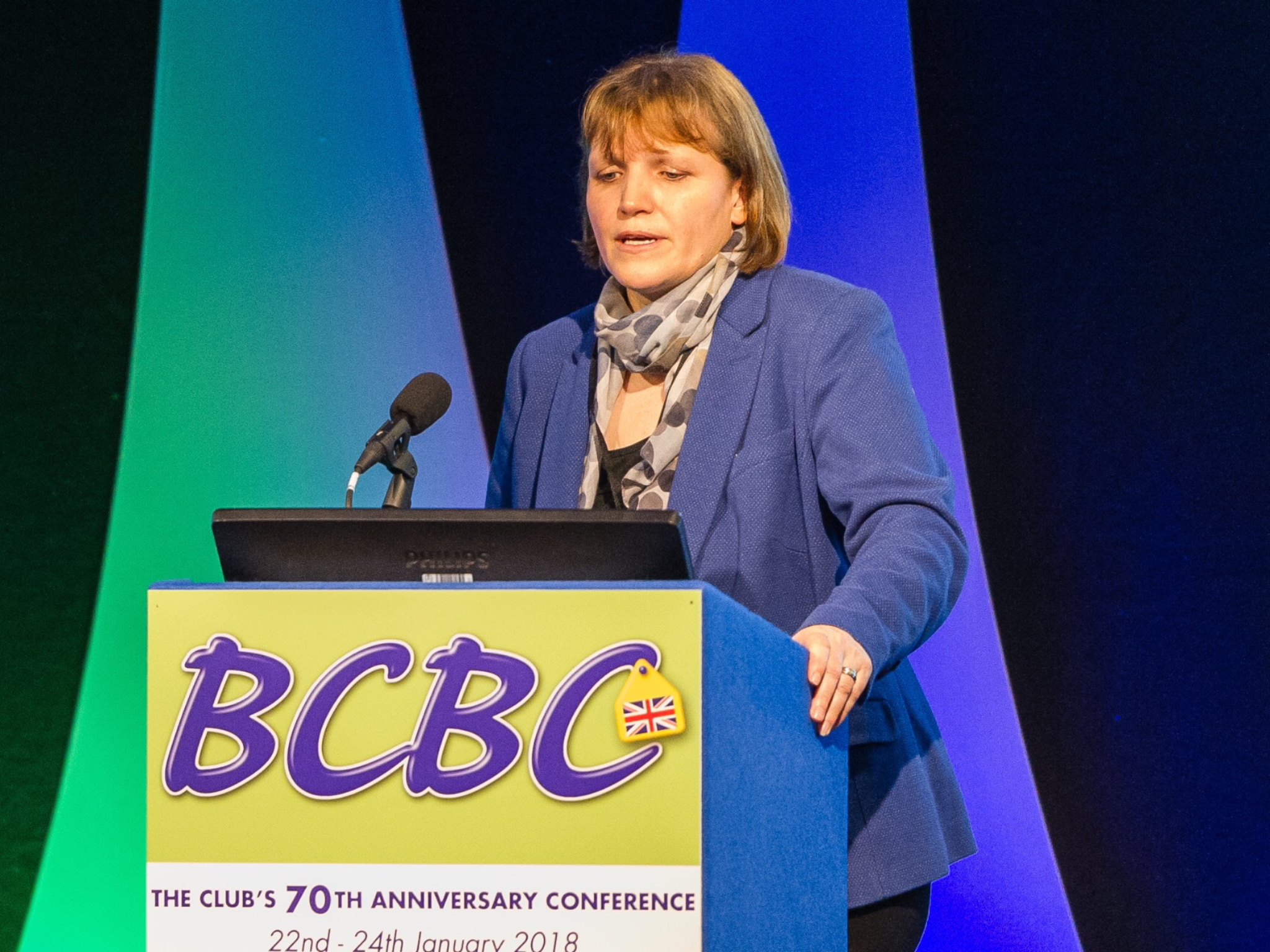 Speaking at the 70th British Cattle Breeders Conference in Telford on Tuesday 23rd January, the British Limousin Cattle Society’s (BLCS) Technical Manager Alison Glasgow demonstrated how the breed is delivering opportunities for UK producers to trap additional income from the genetics of their cattle.

Her presentation ‘Adding Value to the Supply Chain’ clearly set out how the exploitation of added value from genetic difference has the potential to impact on all parts of the supply chain.

In delivering her presentation Alison said, “Across all breeds our most easily available resource – genetics- has not been exploited by the industry to the same degree as other areas of animal breeding, feeding and management. The consequence of this is it presents an essential and critical resource to exploit at a time when positive margins are becoming increasingly difficult to achieve through good practice alone, and at a time when market instability demands rapid response to change”

In 2014, the BLCS adopted a long range Breed Improvement Plan which identifies a range of key areas where investment in genetic improvement will result in a population of market-relevant genetics that deliver key income opportunities across the entire supply chain. The presentation revealed how the plan is taking shape, delivering real £ value to those willingly engaging.

Limousin commercial producers and breeders can now use breeding values to select high performance genetics for a range of abattoir traits including Age to Slaughter, Carcase Weight and for six prime cuts; fillet, striploin, rump, topside, silverside and knuckle. The research undertaken with SRUC and ABP food Group in delivering these GEBV’s uncovered that for carcases weighing the same, and allocated the same EUROP grade for conformation, the difference in weight of striploin alone varied by around 2kg. When the combined difference between all six cuts was examined the difference in retail value between the top and bottom third of animals, again with the same weight and EUROP grade, was in the region of £150 per head. This is an income opportunity where the genetics that produce it can now be identified and captured. In addition, and on a level arguably leaving more pounds directly in producer’s pockets, the research demonstrated that animals with top 1% genetics for Age to Slaughter have the potential to finish around six weeks faster than those in the bottom 1% simply by dint of the fact they have inherited faster finishing genetics. At a modest £1.80 per day finishing cost this suggests that the faster finished animals could be worth £80 more than their slower contemporaries.

The wide use of Limousin as a suckler dam in the UK challenges the breed to deliver genetics that produce what it takes to be a productive, efficient, cost effective cow. In conjunction with SRUC the research undertaken to develop the GEBV’s for Female Fertility and Calf Survival Traits, launched last year, also revealed the opportunity to harness some added value. SRUC work has identified cost savings in the region of £42 per annum per cow mated from successful annual calving’s.

Limousin is the primary breed in the current Beef Feed Efficiency Scheme co-funded by DEFRA and AHDB. Work on feed intake and efficiency carried out to date in the UK is suggesting cost saving advantages from feed efficient cattle in the region of £30-40 over a 180-day feeding period, around 20 per cent of the total feed costs.

Commenting on Alison’s presentation British Cattle Breeders Club Chairman Andy Dodd said “It’s great to see the Limousin Society developing and now using genomics within the beef industry. We have already seen the benefits in genetic gain within the Holstein breed since the introduction of genomics in 2012. This new approach will enable UK farmers to accurately and efficiently supply cattle that are suited to the market and therefore maximise their financial opportunities”

For over 20 years, the Limousin breed has been the single most dominant breed in the UK. The breed has critical mass within the sector and, as such, change at genetic level will undoubtedly make its mark. Alison said “While it is unrealistic to anticipate that any sector player can capture and exploit all available benefits, the advantage of harnessing even a small part is clear; adding value from genetics is clear-cut”.