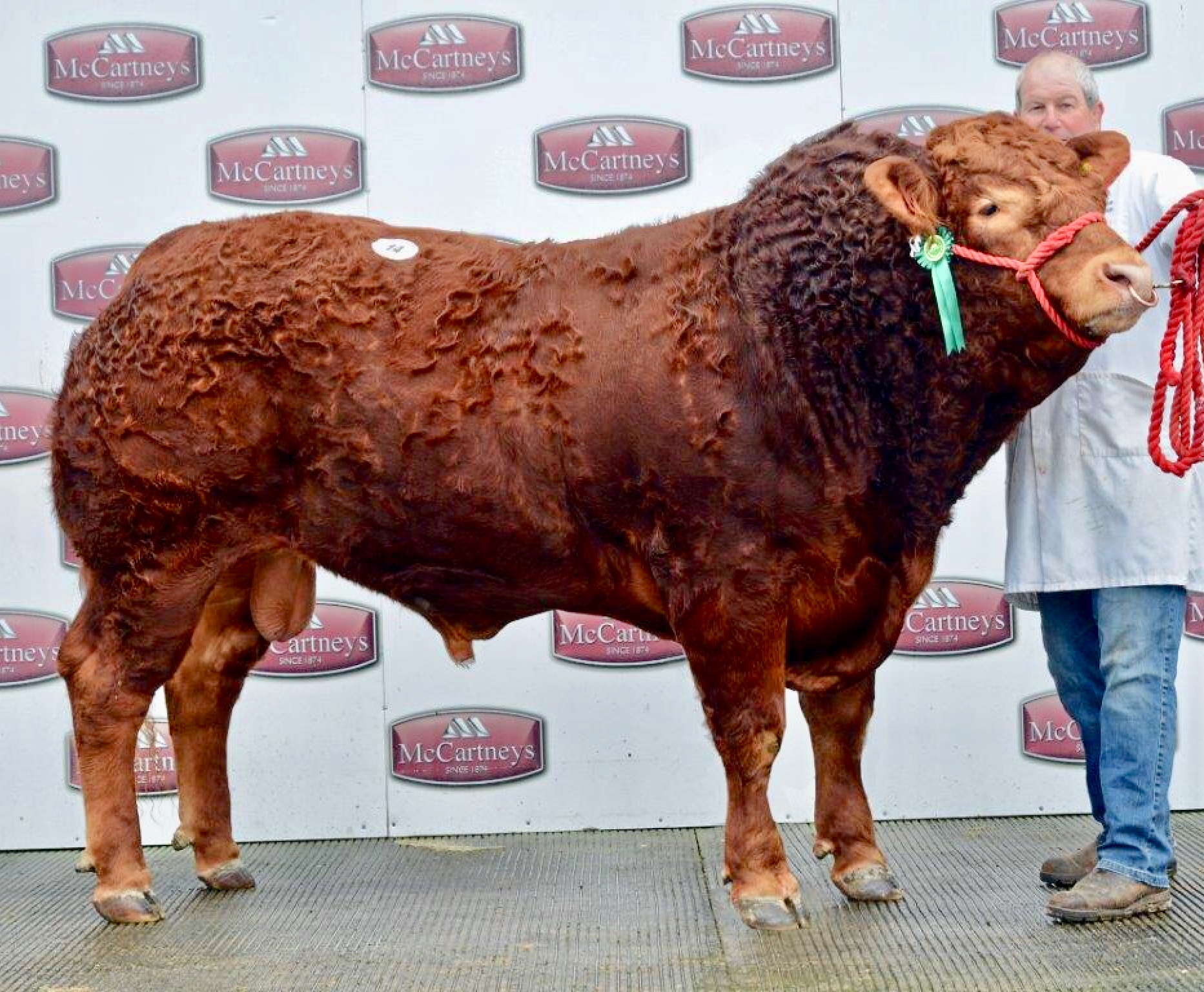 In what is only the fourth staging of this new and establishing early spring sale fixture at Brecon, nine bulls sold to average a solid £3348.

The second top price of 3700gns went to Nealford Master from Mr J H Neale & Son, Wilkie Down, Launceston, Cornwall. Again with a Beef Value well above breed average this August 2016 bull is a son of the well-known Wilodge Cerberus sired Ampertaine Foreman, and is out of one of the Nealford Herds top brood cows Nealford Tracy. A long clean well-muscled young bull with solid EBV’s he was bought by A S L & D Lewis, Llanbister, Llandrindod Wells, Powys.

Two consecutive lots from the Loosebeare herd of E W Quick & Sons, Crediton, Devon, followed at 3500gns. First was Loosebeare Miami, a May 2016 born bull by Loosebeare Jeeves and out of Loosebeare Impulse. His grand dam is full sister to the noted Loosebeare Fantastic. He was knocked down to G & A Williams & Son, Treddiog Fawr, Pembrokeshire. Next up was Loosebeare Manchester, who had placed as the pre-sale show Senior and Overall Champion. By Rocky, out of Loosebeare Evilla, he made his way home with Mr J R Norejko, Llandovery, Carmarthenshire.