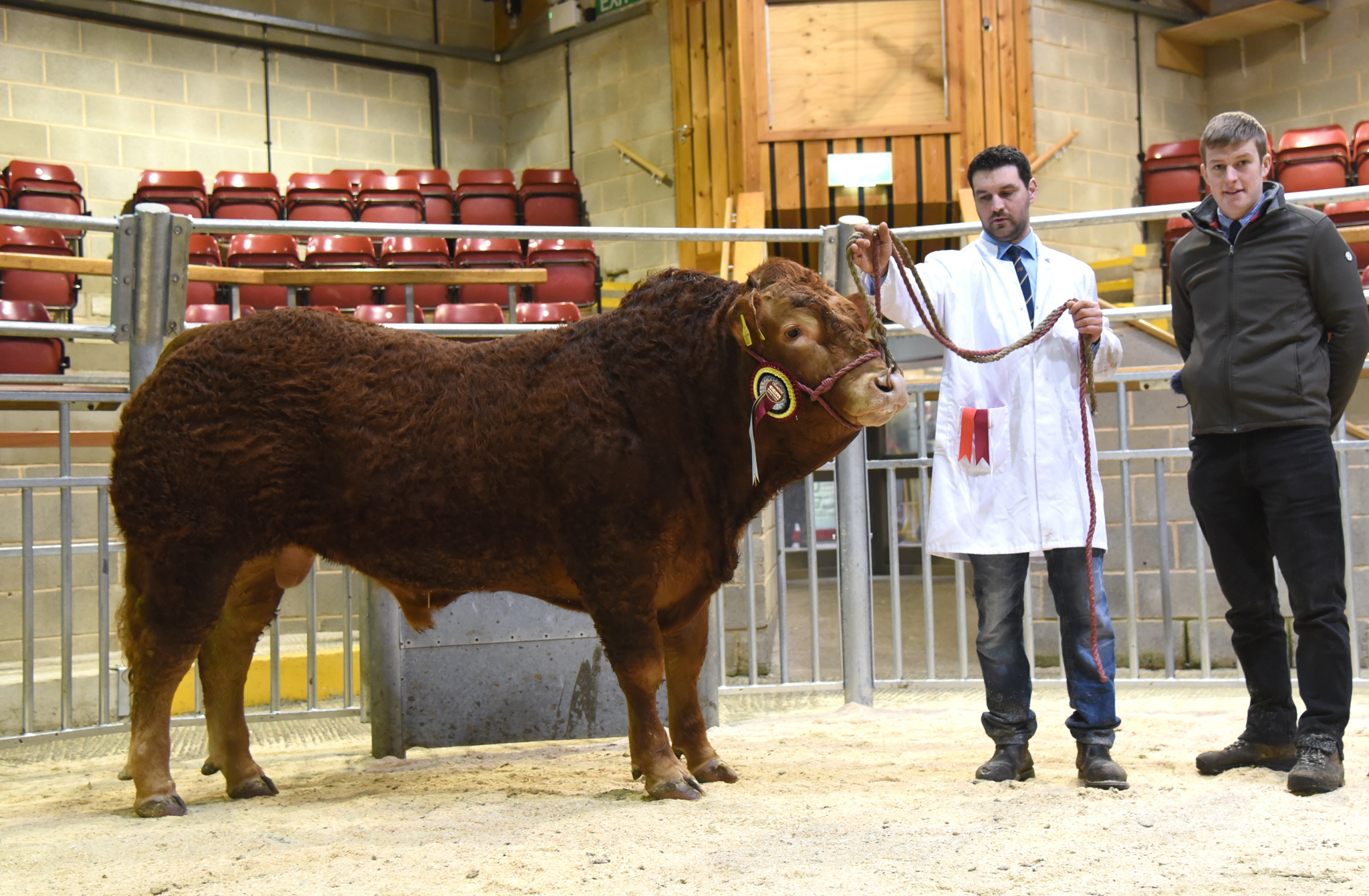 The North Craven Gunnerfleet pedigree Limousin herd of Jim and Ian Handley, based at GunnerfleetFarm, Chapel-le-Dale, Ingleton took the honours at a special show and sale of pedigree breeding cattle at Skipton Auction Mart on Wednesday 14 February.

Consigning a brace of 2016 born bulls in the shape of Gunnerfleet Mustard and Gunnerfleet Merling one stood as Champion in the hands of head stockman Brent Shuttleworth under the eye of Judge Rob Walker.

Both bulls, by the family’s 17000gns stock bull Masaiscote Graffiti have a back pedigree to Wilodge Vantastic and went onto sell for the joint top price of 2800gns. The duo went to the same buyer, Lincolnshire breeder and successful showman Clive Goulsbra, Brickyard Farm, Authorpe, Louth. First up was Gunnerfleet Mustard who is out of Gunnerfleet Eluna, herself with a pedigree going back to Broadmeadows Cannon. He was followed by the show Champion and half-brother Merling who is also bred from a good female line in Gunnerfleet Ginny.