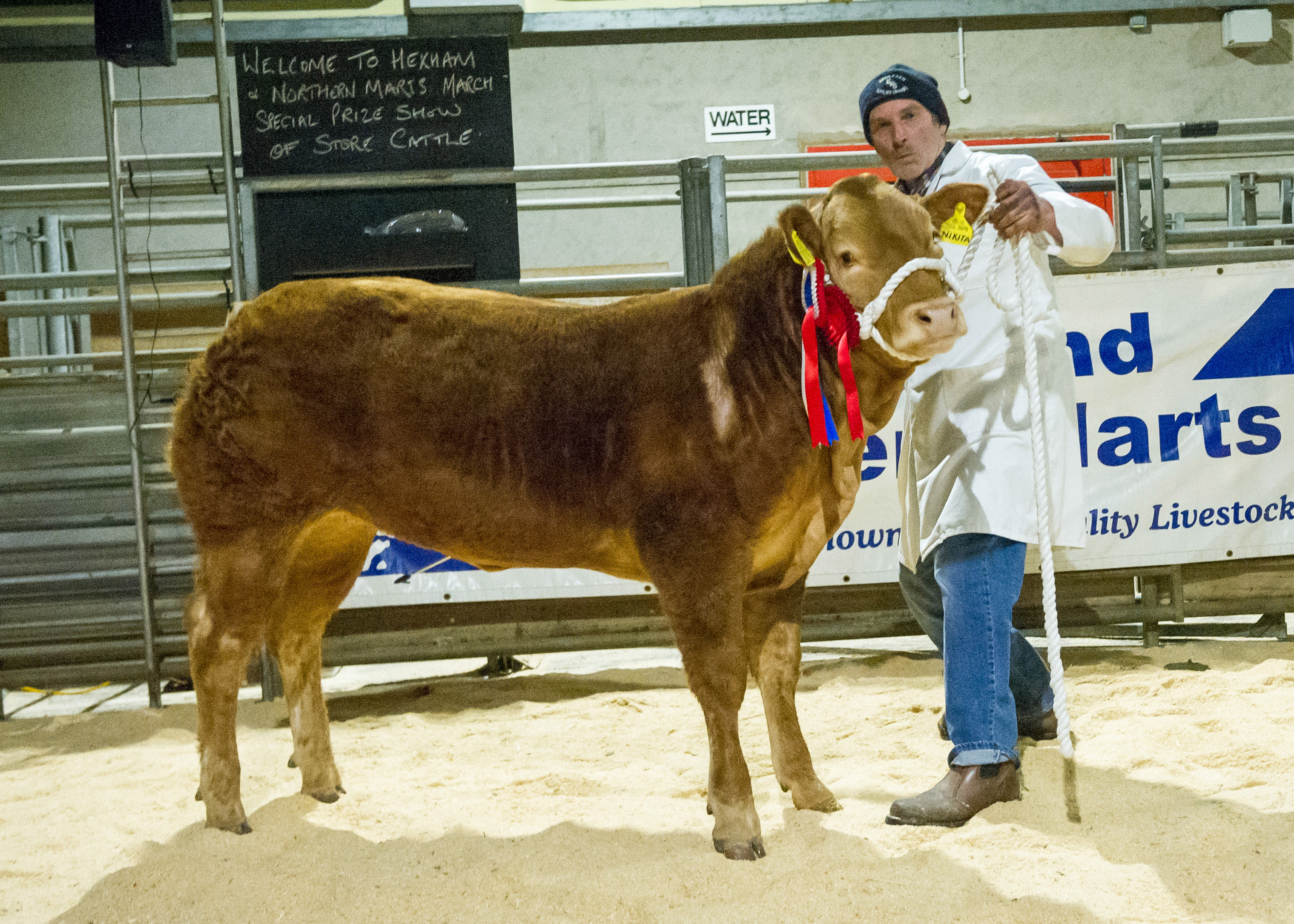 Hexham & Northern Marts held their Special March Prize Show and Sale over the 8th and 9th of March. The prize show was held on Thursday evening and a superb catalogue of over thirty calves was presented before the judges, Gwyn & Dion Edwards, Denbighshire, North Wales.

The hard fought preliminary classes were dealt with competently by the father and son judging team. With a keen eye for detail Messrs Edwards tapped out a smart pedigree Limousin heifer Hightown Nikita, at little more than eight months of age as their Supreme Champion. Nikita is from noted Northumbrian showman and Limousin breeder John Smith-Jackson, Hightown Farm, Melkridge. Home-bred, Nikita is by the family’s former stock bull Shire Apollo and out of Hightown Halley. Apollo, who died aged 17 years of age and was bred by Dougie Edgar of Penrith in 1985, is described by John as a “once in a lifetime bull” continues to have a notable influence on the Hightown suckler herd.

With a very strong standard of quality throughout all the prize winners the Judges tapped out their Female Reserve Champion as Overall Reserve Champion. The sleek black Limousin heifer, a similar age to the Champion, came from well-known County Durham lady competitor and show ring stalwart Mrs Julie Sedgewick, Ricknall Grange, Aycliffe.

With the ceremony of the previous night’s spectacle taken care of attention the next morning turned to the proper business of the day and the sale of cattle. A very strong entry of cattle was presented for sale from Northumberland, County Durham, Cumbria and the Scottish Borders. The main focus of the day was the sound entry of overwintered yearling calves from noted suckler herds from across the region. From start to finish, show cattle included, trade was set at a blistering pace with both regular and occasional buyers keen to vie for all classes. Leading the day was the Champion HIghtown Nikita at £2,300.