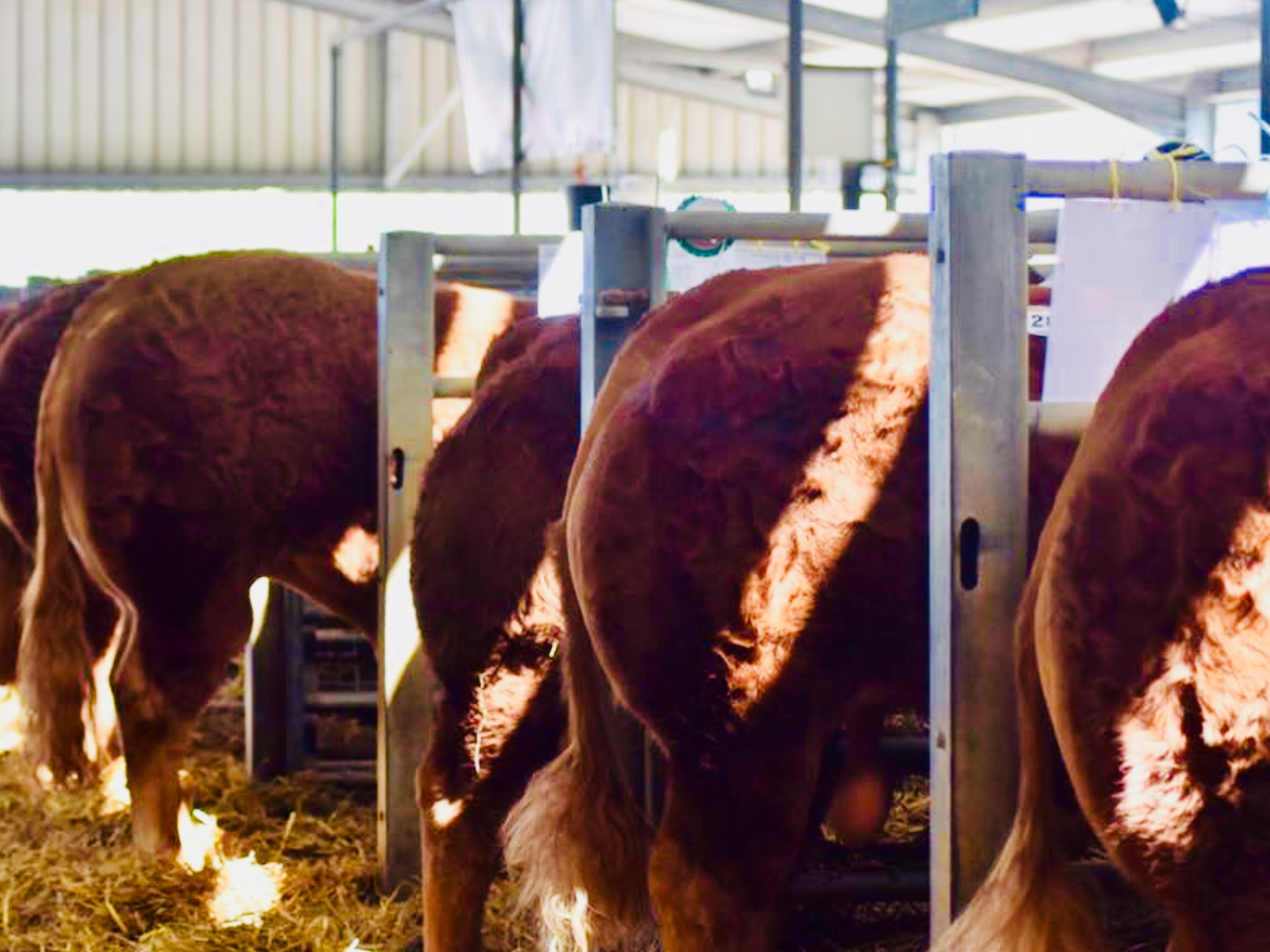 Pedigree and commercial buyers packed into Newark Livestock market on Saturday 21 April with a definite eagerness to buy. The bull trade peaked at 5800gns, while females went even higher, to top at 6000gns, under the gavel of auctioneer Paul Gentry.

Leading the bulls at 5800gns, to an undesclosed buyer, was Mcinnes Machine, from Ashley and Emma McInnes, Cowick Farm, East Cowick. The October 2016 natural calf is by the 27,000gns Loosebear Iain, Overall Champion at Carlisle in 2014 and out of Mcinnes Jasmine. At 5200gns came another from Ashley and Emma, this time in the shape of Mcinnes Michelin, another October 2016 born Loosebeare Iain son but this time out of Mcinnes Grace. Michelin was purchased by J D Leavesley, Needwood House Farm, Burton on Trent.

With 39 of the 42 bulls forward going home with new owners the day saw another clear demonstration of the keenness of buyers. Strong demand from the commercial sector means buyers are readily competing for the bulls of their choice, they are consistently looking for bulls with the carcase traits that the breed is renowned for. Overall, the bull trade averaged £3949, up £163 on the same fixture last year, for eight more bulls sold.

The Limousin Day at Newark featured a strong cohort of females, Pedigree cows in-calf or with calves at foot, in-calf heifers and maiden heifers.

Coming out on top at 6000gns was a cow and calf unit from Richard Bartle and Mary Cormack, Hereford. The May 2014 born Absolute Jutesse came into the ring with her seven month old heifer calf at foot Absolute Narcisse. The pair have some quality breeding behind them, Jutesse is by Diamant, Interbreed Champion at the Royal Welsh in 2014 and out of Newstart Upsydaisy, Interbreed Champion at the Royal Show back in 2007. Narcisse is sired by Dinmore Lionheart, Interbreed Beef Champion at the 2017 Royal Three Counties Show. The pair went home with H D and P J Cranfield, Copylawn Farm, Edenham, Lincolnshire for their Copylawn Limousin Herd.

At 5800gns came another cow and calf unit, this time from Ashley and Emma McInnes. The November 2014 born Mcinnes Jean had her seven month old bull calf by Loosebeare Iain at foot. By the Wilodge Cerberus son Corridan Hakka and out of Greenwell Lenette she is full sister to the 9000gns Greenwell Annette. Making the winning bid was J and T Waring who run the Everpark Herd at Park Farm, Everingham, York.