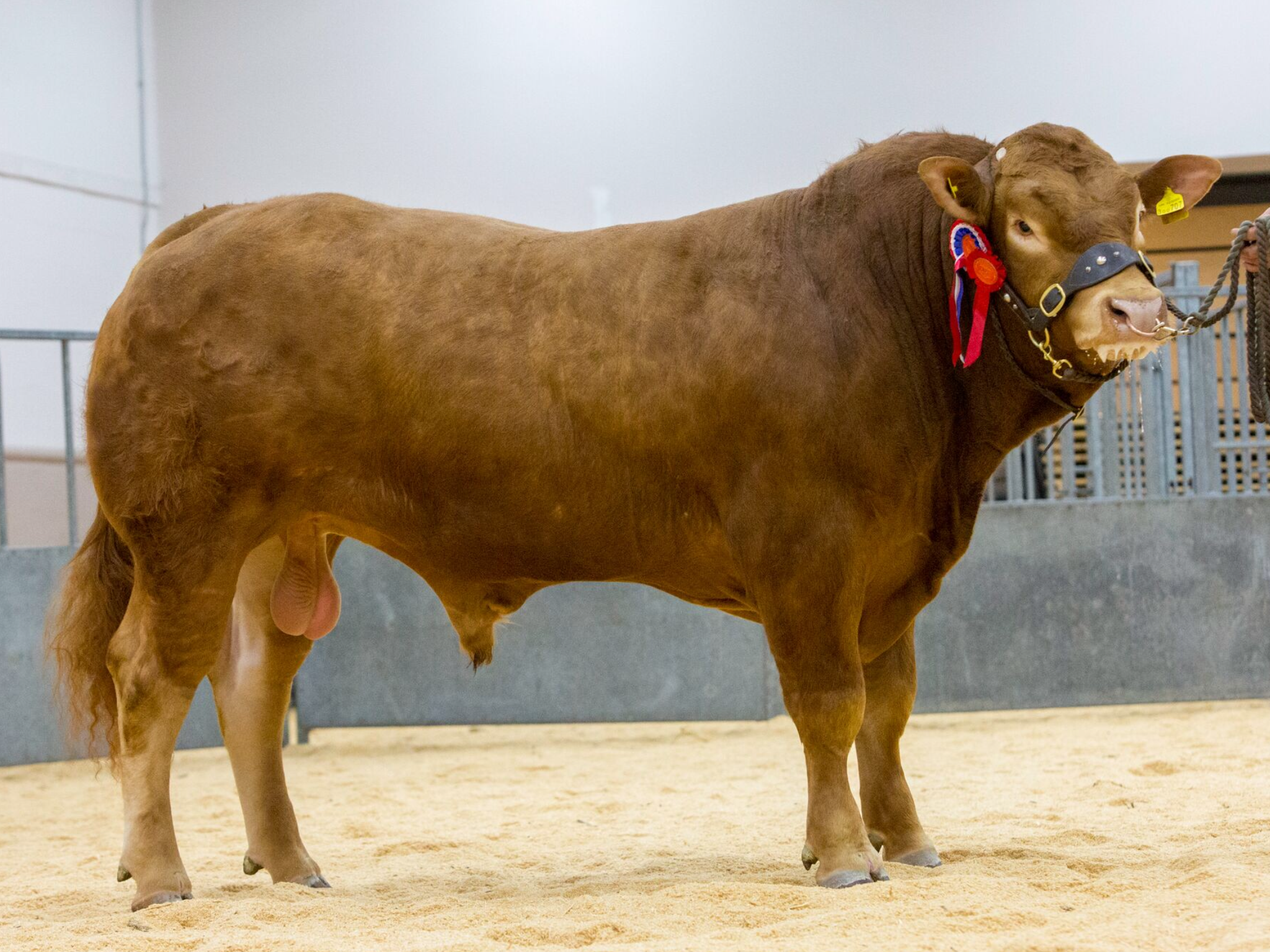 Walkers Murray from P A Walker, Easterside, Stonehaven was tapped out as Champion Limousin by Judge Andrew Reid at the multi-breed show and sale of pedigree bulls and females at Thainstone Centre on Monday 1 May.

In the post-show sale the 22 month old home-bred bull, by Allanfauld Gazza and out of Walkers Irrelissa was knocked down to A & C Watson, Stonehaven for 5000gns.

The Limousin Reserve Champion was Elrick Malt from M Massie, Mains of Elrick, Auchnagatt. Also home-bred, this August 2016 born bull is by the highly successful Foxhillfarm Impecabull and out of Elrick Holly. He realised 4800gns in selling to M & J Bruce, Watten, Wick. 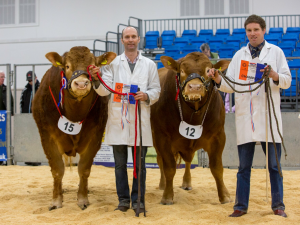 Craig Malone of Pitcairn Farm, Cardenden, Lochgelly, clinched the Commercial Champion and Reserve Champion titles with Limousins for the second year in a row. The event saw 280 adult entries of cross heifers with their spring born calves at foot.

It was his Limousin sired heifer with male calf at foot which took the Championship honours, later selling for £3100 to GM Barclay, Tullo of Gavock. Mr Malone’s heifer with female calf at foot took the Reserve spot. This pair went onto make the top price of the day, a super £5,200 when selling to G Cameron, Argyll.