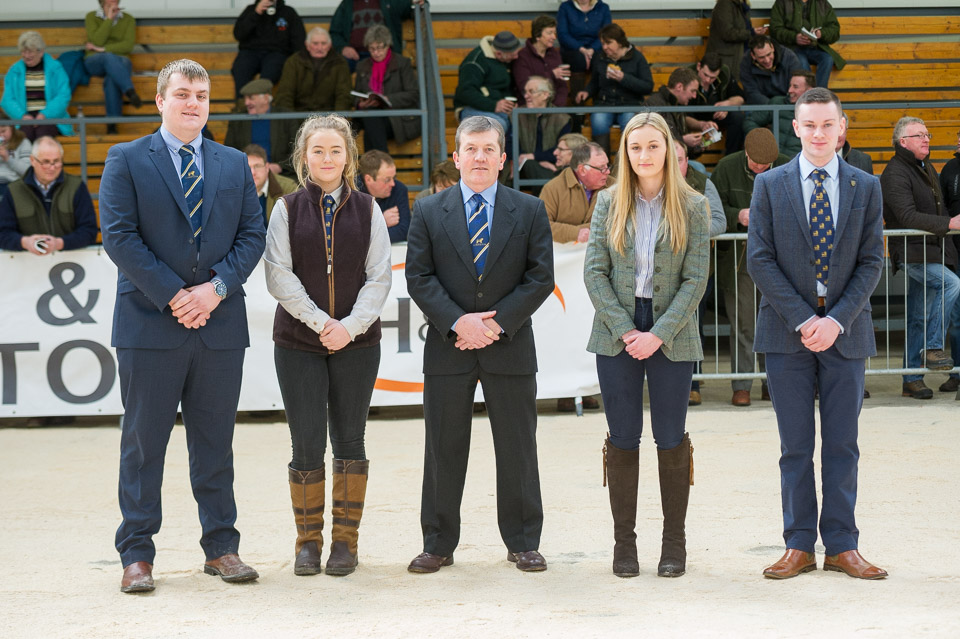 The Young Limousin Breeders Club (YLBC) has published its schedule for the 2018 season of activities and competitions. 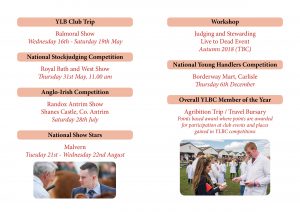 The club trip has been reinstated this year and around 20 club members are off to Balmoral Show from 16th -19th May, which will include an accompanying tour of a couple of herds as well.

This year the National Stockjudging Competition will be held at the Bath and West Show on 31st May at 11am. Application forms are now out and if you would like to participate please download one from the Young Breeders section of the BLCS website. There will be up to three classes of four animals to judge and reasons to be given on one class. Harry Parker has agreed to be the Master Judge and he will hear the reasons on the day. This competition acts as a qualifier for the Anglo-Irish contest later in the year, to be held at the Randox Antrim Show on Saturday 28th July. There is a regional element to the team competition of the National Stockjudging event so please try to encourage as many of your regions best stockjudgers to participate. 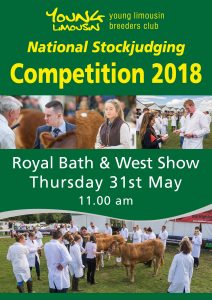 A number of YLBC members have had the opportunity to shadow judge at Carlisle over the last 12 months. It has been a great opportunity for them to learn the mechanics of judging a large line-up of classes efficiently, and to participate in the whole judging process. There are spaces available in May at Carlisle, if anyone is interested in doing this.

Teams are not yet finalised for National Young Stars event held at the Three Counties Showground in Malvern during August. If you have a team of three, or would like to compete, please let the club Chairman, Stephanie Dick know. Each team is expected to display a promotional stand, prepare and show two animals, engage in some public speaking and display their stockjudging. While the rivalry between breeds is fierce, there is also a huge element of support and camaraderie among the competitors. More information can be found at www.nationalyoungstars.com

Andrew Adam’s account of his BLCS Bursary funded trip to Western Canada in November 2017 was published in the winter edition of the Limousin Magazine. Amy Lindsay was announced as the 2017 winner of the Bursary prize and will complete her trip in autumn 2018. Both Andrew and Amy were recipients of the Bursary because they participated and scored highly in the most YLBC events over respective years 2016 and 2017. Have a crack at the 2018 Bursary award, Andrew will tell you it is a once in a lifetime experience!

YLBC membership subscriptions are due annually in January, and if you have not already signed up for another year please download a subscription form from the BLCS website. The annual cost for Membership is just £10.

Many more updates to YLBC activities will be available as the year progresses, either on the BLCS website or social media channels. The club is planning a Workshop for autumn 2018 with a range of events for members to participate in over a weekend. It is certain to be a fantastic event not to be missed.