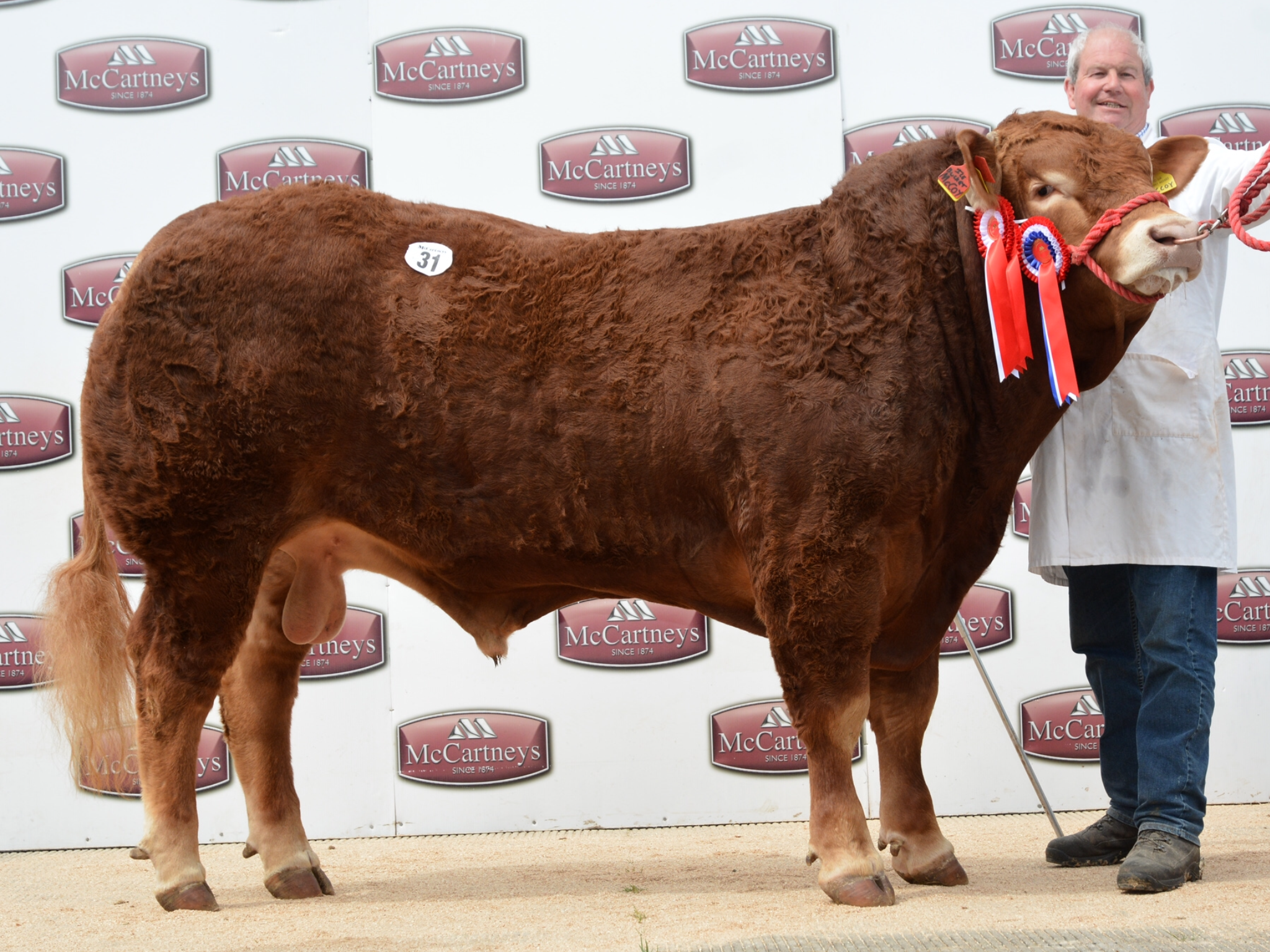 It was a near full clearance of the bulls coming forward for sale at the British Limousin Cattle Societys Spring sale at Brecon Livestock Market on Saturday 12th May. A total of 36 of the 39 bulls forward found new homes selling to an average of £3971.04.

Leading the trade at 6700gns was Killerton Mccoy from Mr & Mrs PW & SM Greed, Exeter, Devon. The November 2016 born bull had been tapped out as Junior Male Champion and Overall Champion in the pre-sale show by Judge Mr Paul Tippetts. By Crossdykes Goliath and out of Killerton Icebucket he was knocked down to WI & J Adams, Cwmtwrch.

Next up in the price leagu was the last lot in the ring Ashledge Newark from Messrs AG Kirton & Son, Bewdley. The March 2017 born bull, by the Cloughhead Umpire son Haltcliffe Iceman and out of Ashledge Honesty was purchased by JT Lewis, Newtown.

At 5200gns came Foxhillfarm Nottonight from Mike & Melanie Alford, Cullompton, Devon. Placed second in his class in the pre-sale show the January 2017 born bull by Neuf out of Foxhillfarm Izzy was knocked down to Morgan & Jones, Aberystwyth.