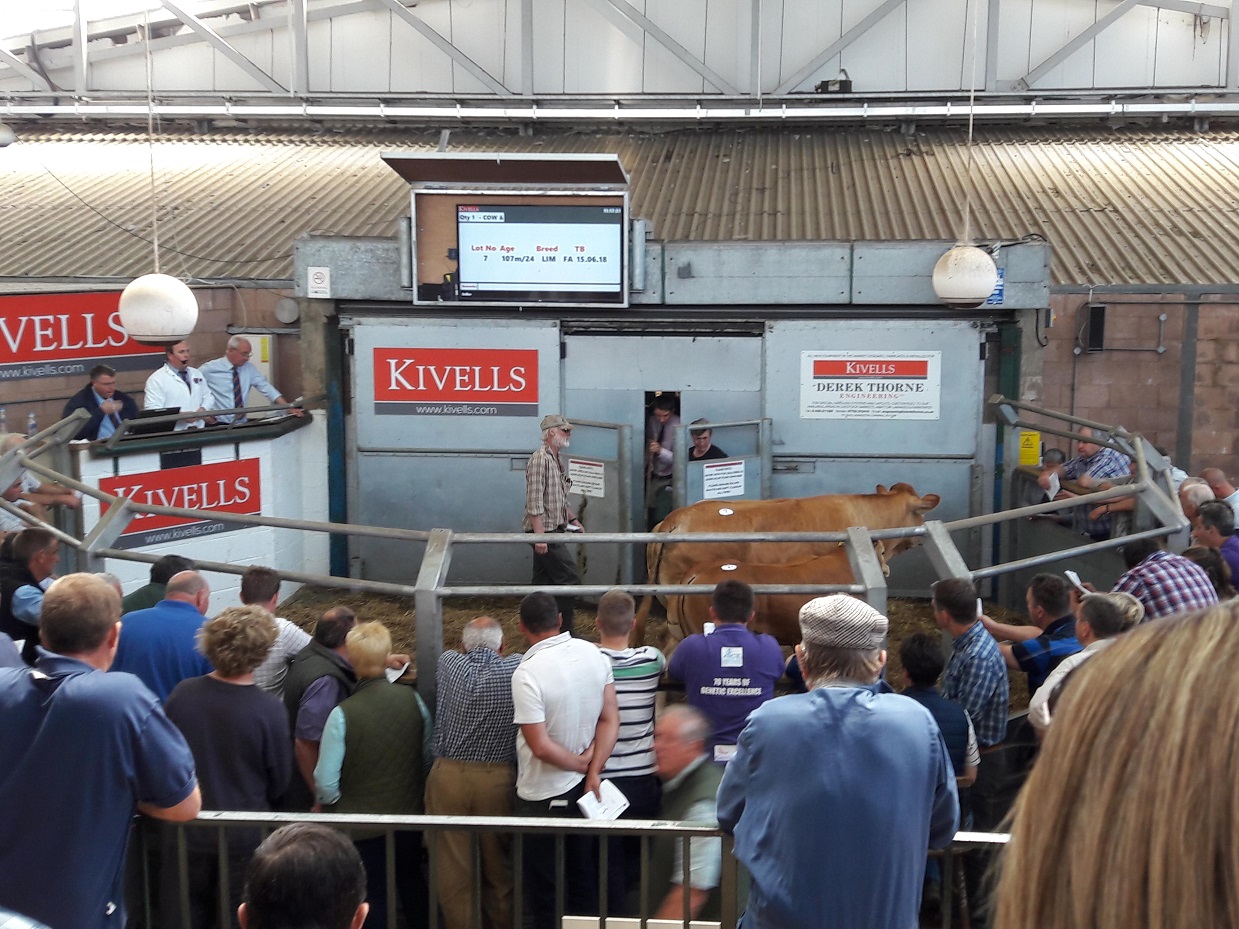 A good entry of pedigree Limousin cattle for the Summer Sale at Exeter Livestock Centre, Devon, on the 22 June met a selective trade as the effect of very little rain and a shortage of grass and forage became evident.

Sold separately, trade topped at 2,570gns for a cow and calf outfit from C R and M M Gollop and Sons, Cullompton, Devon. Sloughpool Eillen, a 2009 born daughter of Lumbylaw Penandpaper was knocked down to L J Bradford, Higher Park, Iddesleigh, Devon for 1,550gns while her seven-month old bull calf by Loosebear Ipad made 1,020gns in selling to G French, Dullford, Cullompton.

The Gollop family sold other similar outfits to 2,450gns twice. First came Sloughpool Jade, a four year old by Ampertaine Clinton with her eight-month old Loosebear Ipad bull calf at foot. The purchaser was A S Ball, Treleigh Farm, Bodmin. Making the same money was the next lot in the ring, a three year old Sympa granddaughter Sloughpool Loulotte with her Lodge Hamlet heifer calf at foot. This pair was knocked down to A Thomas of New Breach Farm, Cowbridge.

Two useful cow and calf outfits from Messrs C and S Partridge of Tiverton sold well. A 2014 born cow by Columbpark Firefox sold with her March born Nealford Imperial steer calf at foot for 1,920gns and a 2015 born cow by the same sire, also with a Nealford Imperial steer calf at foot made 1,880gns. Both lots went to the same purchaser, P D Rowell and Son, Winscombe, Exeter.