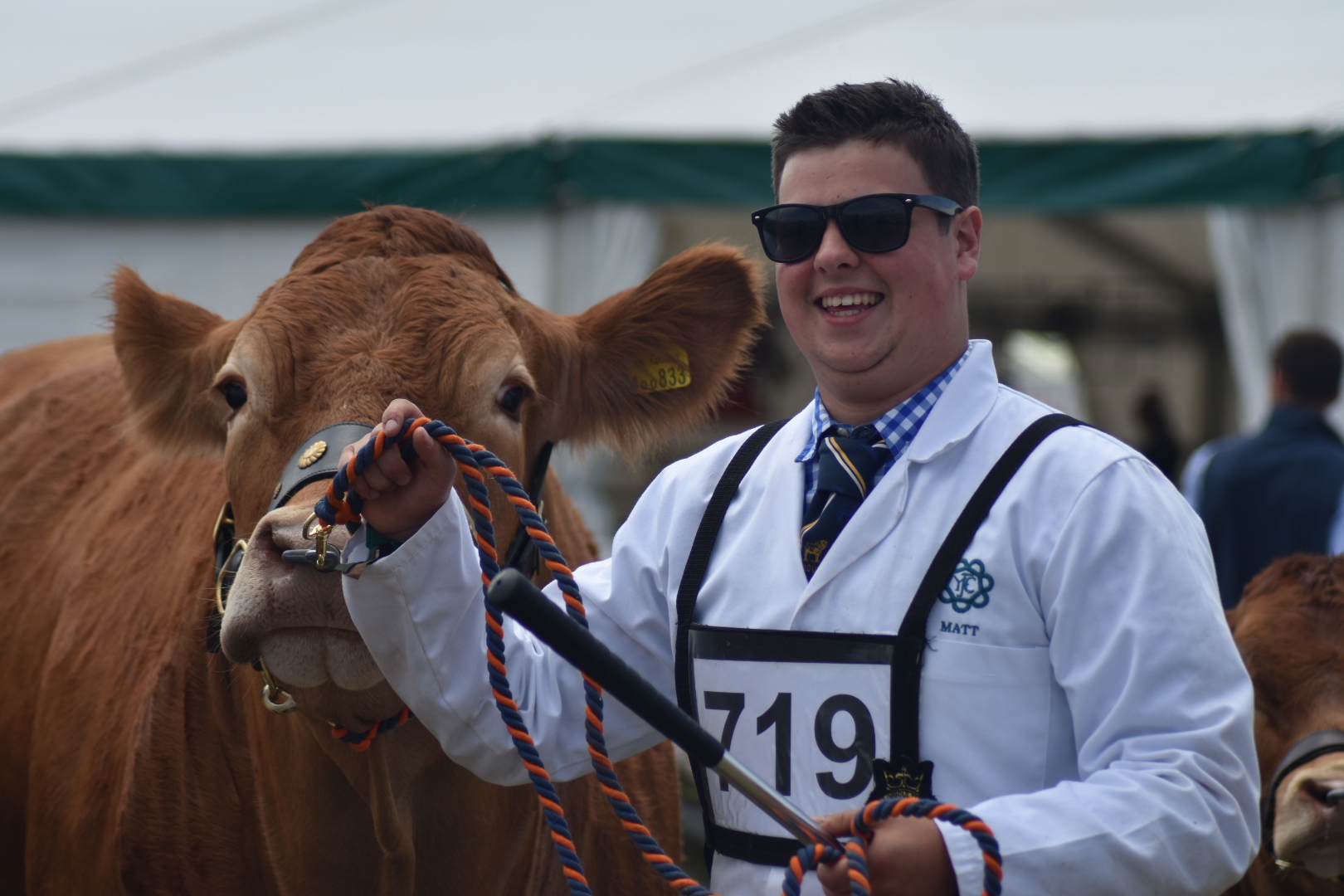 Young Limousin breeder Matthew Clark out shone some tough opposition to take the Champion Young Beef Handler 2018 at the recent Great Yorkshire Show in Harrogate. Although having won stockjudging classes at various events in the past this success marks his first Championship triumph at a ‘major’ contest. 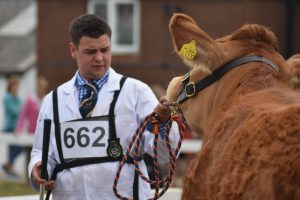 Around 35 young handlers were taking part in the competition, in different age groups, from all over the United Kingdom. Matthew was entered in the senior class for handlers between 17 and 20 years of age and was competing against 11 other young handlers. Matthew had to prepare and groom his animal for showing, a heifer on loan from Richard Priestly of the Brontemoor herd before presenting and showing to the judge Mr T Hayes who had travelled all the way from Victoria, Australia. Mr Hayes asked each young handler questions about the preparations they had undertaken for the class, after confidently answering Matthew was selected as the Overall winner. 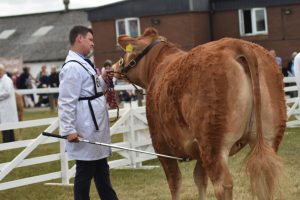 Matthew works with his parents Andrew and Alison Clarke at Hangram Lane Farm, Ringinglow, Sheffield, where they run the Mayfields Limousin herd.