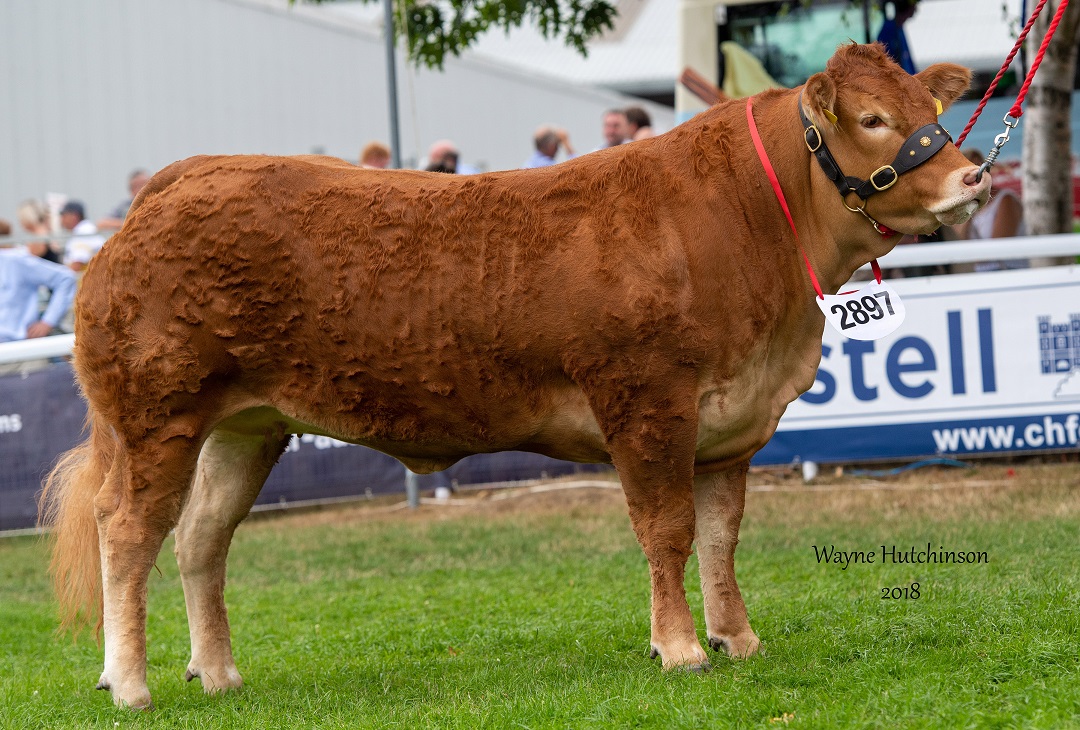 Limousins ruled in the Supreme cattle placings at Brecon County Show held on Saturday 4 August at The Showground, Watton, Brecon.

Fresh from success at the Royal Welsh Show last month, home-bred entries from Gareth Lee and Catrin Lloyd’s Calogale herd at Kidwelly, Carmarthenshire dominated the cattle Championships. They topped the South Wales and Mid-West Limousin Breeders’ Club Stars of the Future classes with the 18-month-old Trueman Jagger-sired Calogale Nightingale and then added the Reserve rosette with her full brother Calogale Ninja.

Their next success came when Nightingale came up against her stablemate Calogale Majestic, a two year old by Wilodge Vantastic, who had earlier in the day been tapped out as Overall Limousin Champion.

Nightingale then went onto Interbreed victory when she came before Judge Mr H Beavan, Abergavenny. She paired up with her brother Ninja to take the red rosette in the pairs Championship.